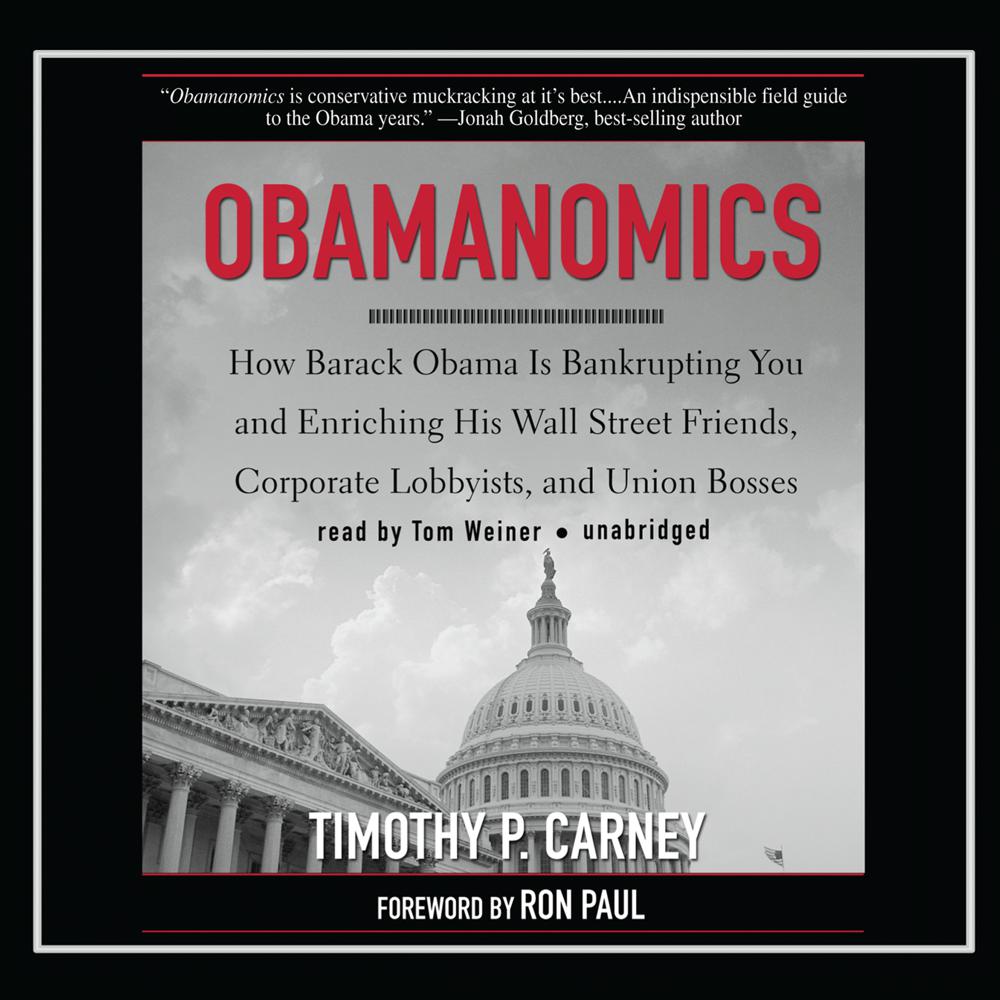 Sweetheart deals for Wall Street, the nationalization of the automakers, global-warming regulations, and President Obama’s unprecedented spending spree are an all-out assault on regular Americans’ pocketbooks.

In Obamanomics, Timothy P. Carney shows how the economic corruption of President Obama’s Washington is far beyond political business as usual. From a free-spending stimulus package that was a treasure trove for Obama-friendly corporate interests and lobbyists, to the revolving door between Wall Street and the Obama administration, to putting the unions in the driver’s seat of GM and Chrysler, Obamanomics tells it all. And the worst part is that the American taxpayers have to foot the bill—whether they like it and voted for it or not.

“Every libertarian and free-market conservative who still believes that large corporations are trusted allies in the battle for economic liberty needs to read this book, as does every well-meaning liberal who believes that expansions of the welfare-regulatory state are done to benefit the common people.”

“‘Every time government gets bigger, somebody’s getting rich.’ With this astute observation, Tim Carney begins his task of laying bare the Obama administration’s corporatist governing strategy, hidden behind the president’s populist veneer. This meticulously researched book is a must-read for anyone who wants to understand how Washington really works.”

“The notion that ‘big business’ is on the side of the free market is one of progressivism’s most valuable myths. It allows them to demonize corporations by day and get in bed with them by night. Obamanomics is conservative muckraking at its best. It reveals how President Obama is exploiting the big business mythology to undermine the free market and stick it to entrepreneurs, taxpayers, and consumers. It’s an indispensable field guide to the Obama years.”

“It’s understandable for critics to condemn President Obama for his ‘socialism.’ But as Tim Carney shows, the real situation is at once more subtle and more sinister. Obamanomics favors big business while disproportionately punishing everyone else. So-called progressives are too clueless to notice, as usual, which is why we have Tim Carney and this book.”