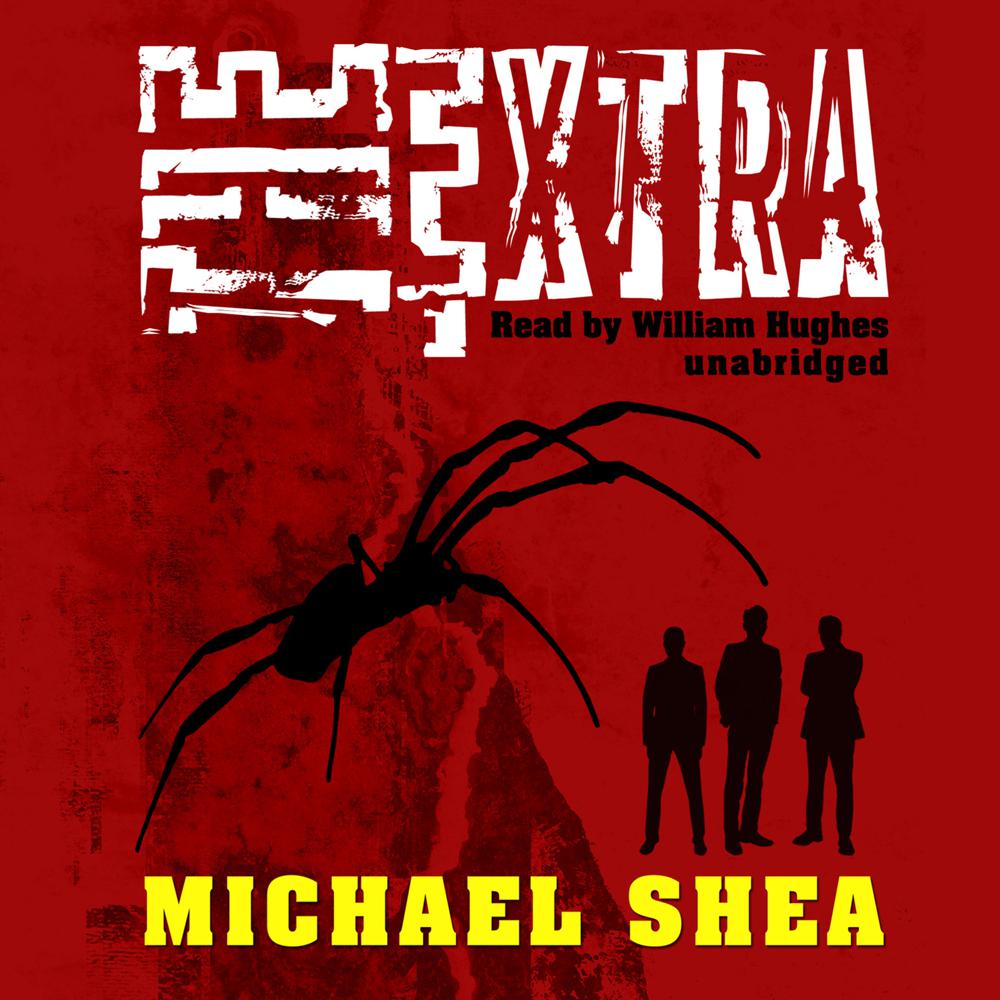 The Extra is set in a future California where members of a desperate populace sign contracts to participate in reality death films, knowing that less than twenty percent of them will survive. It’s a view of the future—and Hollywood—as delightfully cynical as Kurt Vonnegut, with sympathetic characters, Hollywood executive sleazeballs, and much more.

“The Extra packs more violence, hilarity and speed-freak action in its throw-away asides than most science fiction books build an entire story around. This is a hot ticket.”

“Shea offers a combination of gifts unique to him, I think: an innately edgy feel to the writing; a descriptive ability comparable to that of Jack Vance; a wild, blazing imaginative capacity; and a sense of humor permanently set to what rifleman used to call “rock and roll.” The Extra starts out at a dead run and accelerates from there, effortlessly wrapping the reader into its tale of gone-to-hell LA and a little bank of gutsy starvelings with blood on their hands.”

“Michael Shea’s The Extra offers intensity, great characters, action, satire that may well be prescient, fine writing, and intelligent nonstop entertainment. What do you want, dammit? This is the one!”

“Michael Shea puts his people in the damndest nightmares. He puts you in there with them, and drives the whole lot of you through a delirium of breakneck action and mad invention—hilarity and Hellfire itself. Wanna be in the movies? Step inside.”

“SF fans and thriller readers alike will go for the furious action on the ground and in the air, with carnage galore, hairbreadth escapes, and heroic sacrifices.”