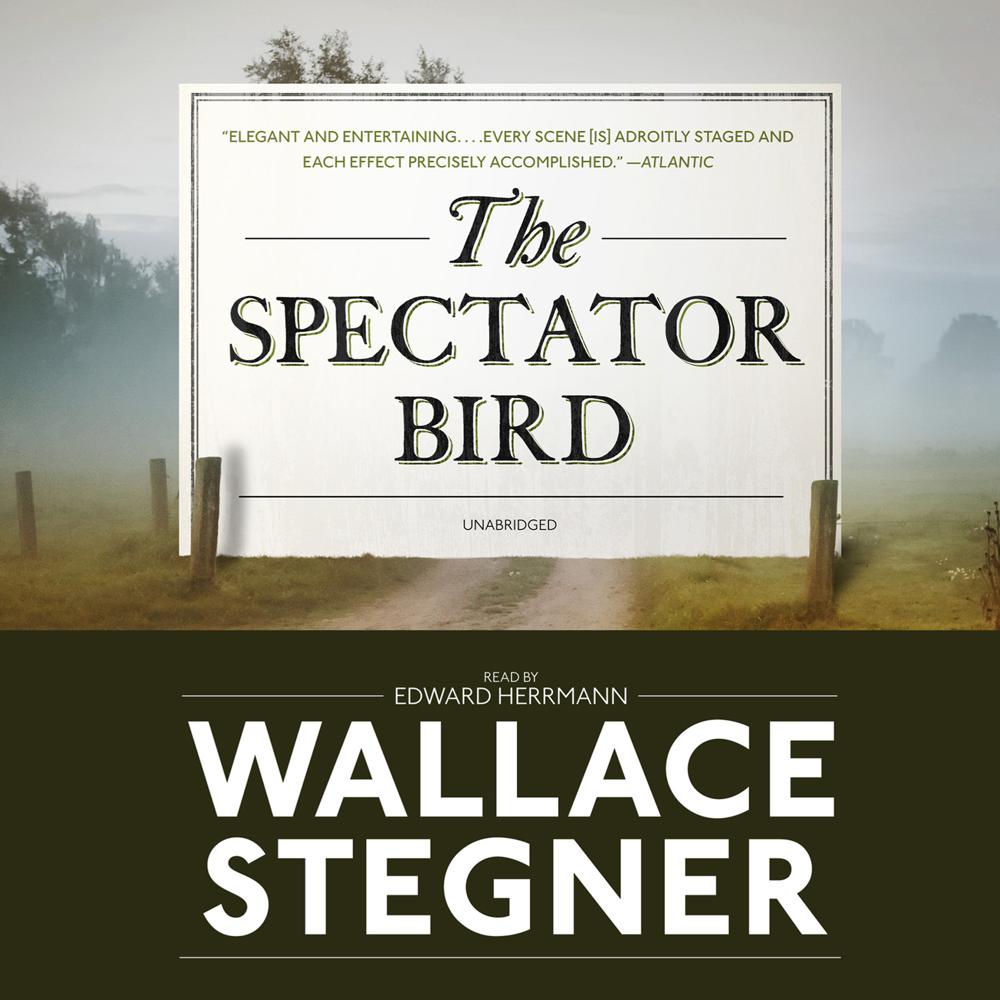 Joe Allston is a retired literary agent who is, in his own words, "killing time before time gets around to killing me." His parents and his only son are long dead, leaving him with neither ancestors nor descendants, tradition nor ties. His job, trafficking the talent of others, had not been his choice. He passes through life as a spectator.

A postcard from a friend causes him to return to the journals of a trip he had taken with his wife twenty years before, a journey to his mother's birthplace, where he'd sought a link with the past. The memories of that trip, both grotesque and poignant, read aloud to his wife so she too can reminisce, move through layers of time and meaning and reveal that Joe Allston isn't quite spectator enough.

This portrait of a husband and wife's marriage and a son's pursuit of his mother's memory is a literary masterpiece.

“Books like The Spectator Bird, especially in this fine reading by Edward Herrmann, offer the reward of ideas that will resonate for a long time and characters whose sometimes-epic sorrows resolve on a human scale. Herrmann's vocal characterizations are subtle but distinct—from the ‘Bryn Mawr’ accent of the narrator's wife to the accents of the Danish women (including Karen Blixen, better known as Isak Dinesen) whom the narrator meets on a recuperative vacation. As Joseph Alston, a dutiful man whose passions are not easily engaged, Herrmann moves from resignation to frustration to love and self-knowledge. Herrmann gives a mature and complex performance of a mature and complex novel.”

“Edward Herrmann is perhaps best known to younger audiences as kindly, patrician Richard Gilmore on the television series Gilmore Girls. Here, Herrmann uses his same elegant persona to amplify and underscore the bittersweet nuance of Stegner’s novel…There are hidden reserves of frustration and displeasure in Stegner’s tale, and Herrmann aptly conveys these emotions with short, sharp bursts of dialogue matched with longer, more drawn-out ellipses of exposition. He even manages a serviceable Danish accent to top off his flawless performance.”

“The Spectator Bird won the National Book Award when it was first published in 1976, and the story is no less intriguing now; Joe’s gripes with the modern world still resonate. Reader Edward Herrmann sounds just like the doleful old man whose story he narrates. His famous voice…brings a grace to this telling of a classic story…The Spectator Bird, and Mr. Herrmann’s reading, is recommended to anyone with a taste for both adventure and quiet reflection—which many describe every reader.”