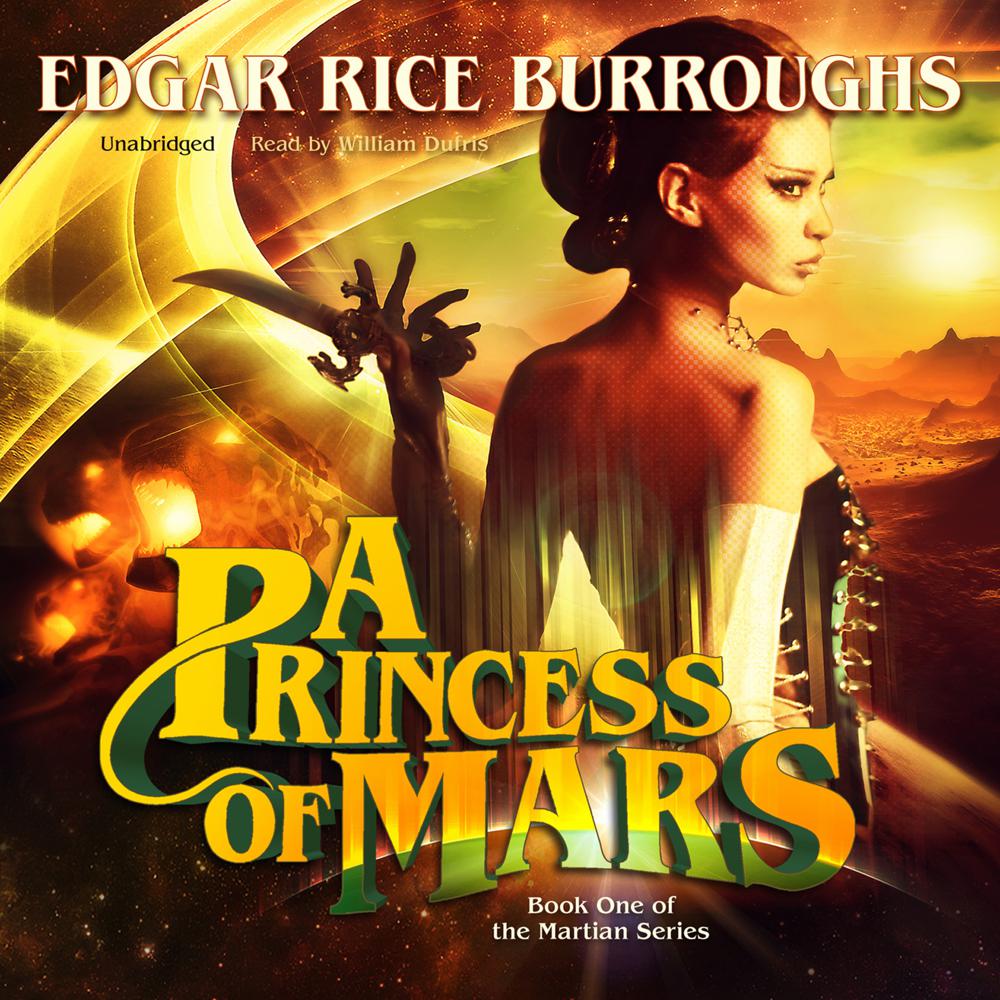 Ex–Confederate Army captain John Carter finds himself suddenly and unwittingly transported to Mars while fleeing Apache Indians. This new world is populated by a race of monstrous Martians whose culture is based on the ability to fight for their race. Captured by the savage green men of Thark, John discovers that the gravitational difference between Mars and Earth has endowed him with the strength that he will need for survival on this hostile planet. He battles ferocious Martian creatures and gains the respect and friendship of the Barsoomians. Along the way he encounters the beautiful Dejah Thoris, Princess of Helium, and earns her everlasting devotion.

“Might it really be possible—in fact and not in fancy—to venture with John Carter to the Kingdom of Helium on the planet Mars?”

“This is a wonderful scientific romance that perhaps can be best described as early science fiction melded with an epic dose of romantic adventure…Sheer escapism of the tallest order, the Martian novels are perfect entertainment for those who find Tarzan’s fantastic adventures aren’t, well, fantastic enough. Although this novel can stand alone, there are a total of eleven volumes in this classic series of otherworldly, swashbuckling adventure.”

“[A Princess of Mars] is arguably the most fun of the eleven Martian tales Burroughs eventually wrote, as almost everything in it is new and strange, from the giant four-armed green Martians to the fantastic six-legged thoats. Tarzan may be Burroughs’ most famous character, but his Mars stories are still widely read.”

“When it rains in a Burroughs novel, the reader gets wet.”

“Pure escapist fantasy/romance, Burroughs was ahead of his time…William Dufris keeps the action steady from beginning to end. Good family listening.”