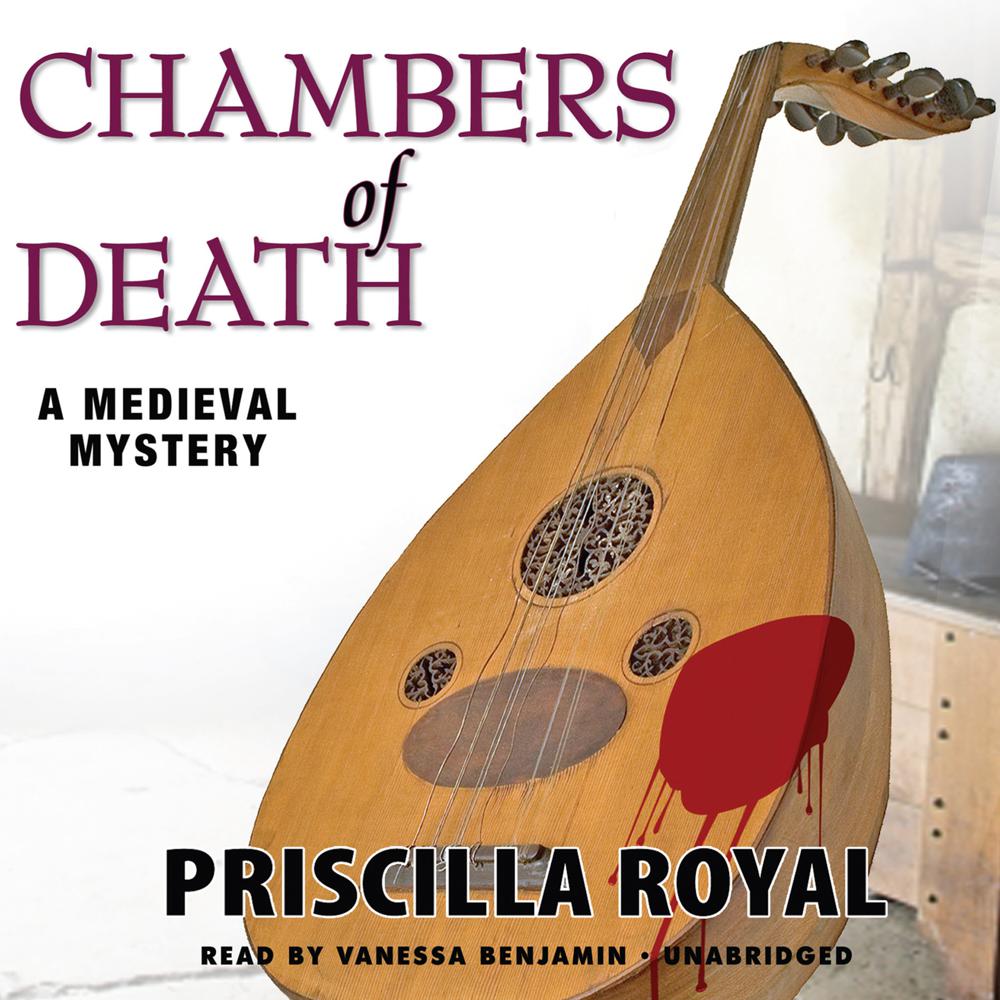 When one of her company falls ill on a return journey to Tyndal, Prioress Eleanor accepts lodging at a nearby manor. There, Master Stevyns’ wife is having an affair with the groom, while a local widow acts more the lady of the manor than the lady herself. The master’s eldest son and spouse are obsessed with sin and heaven, while his youngest son, bound for the church, unexpectedly returns with more interest in lute playing than the priesthood. It is no surprise when someone’s throat is cut, but the sheriff does all he can to avoid offending the family rather than seeking the real killer. When he arrests a servant, she herself is stabbed before she can either prove her innocence or be taken off for hanging. Eleanor must discover the dark secrets that have led to this string of killings before the murderer strikes again.

“As the author of Forsaken Soul and Chambers of Death, I wanted you to know how delighted I have been with the readings of my works by Vanessa Benjamin. Not only does she have a wonderful voice for works set in thirteenth-century England but she has caught the characters perfectly with inflection and accent. Many thanks for having her do the audios of my books. It has been a pleasure to listen to her read them.”

“Royal’s medieval mysteries keep the characters believable to the time and offer enough details and personal traits that listeners will relate to them. Narrator Vanessa Benjamin delivers the quirks of this story with verve; hilarious nicknames, insulting personal descriptions, deliberate mispronunciations, and diverse accents are all splendid as they flow from her lips…The highlight of this fascinating story is the scene in which Eleanor and Thomas communicate in Latin—as if they are praying—a clever deception that enables them to talk in front of the enemy.”

“Suspense and suspects abound as the devout duo winds its way through the startling twists and turns of the well-crafted plot. A worthy successor to Ellis Peters’ Brother Cadfael, Prioress Eleanor also compares favorably with Peter Tremayne’s Sister Fidelma.”