What Dreams May Come
Richard Matheson 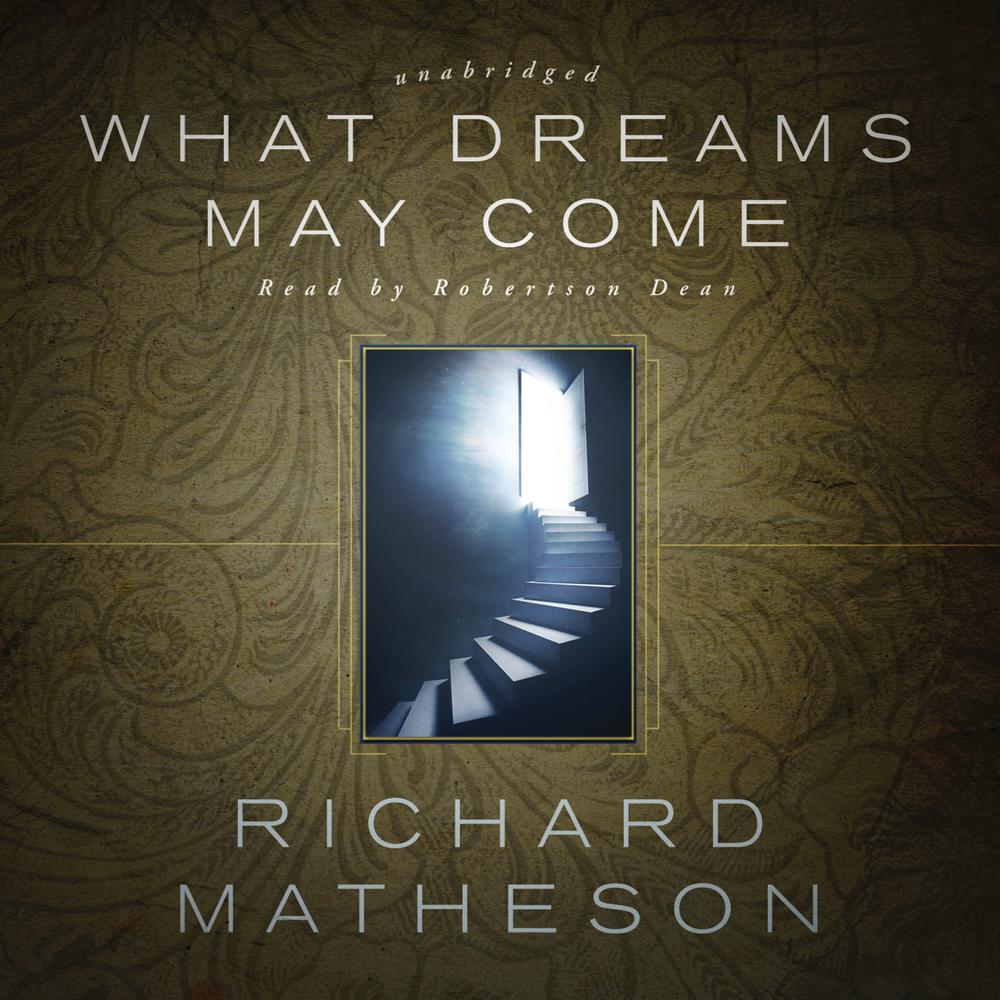 What happens to us after we die? Chris Nielsen had no idea, until an unexpected accident cut his life short, separating him from his beloved wife, Annie. Now Chris must discover the true nature of life after death. But even heaven is not complete without Annie, and the divided soul mates will do anything to reach each other across the boundaries between life and death. When tragedy threatens to divide them forever, Chris risks his very soul to save Annie from an eternity of despair.

Based on a wealth of research into the subject of life after death, this powerful story of the boundaries of existence and the love that transcends them was the basis for the Oscar-winning film starring Robin Williams.

“What Dreams May Come is a living, breathing masterpiece. And that’s saying a lot, considering that the novel opens with the death of the main character. As fine as Richard Matheson’s writing is, and that's also saying a lot, narrator Robertson Dean and the production team bring the story to life. Dean’s perfect voice reveals the fear and wonder of a man as he discovers what lies after death. Dean projects sheer joy as protagonist Chris Nielson is reunited with his long-dead pet and agony at not being able to reach the woman he loves. Yet his version of the afterlife is a wonderful, perfect place. The stillness behind Dean’s voice—without a single, stray sound—adds to the solemnity and beauty of the work. Never has silence sounded so good.”

“Whether, after reading this novel, one believes in life after death is of course a matter of opinion. At least you’ll entertain the possibility that, even though we may not live forever, true love can be eternal.”