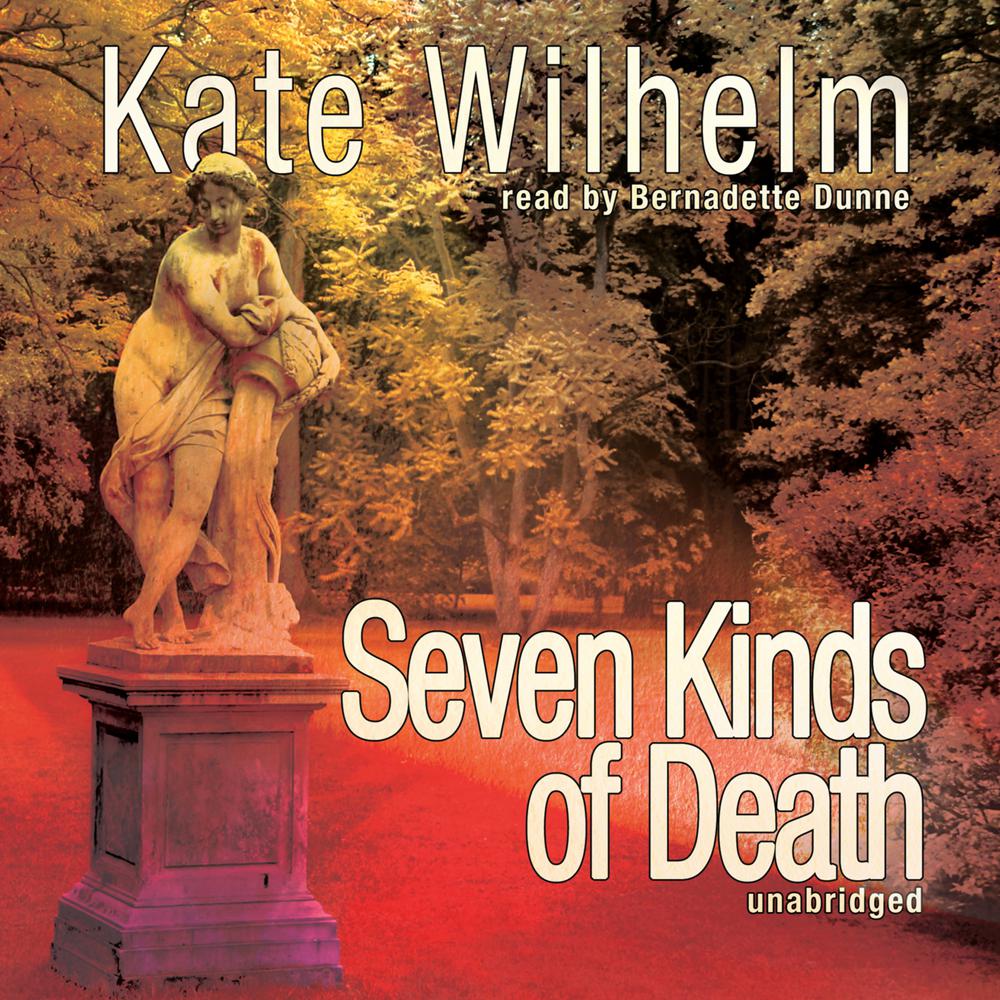 Constance Leidl and Charlie Meiklejohn are an unlikely pair of detectives. He is a former arson detective; she is a psychologist. Together, the husband-and-wife team has a knack for unraveling a mystery. Seven Kinds of Death is a famous sculpture, but the name takes on new meaning when bodies start turning up at the creator’s art colony.

A party launching the art tour of an old friend and the opening of her husband’s condominiums turns tragic when the sculptures are vandalized and one of the guests, a highly regarded art-magazine editor, is found strangled in one of the new condos. Charlie and Constance interview some of the guests and learn there has already been another death at the condo site, viewed at the time as an accident. Connecting the two deaths leads the two sleuths to an unexpected suspect.

“Adroitly meshing the worlds of commerce and art, this complex mystery calls for husband-and-wife investigators Charlie Meiklejohn and Constance Leidl to muster all their maturity, shrewdness and intuition…Wilhelm deftly leads her clever sleuths through an intricate plot.”

“Bernadette Dunne is a great choice for this mystery revolving around black magic and murder in an isolated artists’ colony…Dunne perfectly captures the tension felt by investigator Charlie Meiklejohn and his partner and wife, Constance Leidl, a psychologist, as they delve into the group’s use of the occult. Dunne creates convincing and varied voices for a wide cast of characters in what is essentially a locked-room mystery. Her pacing and attention to detail make this an entertaining and satisfying puzzle.”