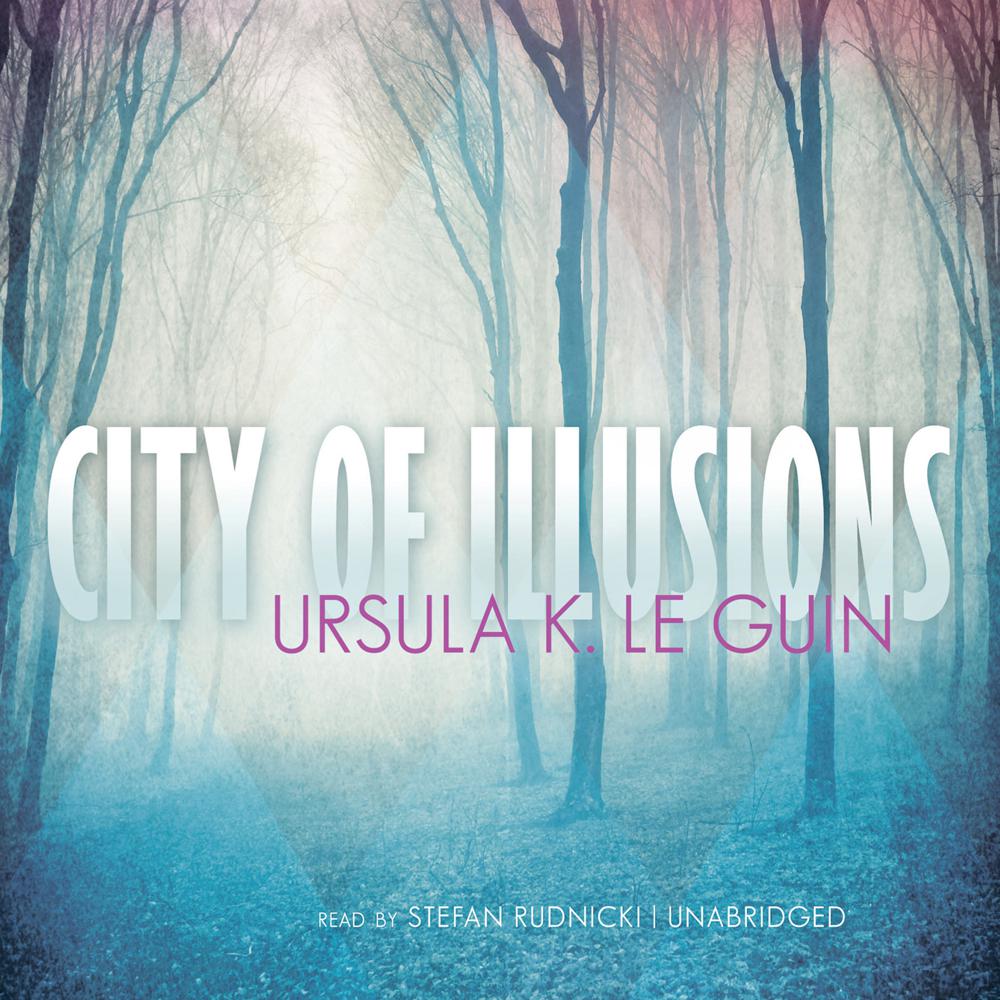 He is a full-grown man, alone in a dense forest, with no trail to show where he has come from and no memory to tell who or what he is. His eyes are not the eyes of a human. The forest people take him in and raise him, teaching him to speak, training him in the knowledge and lore of the forest, but they cannot solve the riddle of his past. At last, he sets out on a perilous quest to find his true self—and discovers a universe of danger.

City of Illusions is a part of the acclaimed Hainish Cycle, set in a galaxy colonized hundreds of thousands of years ago by a variety of humanoid species. Since the golden age of the League of All Worlds, Earth, like the rest of the known worlds, has fallen to the Shing, who rule through subtle mind control. Scattered groups of humans endure in a state of paranoia and semibarbarism. Is there one who can stand against the Shing?

“Le Guin writes in quiet, straightforward sentences about people who feel they are being torn apart by massive forces in society—technological, political, economic—and who fight courageously to remain whole.”

“The writing…has the generous ardor and judiciousness which mark Le Guin as the rara avis she is: a sci-fi novelist writing for grownups.”