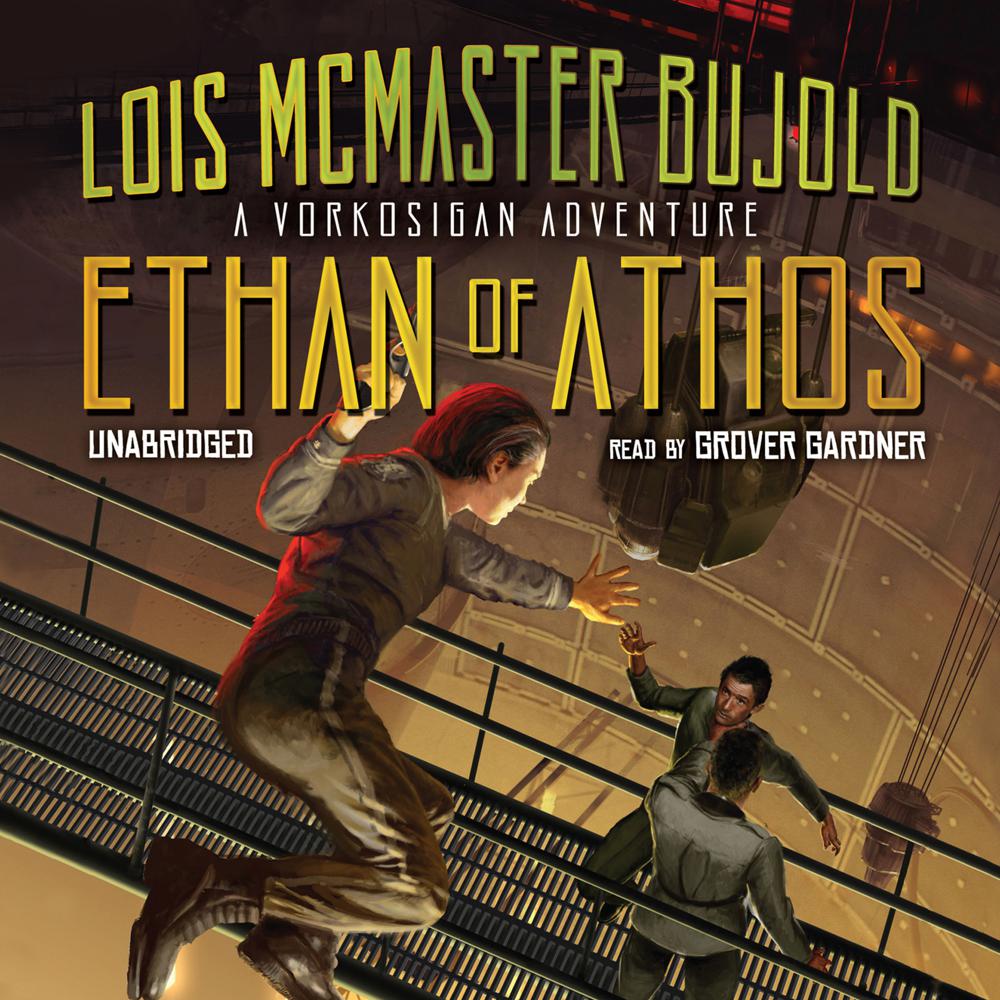 Set in Bujold’s Vorkosigan universe, this independent novel follows a doctor as he braces himself for his first encounter with that most alien of aliens—a female of his own species.

Dr. Ethan Urquhart is chief of biology at a District Reproduction Center. He delivers babies from uterine replicators. You see, on Athos there are no women. In fact, the planet is forbidden to them. Isolated from the galactic community by distance and a lack of exploitable resources, the Athosians have peacefully lived their peculiar social experiment for two hundred years. But now, the ovarian cultures dating back to the original settlement of the planet are giving out. With the future of Athos at stake, Ethan is chosen on behalf of his cloistered fellows for a unique mission: to brave the wider universe in quest of new ovarian tissue cultures to replenish Athos’ dwindling stocks. Along the way, he must tangle with covert operatives, killers, telepathy, interplanetary politics, and—perhaps most disturbingly—an indomitable female mercenary named Elli Quinn.

“The plot-driven story moves swiftly and will engage SF fans of all subgenres. Recommended for all collections.”

“Bujold has created a compellingly attractive protagonist in Dr. Ethan Urquhart…Highly recommended for all SF collections.”

“Ethan of Athos is an entertaining and out-of-the-ordinary romp.”