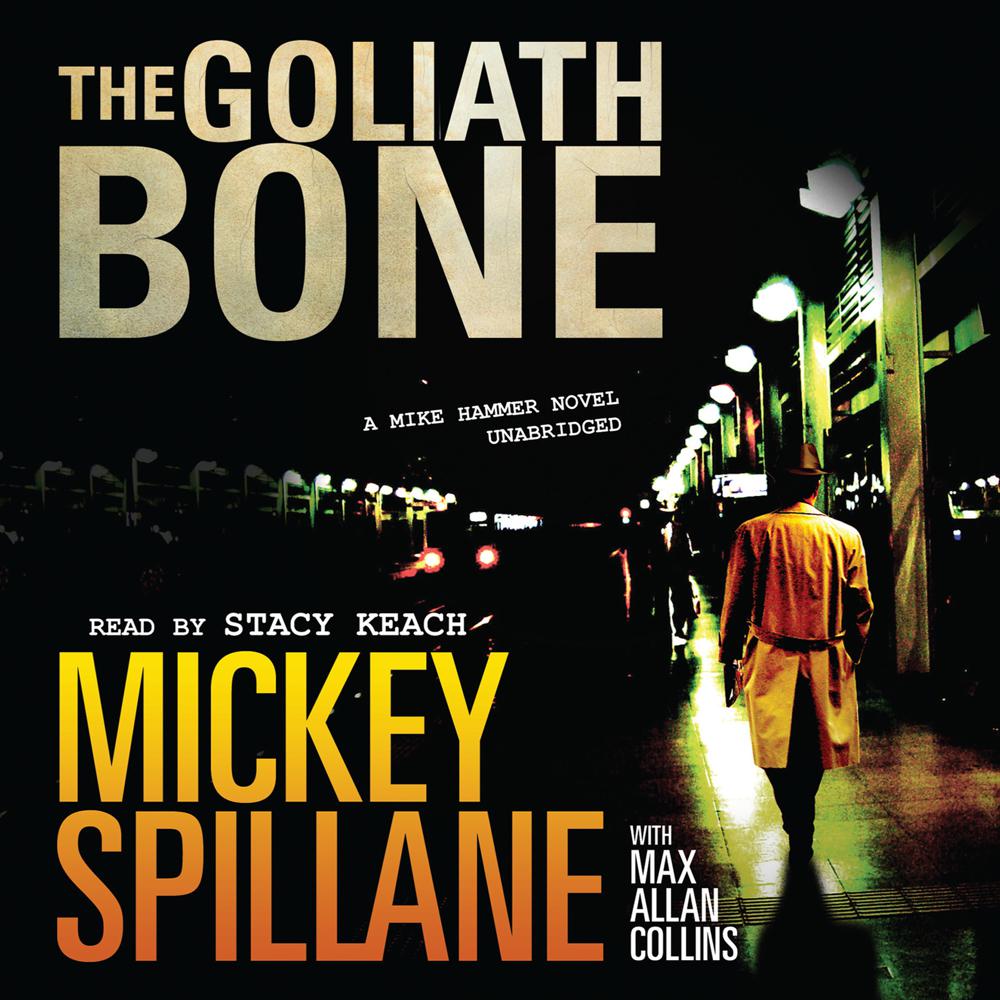 The bestselling American mystery writer of all time brings back his world-famous PI, Mike Hammer, for his biggest and most dangerous case yet.

In the midst of a Manhattan snowstorm, Mike Hammer halts the violent robbery of a pair of college sweethearts who have stumbled onto a remarkable archeological find in the Valley of Elah: the perfectly preserved femur of what may have been the biblical giant Goliath. Hammer postpones his marriage to his faithful girl Friday, Velda, to fight a foe deadlier than the mobsters and KGB agents of his past: Islamic terrorists and Israeli extremists bent upon recovering the relic for their own agendas.

Completed after Spillane’s death by his collaborator, Max Allan Collins, this thriller is as classic as Spillane’s own I, the Jury and as contemporary as The Da Vinci Code.

“Mike Hammer is an icon of our culture.”

“There’s a kind of power about Mickey Spillane that no other writer can imitate.”

“Though he’s now a self-admitted ‘member of AARP,’ Hammer remains as tough as a boiled owl…Stacy Keach, arguably the private eye’s best interpreter, has been aging along with him. His well-trained voice carries the perfect combination of unwithered age, strength and determination…[A] fine send-off…with Keach adding a poignancy that even a tough guy like Spillane would have appreciated.”

“[A] fitting capstone to Hammer’s career.”

“Mike Hammer, the toughest detective of the century, versus Al Qaeda? How cool is that? In what may be the last Mike Hammer story, writer Max Allan Collins finishes a partially written Mickey Spillane script in which the tough guy from the fifties takes on the bad guys of the new millennium over the bones of the ultimate bad guy—Goliath. How could it get better? Stacy Keach, the actor who played Mike Hammer on television in the 1980s, narrates. Ah, bliss. Keach has that tough-as-nails/heart-of-gold patter down. What might sound clichéd and over- the-top in other hands works perfectly with Keach in charge. It’s an extraordinary piece of noir, and there ain’t a lot of that still around, baby.”