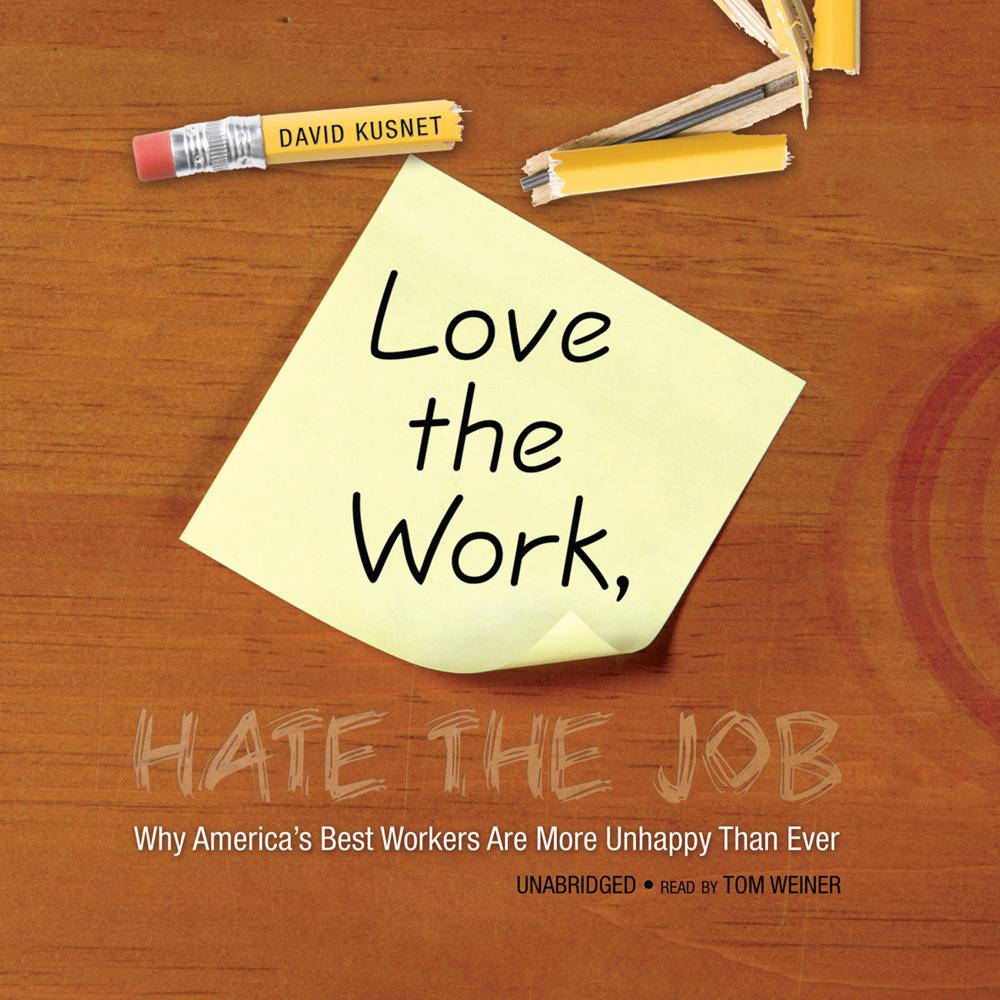 Over the years, American jobs have become more intellectually challenging and less physically exhausting. Yet more and more American workers—blue collar, white collar, and pink collar—are expressing dissatisfaction with their jobs. They love their careers, but not their working conditions. What turns a model employee into a malcontent?

David Kusnet followed the workers at four companies in the Seattle area in the turning-point year of 2000: Microsoft, Boeing, Kaiser Aluminum, and Northwest Hospital. He tells the stories of skilled and dedicated workers battling not so much for better pay and benefits as for respect and a say in the future of the business. Indiscriminate cost-cutting and the pursuit of short-term profits prevent the best workers from doing their best work, fueling the workplace conflicts of the twenty-first century.

“With eloquence, wisdom, and a sure grasp of recent history, David Kusnet has single-handedly revived the once-proud craft of labor journalism. Anyone who wants to understand the discontent in high-tech workplaces today must read this book.”

“With energy, fine reporting, and a sure grasp of the realities of people’s working lives, David Kusnet has written one of the most important studies of how people do their jobs since Daniel Bell’s Work and Its Discontents. Kusnet makes a case everyone needs to hear: America’s workers, including high-tech professionals, want to do their jobs right and they want to do them well, and what they need is more freedom in the workplace to achieve those ends.”

“Ever wonder why Boeing engineers have to strike and Microsoft whiz kids can’t get health insurance? Even if you haven’t, you’ll love this—and it’s no job to read it! Don’t wait for them to make this a TV series. With lots of great stories, David Kusnet explains why there’s trouble in paradise.”

“David Kusnet’s Love the Work, Hate the Job offers keen analysis and political insights into the plight of American workers struggling to have government pay attention to their needs. This is a must-read for anyone who finds the daily grind, well, grinding.”

“Labor writer Kusnet followed the 2000 protests in Seattle of the World Trade Organization Conference. For workers, the threat of losing more jobs to workers overseas is compounded by worries that as companies push workers to serve or produce at a faster pace, they lose the competitive edge of quality…Kusnet puts what is happening to these workers in the broader context of changes in the American labor market.”

“Kusnet, former head speechwriter for President Clinton, examines employee unhappiness by discussing strikes at Boeing, Microsoft, and Northwest Hospital during the mid-1990s. Kusnet’s position is that when it comes to job satisfaction, we Americans are ‘closely divided within ourselves’…The writing is accessible, the subject timely.”

“In his intelligent narration of this sociological analysis, Tom Weiner enlivens events that contributed to the evolution of the white-collar labor movement…Weiner’s crisp delivery enhances the author’s role as historian of the last several decades of decline in worker satisfaction.”

“Weiner narrates in tones that convey shared pain and empathy for employees, and listeners feel the workers’ frustrations…Weiner’s voice deepens to resonate with sincerity and grief at the loss of worker satisfaction, dignity, autonomy, and self-esteem in workplaces shortsightedly focusing on short-term numbers rather than jobs well done.”