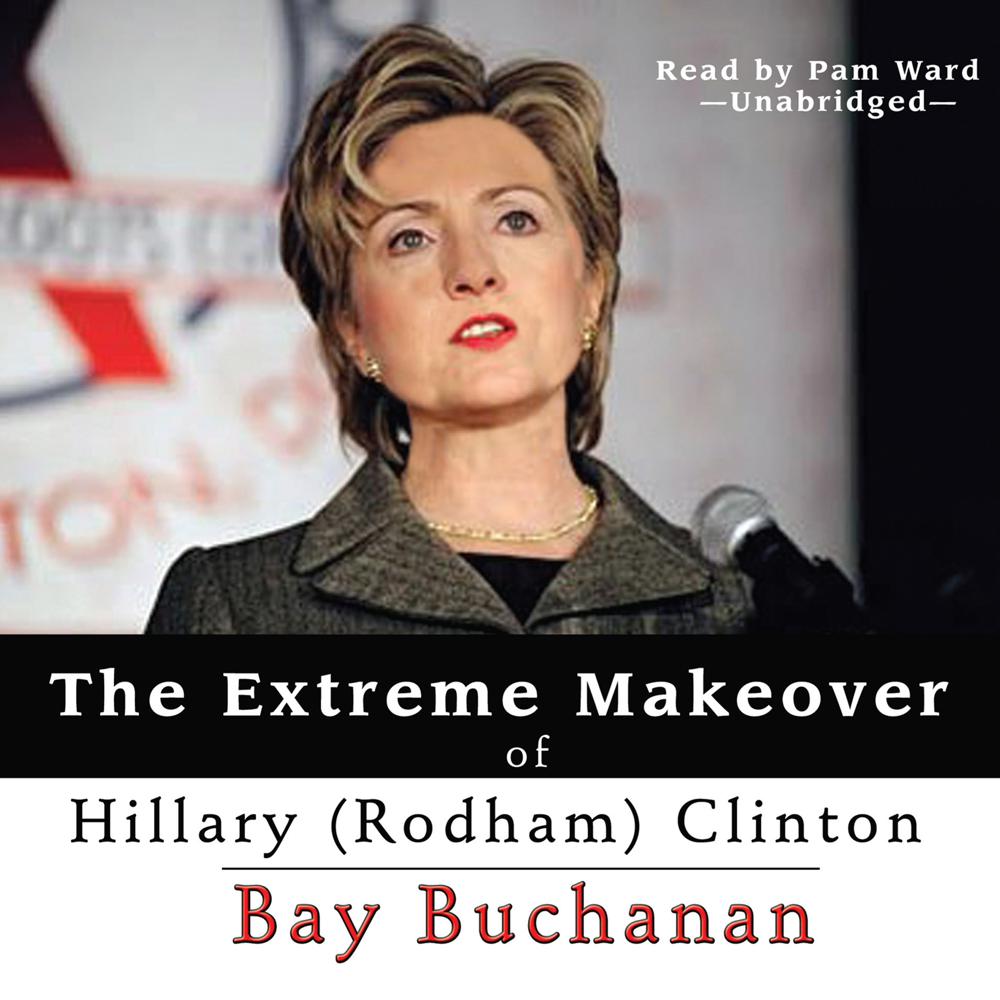 The race is on, and Hillary Clinton is looking to transform herself into a candidate that middle-Americans might elect as our first woman president. Can she do it?

Positioning herself for her 2008 presidential run, Hillary has put away the trappings of a liberal and wrapped herself in a cloak of moderation. The senator who had been one of the stars of the Democratic Party's left wing is now being packaged as a centrist, with the willing help of the liberal media, which castigates any attempts to expose her real agenda.

But now, in The Extreme Makeover of Hillary (Rodham) Clinton, Bay Buchanan rips the mask off Hillary, shows how she is susceptible to—and even a willing tool of—radical gurus, and makes clear that not only can Hillary not be trusted, but her "makeover" is exactly what one would expect from an unprincipled left-wing politician.

“Buchanan…takes Hillary Clinton to task in this unapologetically partisan biography…Buchanan outlines how Clinton’s personality and character changed after she was elected to the Senate…Subsequent chapters criticize the senator’s positions on hot-button issues, including healthcare, same-sex partnerships and the war in Iraq.”