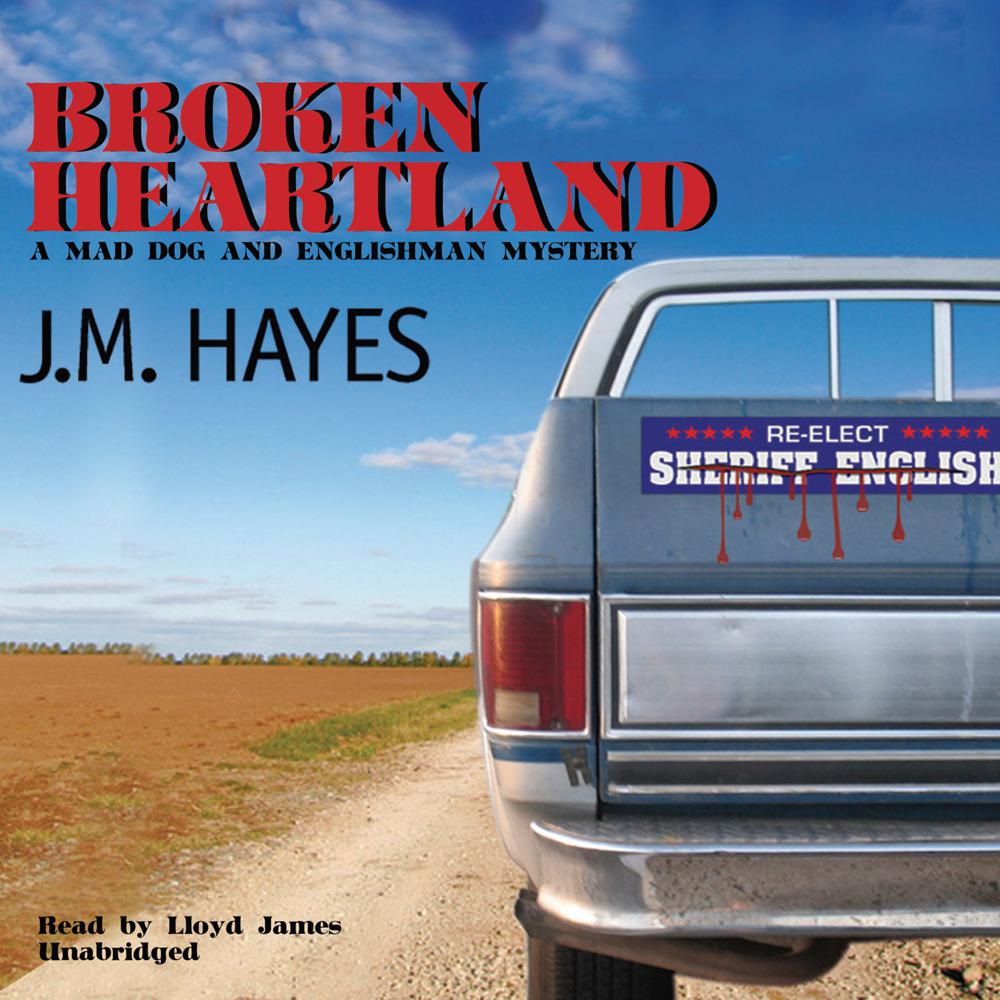 Englishman's brother, Mad Dog, a born-again Cheyenne, rushes back from a quest in the Black Hills with a premonition that the sheriff is in serious danger. The sheriff's daughters, too, wake with similar fears and cut their college classes to hurry home.

Then, a student smuggles a gun into the school and begins shooting and taking hostages. And Englishman still needs to clear up one little thing about his deputy's accident: Benteen County doesn't have a teen choir.

It's enough to make a sheriff wonder why he wants to serve another term.

“Something’s rotten in the American heartland, and few books explore and explain that putrescence with more humor, perspicacity and sincerity than the Mad Dog and Englishman series by novelist J.M. Hayes...And they have plenty to say. As Hayes puts it in his afterword, ‘there’s nothing the matter with Kansas that isn’t duplicated in our nation at large.’”

“Lloyd James dramatically changes tone and accents for the variety of characters, from teenage boys whose voices are changing to born-again Christians full of religious fervor…James’ pacing is excellent. He quickly adjusts to the tense hostage situation, low-key humor, and depictions of small-town life.”

“Readers will find sleepy Benteen County, Kansas wide awake and action packed in Hayes’ new addition to this quirky series. The mixture of action, humor, and politics will keep readers interested as they wonder just how much can be squeezed into twenty-four hours.”

“Hayes does a marvelous job in keeping these various plotlines from spinning out of control. The pace of the book is about as rapid as the stories are frantic and it is thrilling to be a part of it, if only as a reader…Broken Heartland is action, more action, and a bit of a mystery with just a suggestion of a love story. It is highly recommended.”