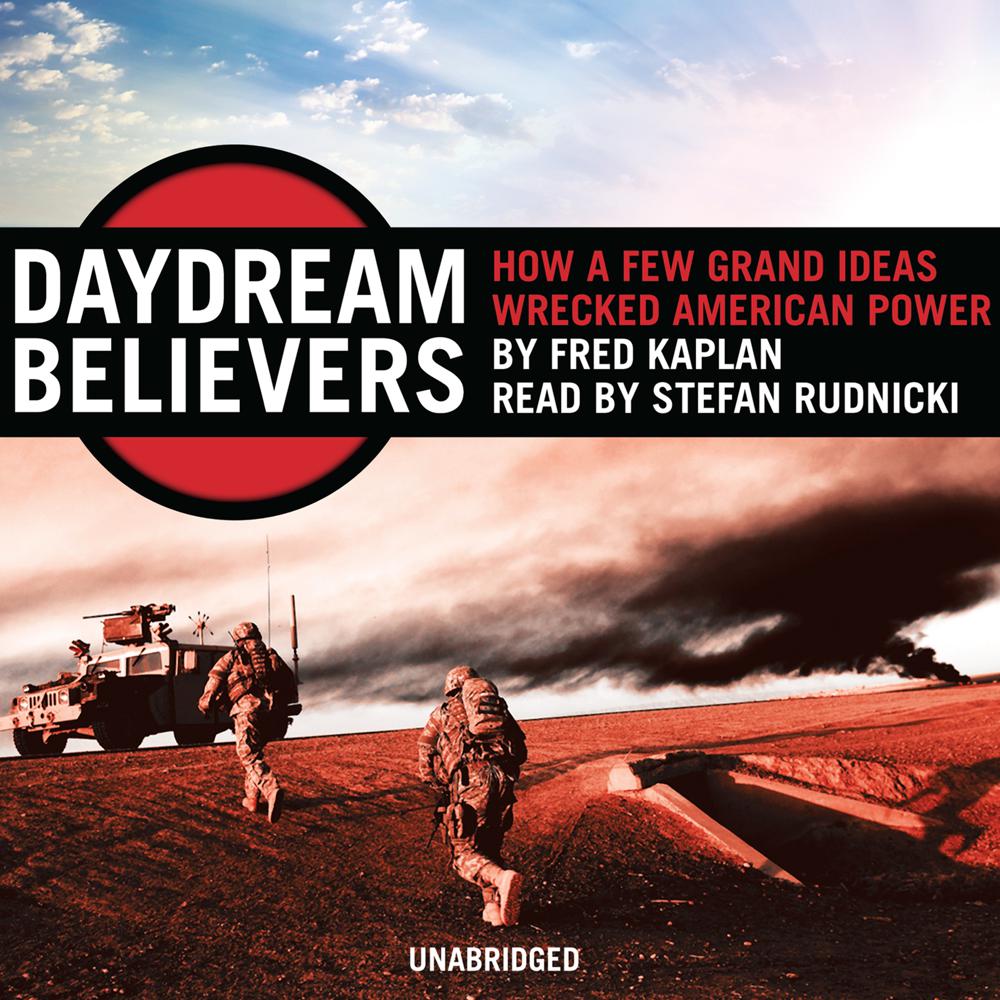 America’s power is in decline, its foreign policy adrift, its allies alienated, its soldiers trapped in a war that even generals regard as unwinnable. What has happened these past eight years is well known. Why it happened continues to puzzle. In Daydream Believers, celebrated Slate columnist Fred Kaplan combines in-depth reporting and razor-sharp analysis to explain just how George W. Bush and his aides got so far off track—and why much of the nation followed.

For eight years, Kaplan reminds us, the White House—and many of the nation’s podiums and opinion pages—rang out with appealing but deluded claims: that we live in a time like no other and that, therefore, the lessons of history no longer apply; that new technology has transformed warfare; that the world’s peoples will be set free, if only America topples their dictators; and that those who dispute such promises do so for partisan reasons. They thought they were visionaries, but they only had visions. And they believed in their daydreams.

Packed with stunning anecdotes, hidden history, and a level of insight only Fred Kaplan can bring to issues of national security, Daydream Believers tells a story whose understanding is central to getting America back on track and to finding leaders who can improve both the world and America’s position in it by seeing the world as it really is.

“What sets Mr. Kaplan’s Daydream Believers apart is his emphasis on the Bush administration’s failure to come to terms with a post–Cold War paradigm, which, he argues, left America’s power diminished, rather than enhanced, as former allies, liberated from the specter of the Soviet Union, felt increasingly free to depart from Washington’s directives. Also illuminating is his close analysis of the impact that the White House’s idees fixes had, not just on the Iraq war but also on other foreign policy problems like North Korea.”

“A lively and entertaining—if occasionally horrifying—read, it offers a cautionary tale for any administration and for the men and women who hope to serve in one…Even when the facts are familiar, Kaplan weaves these stories together in a way that highlights the often hidden connections between them. The result is an account of the pathologies not only of individuals and departments in the Bush administration, but also of Washington itself.”

“Kaplan reveals how the Bush administrations’ idle fantasies have put the US in a more vulnerable position. Rudnicki’s deep, foreboding voice perfectly matches the tone of this book, giving the true gravitas of the situation.”

“[Kaplan’s] detailed, illuminating accounts of the evolution of the Bush administration’s strategic doctrines add up to a cogent brief for soft realism over truculent idealism.”

“Carefully enumerates the many ways that this government has imposed its will on the rest of the world since 9/11…Rudnicki is utterly appropriate for such a foreboding text…his air of pomp and circumstance reminds one of Sebastian Cabot.”