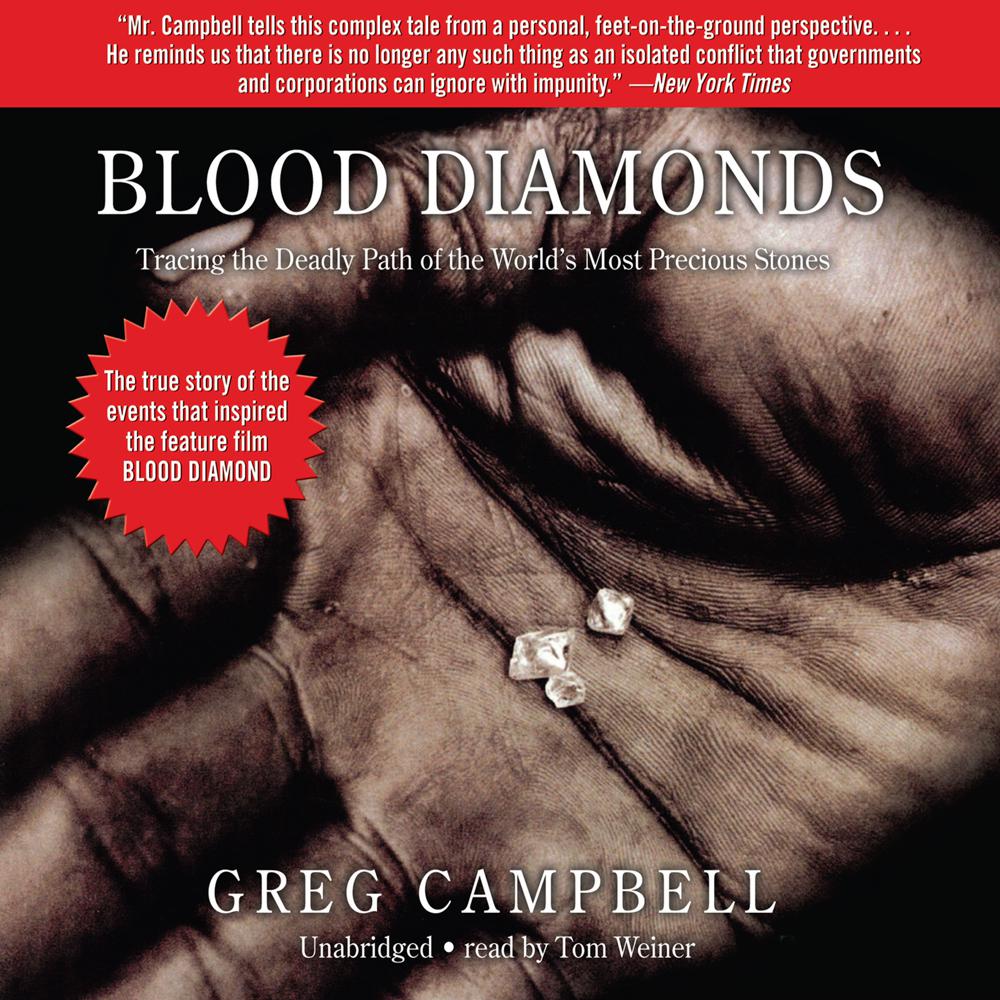 First discovered in 1930, the diamonds of Sierra Leone have funded one of the most savage rebel campaigns in modern history. These "blood diamonds" are smuggled out of West Africa and sold to legitimate diamond merchants in London, Antwerp, and New York, often with the complicity of the international diamond industry. Eventually, these very diamonds find their way into the rings and necklaces of brides the world over.

Blood Diamonds is the gripping story of how diamond smuggling works, how the rebel war has effectively destroyed Sierra Leone and its people, and how the policies of the diamond industry—institutionalized in the 1880s by the De Beers cartel—have allowed it to happen. Award-winning journalist Greg Campbell traces the deadly trail of these diamonds, many of which are brought to the world market by fanatical enemies. The repercussions of diamond smuggling are felt far beyond the poor and war-ridden country of Sierra Leone, and the consequences of overlooking this African tragedy are both shockingly deadly and unquestionably global.

“Campbell…reminds us that there is no longer any such thing as an isolated conflict that governments and corporations can ignore with impunity.”

“A vivid, hair-raising tale of brutal proportions that outdistances any fictional tale of derring-do.”

“Though he steps into the vocal cadence of African leaders, Weiner wisely doesn’t overdramatize. His pace, clarity, and compelling tone work to keep listener’s attention throughout a detailed explanation of how the diamond market works…This audio…might cause you to take a new look at ‘a girl’s best friend.’”

“Campbell has spoken with individuals all along the pipeline, from miners to soldiers to smugglers…This focused study of the catastrophic effect of blood diamonds on Sierra Leone belongs in all libraries.”

“Campbell takes the reader on a journey to the dark side of the glittering image of diamonds, a darkness too long out of sight of Euro-American consciousness.”