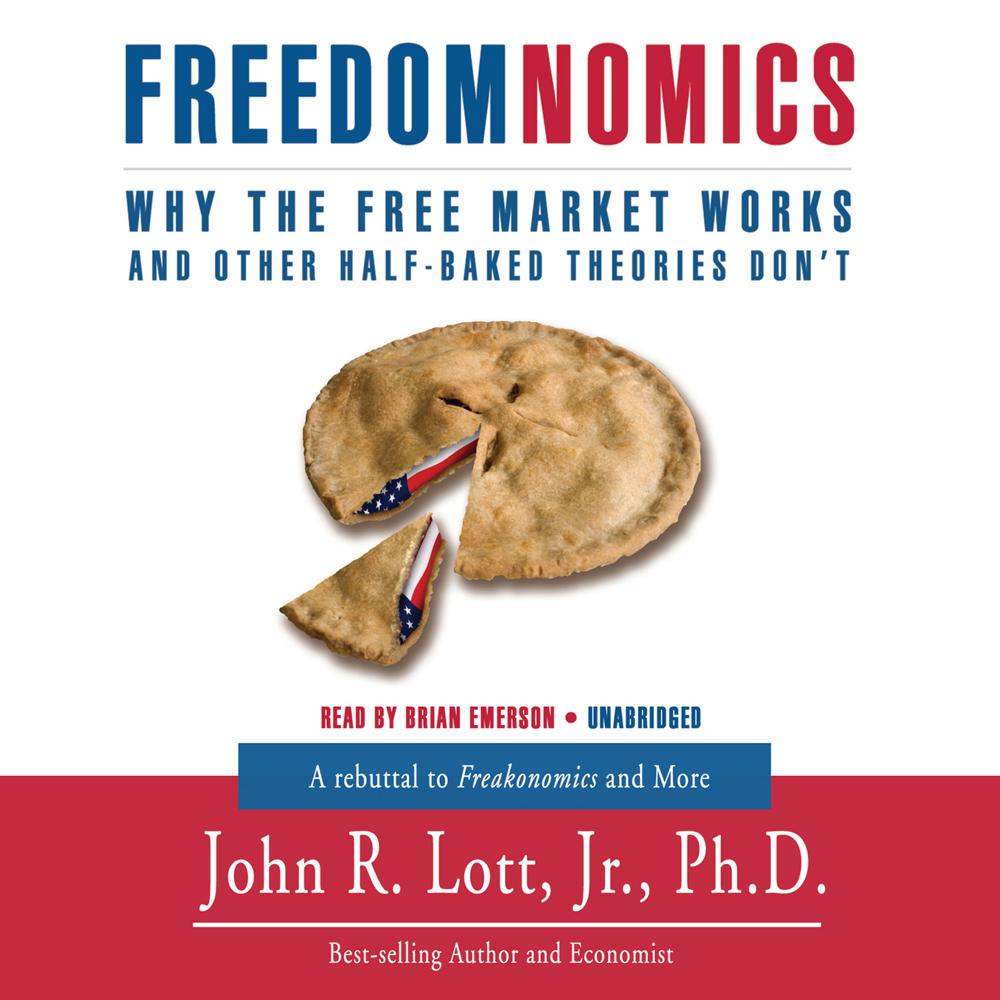 Freedomnomics is everything you wanted to know about the world but didn't know economics could tell you.

As the blockbuster bestseller Freakonomics demonstrated, economics can explain everything, from why people behave the way they do to how governments and businesses organize themselves. But are the basic assumptions and conclusions in Freakonomics true? Does the free market usually lead to unintended and negative consequences? Quite the opposite, says John Lott, who holds a PhD in economics.

In fact, says Lott, a wide range of fascinating and peculiar case studies prove the simple adage that if something is more costly, people will do less of it. And, in a refutation of Freakonomics' most controversial idea, Lott shows why legalized abortion leads to family breakdown, which leads to more crime.

Extending its rigorous economic analysis even further to our political and criminal justice systems, Freedomnomics reveals:

–How the free market creates incentives for people to behave honestly

Entertaining, persuasive, and based on dozens of economic studies spanning decades, Freedomnomics not only shows how free markets really work but proves that, when it comes to promoting prosperity and economic justice, nothing works better.

“Lott demonstrates how free market principles produce the greatest success…This book is essential to those who seek to understand liberty.”

“Truly, this is a perspective that is enlightening and worthy of presentation…John Lott has meaningfully contributed to the necessary vigilance toward the preservation of freedom with the tales of his professional journey.”

“Brian Emerson delivers this work as an enthusiastic and inspired economics professor might. It is lively and paced at a smooth tempo. Emerson transports listeners to the classroom and provides meaty ideas to ponder. His voice gives the work both the authority and vision the author intended…Freedomnomics is an easy listen as well as an interesting ideology.”