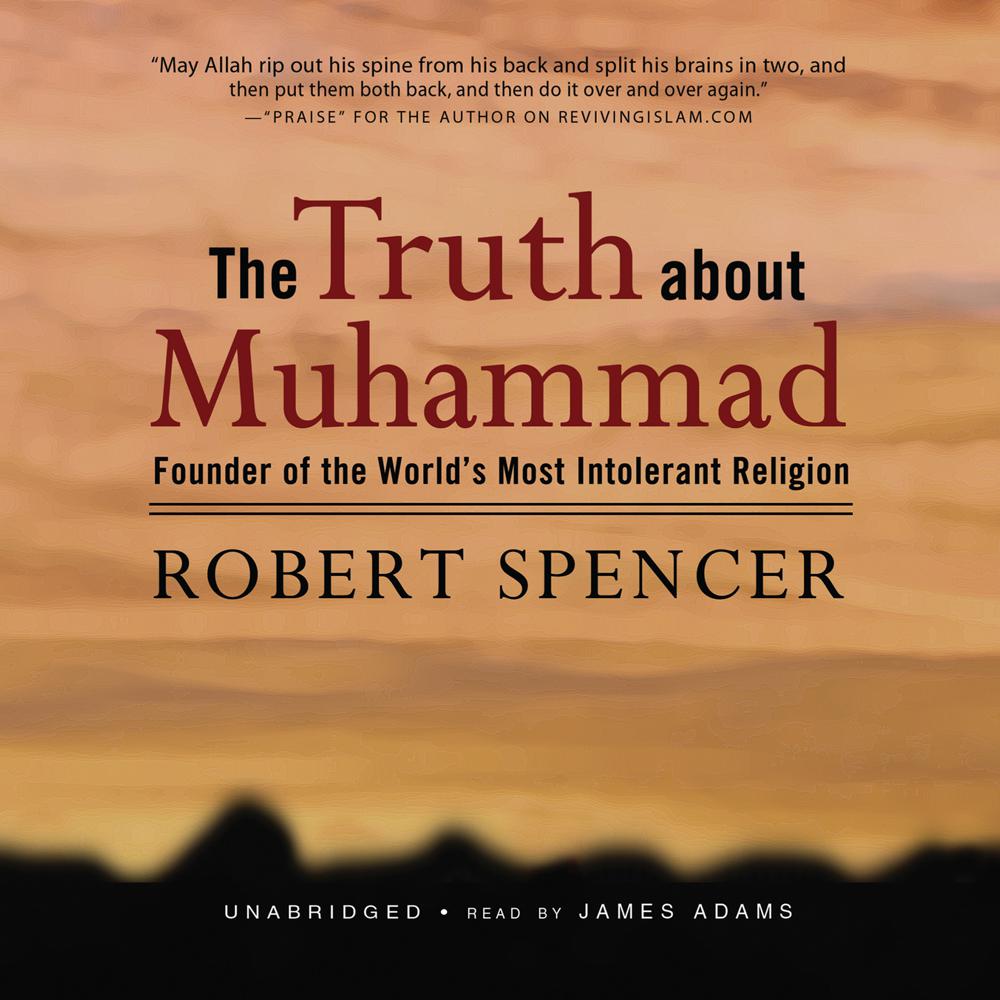 In The Truth about Muhammad, New York Times bestselling author and Islam expert Robert Spencer offers a telling portrait of the founder of Islam—perhaps the first such portrait in half a century—unbounded by fear and political correctness, unflinching, and willing to face the hard facts about Muhammad’s life that continue to affect our world today.

Spencer details Muhammad’s development from a preacher of hellfire and damnation into a political and military leader who expanded his rule by force of arms, promising his warriors luridly physical delights in paradise if they were killed in his cause. He explains how the Qur’an’s teachings on warfare against unbelievers developed, with constant war to establish the hegemony of Islamic law as the last stage. Spencer also gives the truth about Muhammad’s convenient “revelations” justifying his own licentiousness; his joy in the brutal murders of his enemies; and above all, his clear marching orders to his followers to convert non-Muslims to Islam—or force them to live as inferiors under Islamic rule.

“Intrepid Robert Spencer continues his quest to dispel myths, cure ignorance, and open our eyes to hard truths about Islam. If we are going to win the War on Terror, we need to know how Muhammad really lived—and why he endures as the inspiration for global jihad. This book is a threat to ‘religion of peace’ propaganda that lulls the West into submission. Strike a blow for survival: buy it.”

“At a time when, even in the West, the pious narrative of Muhammad has gained a near-hegemonic hold, Robert Spencer offers a rare skeptical biography and interpretation of the prophet of Islam. Relying exclusively on Islamic sources, The Truth about Muhammad argues that, for fourteen hundred years, the ‘words and deeds of Muhammad have been moving Muslims to commit acts of violence.’”

“In The Truth about Muhammad, Robert Spencer provides a detailed and timely riposte to common misconceptions…Spencer has written a provocative book likely to arouse passions. But the arguments he presents are rigorous, and the evidence compelling, if disquieting…Above all, Spencer identifies the problem upon which current tensions hinge.”

“To defeat the jihadists who want to kill us, we need to understand them. The Truth about Muhammad is an important contribution to that project.”

“Robert Spencer provides a frank and accurate picture of the Muhammad that Muslims around the world revere.”