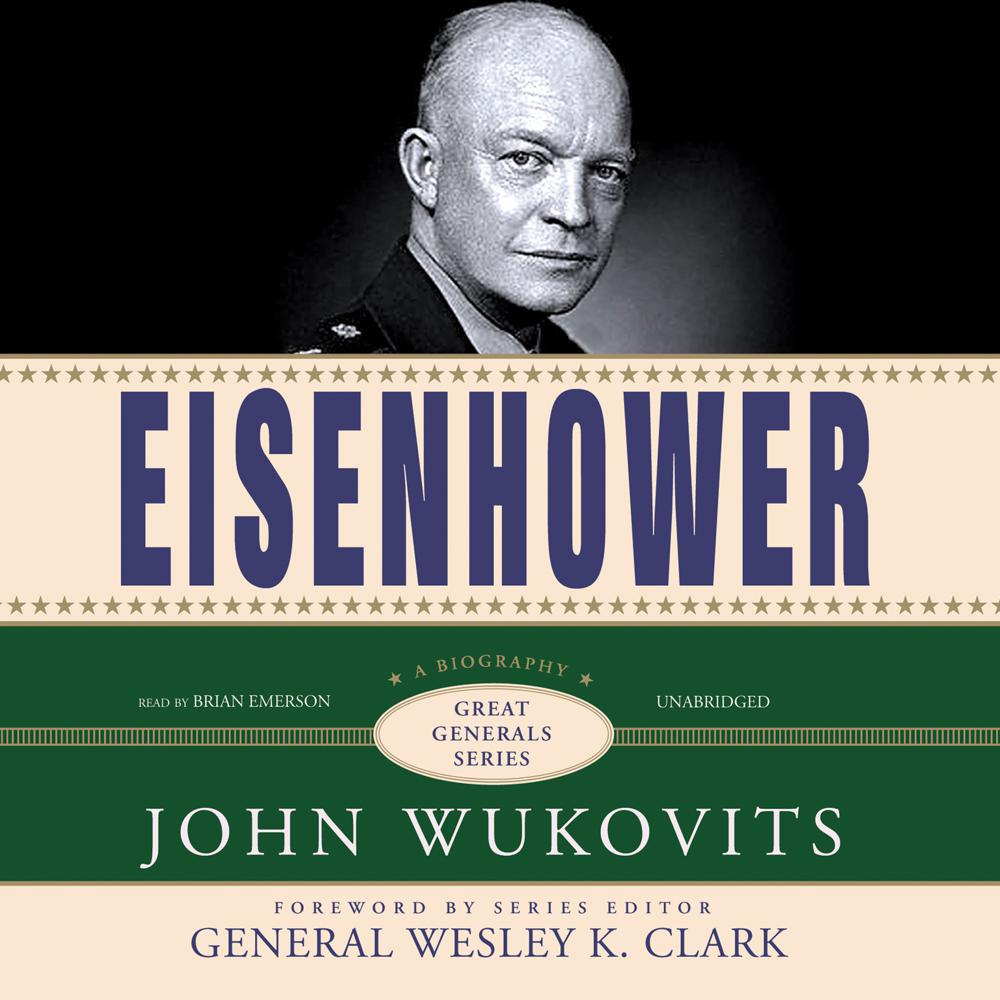 This new addition to Wesley Clark’s Great Generals Series features the principal architect of the Allied invasion of Europe during World War II and his relevance today.

World War II expert John Wukovits explores Dwight D. Eisenhower’s contributions to American warfare. American general and thirty-fourth president of the United States, Eisenhower led the assault on the French coast at Normandy and held together the Allied units through the European campaign that followed.

The book reveals Eisenhower’s advocacy in the pre-war years of the tank, his friendships with George Patton and Fox Conner, his service in the Philippines with Douglas MacArthur, and his culminating role as supreme commander of Allied forces in Europe. Wukovits skillfully demonstrates how Eisenhower’s evolution as a commander, his military doctrine, and his diplomatic skills are of extreme importance in understanding modern warfare.

“In his highly readable and concise style, John Wukovits has once again succeeded in packing a wealth of information into a single volume on the life of one of the greatest soldier-statesmen in history. He conveys the strength of character and innate leadership of Dwight Eisenhower in a manner which will captivate the reader.”

“John Wukovits now offers a concise portrayal of the commander who served as the chief architect of D-Day and the campaign in northwest Europe.”

“Wukovits gives us a portrait of a general who devised and sustained a broad-front strategy that led to Germany's unconditional surrender, and a man who never took his eyes off the prize.”

“With his depth of research, insightful approach, and clarity of style, the author and military historian John Wukovits has managed to put a human face on one of the twentieth-century’s greatest figures and turn an historical icon into a flesh-and-blood human being.”

“Wukovits’ book is excellently researched, but his greatest merit as an historian is a rare ability to make the past a real, living thing…A superior history of an intensely human man.”