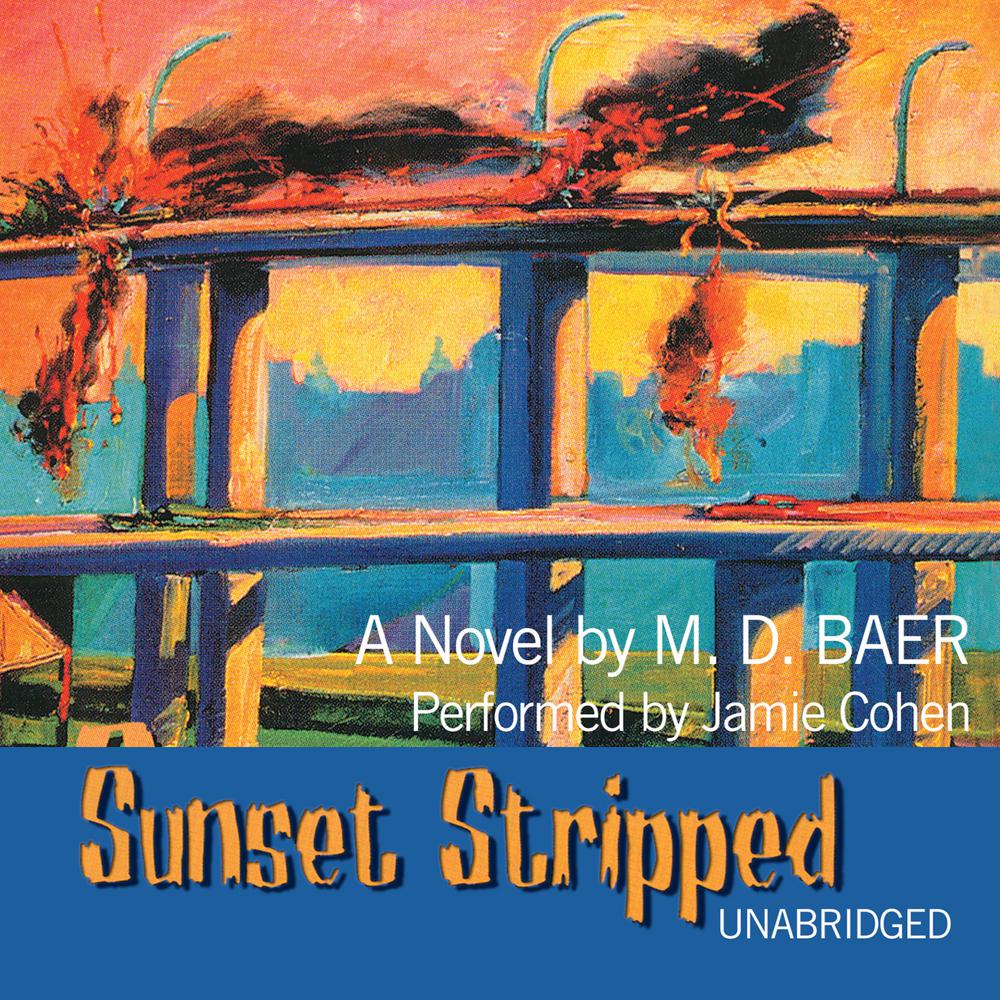 Willie Talburt, a talented but down-and-out screenwriter, thinks his luck is changing when he snatches $300 off a drunk’s shoes at a legendary West Hollywood bistro and then meets exotic Veronica Blainewell. He would do anything to see his name on one of the giant billboards that loom high over the Sunset Strip, and she offers him the chance. But the deal and the dame don’t turn out to be as sweet as Willie’s dreams.

Sunset Stripped is a cautionary tale concerning sexual obsession, blackmail, and murder. It’s the roaring ’80s, a time of greed, cocaine, and Iran-Contra. Narcissism is the fashion, AIDS is the new reality, and Ronald Reagan is snoozing at the wheel.

“Actor Jamie Cohen, impersonating the charmless, screenwriting hero-narrator, does a workmanlike job with this fare.”

“M.D. Baer’s wickedly barbed novel, Sunset Stripped, is a hip, steamy Chandler-esque tribute to the pulps of the ’40s with a tip of modern-day outrage.”

“M.D. Baer’s writing genius lies in his heady mixture of slick contemporary characters with the artistic complexity of a James Joyce and the tight plot and droll humor of the best Raymond Chandler pulp. The most minor character comes to life.”