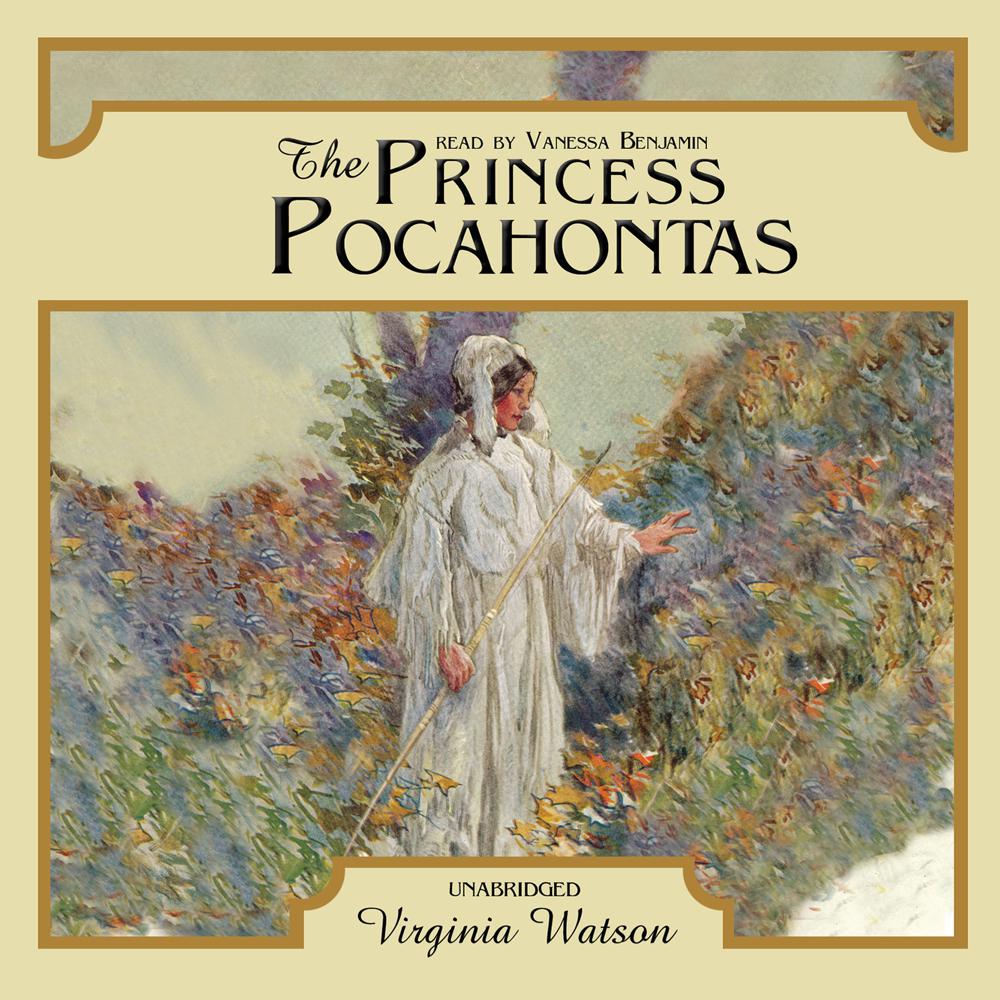 Every schoolchild knows the story of how Pocahontas saved the life of Captain John Smith, but that’s not the whole story.

The Native American princess Pocahontas was born near the end of the sixteenth century as the daughter of Powhatan, chief of the Powhatan confederacy. It was Pocahontas, known as Matoaka by her clan, who interceded on behalf of John Smith in 1608 and then persuaded her father to bring food to the starving colonists at Jamestown.

In 1614, after learning the ways of the English and converting to Christianity, she married John Rolfe, a successful planter. Later, she traveled to England and ingratiated herself into London society. Her help was regarded as indispensable to the survival of the Jamestown colony which later became the state of Virginia.

“In a soft voice meant for children in the middle grades, Vanessa Benjamin’s motherly tone and British accent tell the tale of a young Indian girl growing up during the settling of the American Colonies. With a beguiling story, the author addresses the conflict of cultures for young readers. Some of the story’s word choices will help children of this age group build their vocabulary. Benjamin creates enchanting, credible, and individual voices for characters that children will love.”