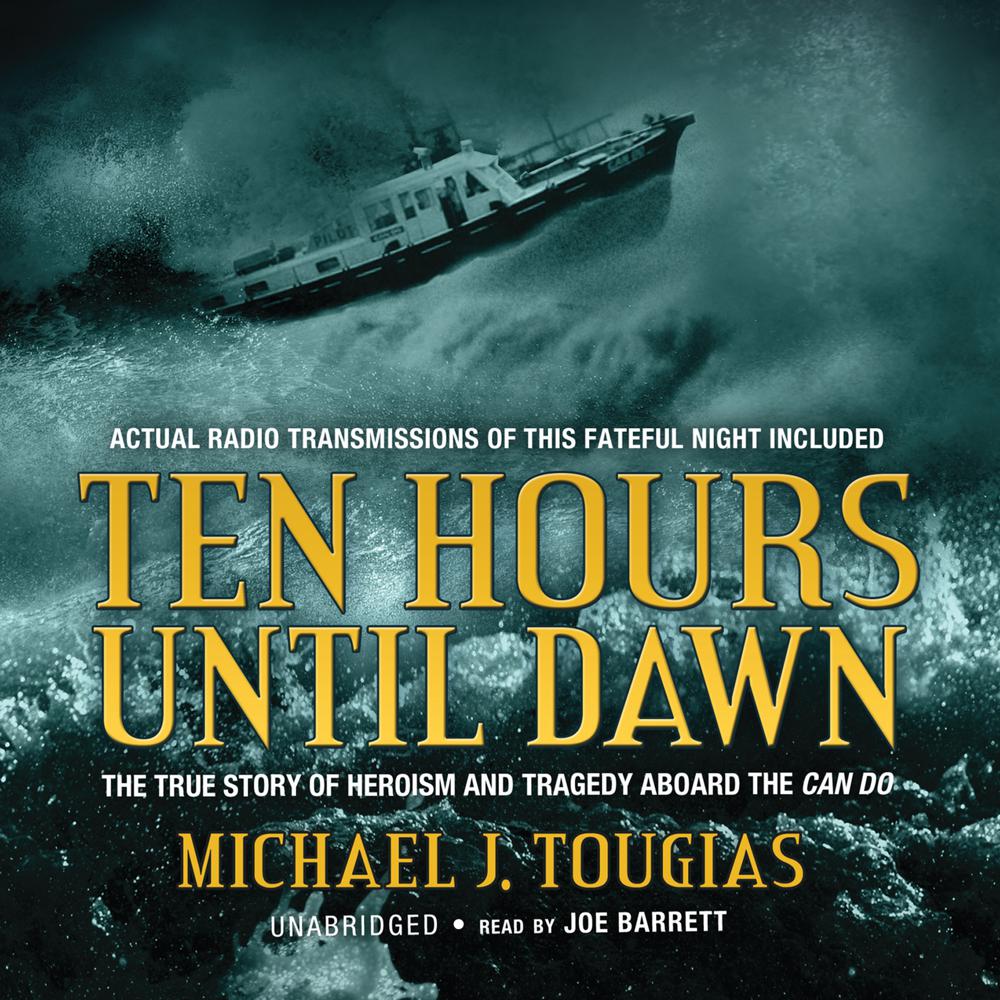 During the height of the blizzard of 1978, a tanker foundered on the shoals off the Massachusetts coast. The Coast Guard dispatched a patrol boat that was soon in trouble, too. A pilot-boat captain, Frank Quirk, heard of the Coast Guard’s plight on his radio. He gathered his crew of four, readied his forty-nine-foot steel boat, the Can Do, and entered the maelstrom of the blizzard soon to be known as the Storm of the Century.

Encountering one of the most monstrous seas ever recorded, Quirk struggled through the night to keep his boat from sinking, maintaining contact through his hand-held battery-powered radio. The Can Do stayed afloat past three a.m. Then there was silence.

Through dozens of interviews as well as recordings of the radio communications exchanged between Quirk and the Coast Guard—actual recordings included here in this audiobook—Michael J. Tougias provides us a devastating, true account of bravery and death at sea.

“A well-researched, vividly written tale of brave men overwhelmed by the awesome forces of nature.”

“This true story is worthy listening even for those only mildly interested in the sea…Joe Barrett’s crisp reading propels the story, and his voiced reenactments of radio transmissions aid clarity.”

“Arguably the best story of peril at sea since Sebastian Junger’s Perfect Storm…[The] balancing of human and technical detail is nearly perfect, and he has made the book accessible even to relative newcomers to maritime literature.”

“Ten Hours until Dawn is every bit as gripping as the best adventure fiction.”

“Narrator Barrett makes each character come to life. He handles the New Englandaccents with ease and his tone conveys the seriousness, stark realism, and ultimate tragedy.”