Love Her to Death
Linda Palmer 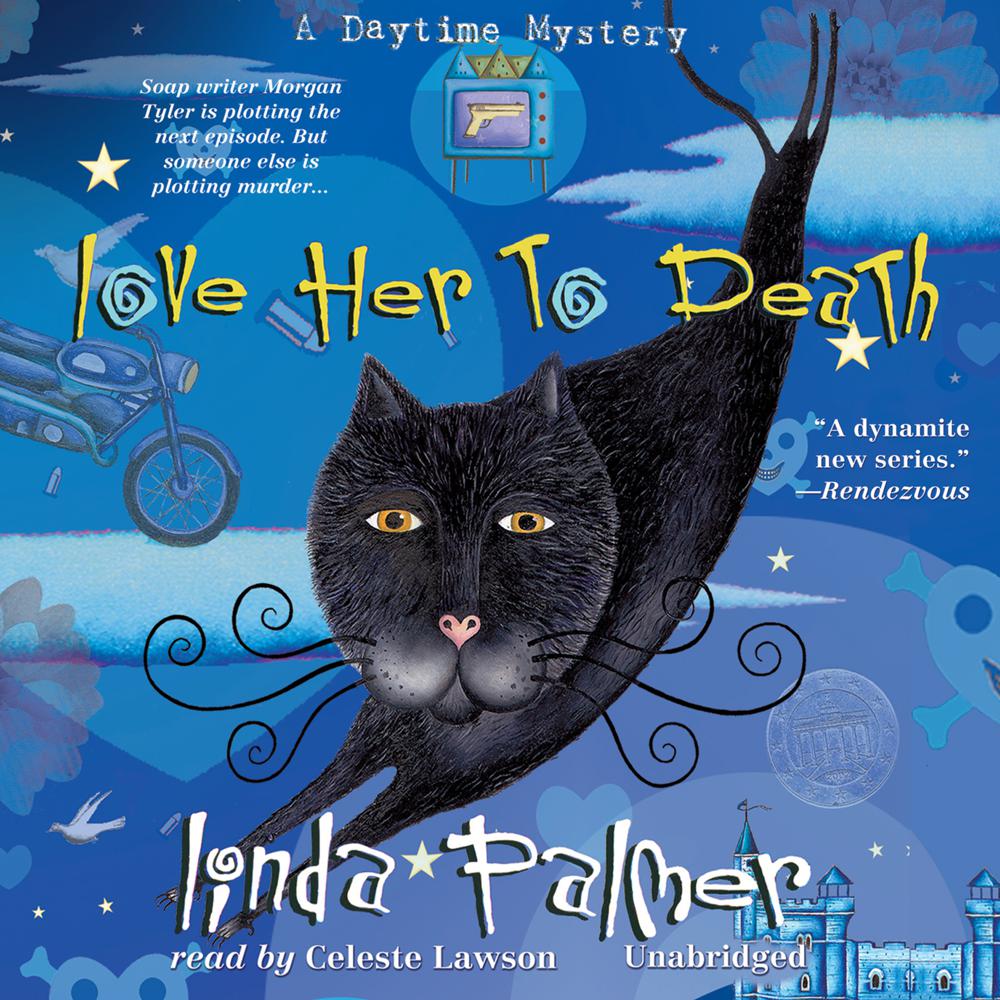 Following the success of Linda Palmer’s first book in the series, Love Is Murder, listeners are treated to the return of Morgan Tyler, feisty head writer for the TV soap opera Love of My Life. Her imagination is always at work, churning out the scenes that fill many a fan’s daytime with drama. But when fiction becomes stranger—and more deadly—than art, Morgan is forced to rely on her ingenuity to save herself from “early cancellation.”

Now Morgan Tyler has a new title, co-executive producer, and a new responsibility: take care of everything. When an actress on the show is murdered, Morgan had better find out who is behind the bloodshed before someone else is written out of the picture.

“Celeste Lawson blends police business and show business to perfection. Lawson creates horror worthy of an audible gasp when a two-legged rattlesnake is introduced, and total awe when a no-legged rattlesnake arrives. Each stunt double is as uniquely voiced as the divas. Murder, mayhem…and exceptional narration—who could ask for more?”

“For the dirt on daytime drama, you can’t beat Palmer’s behind- the-scenes dish. Her second novel featuring soap writer Morgan Tyler is a fun, fast-paced dash through Manhattan and Hollywood…Full of sharp details, quirky characters, and juicy gossip, Palmer’s latest not only promises the goods, it delivers them in high style.”