Flight of the Phoenix
Elleston Trevor 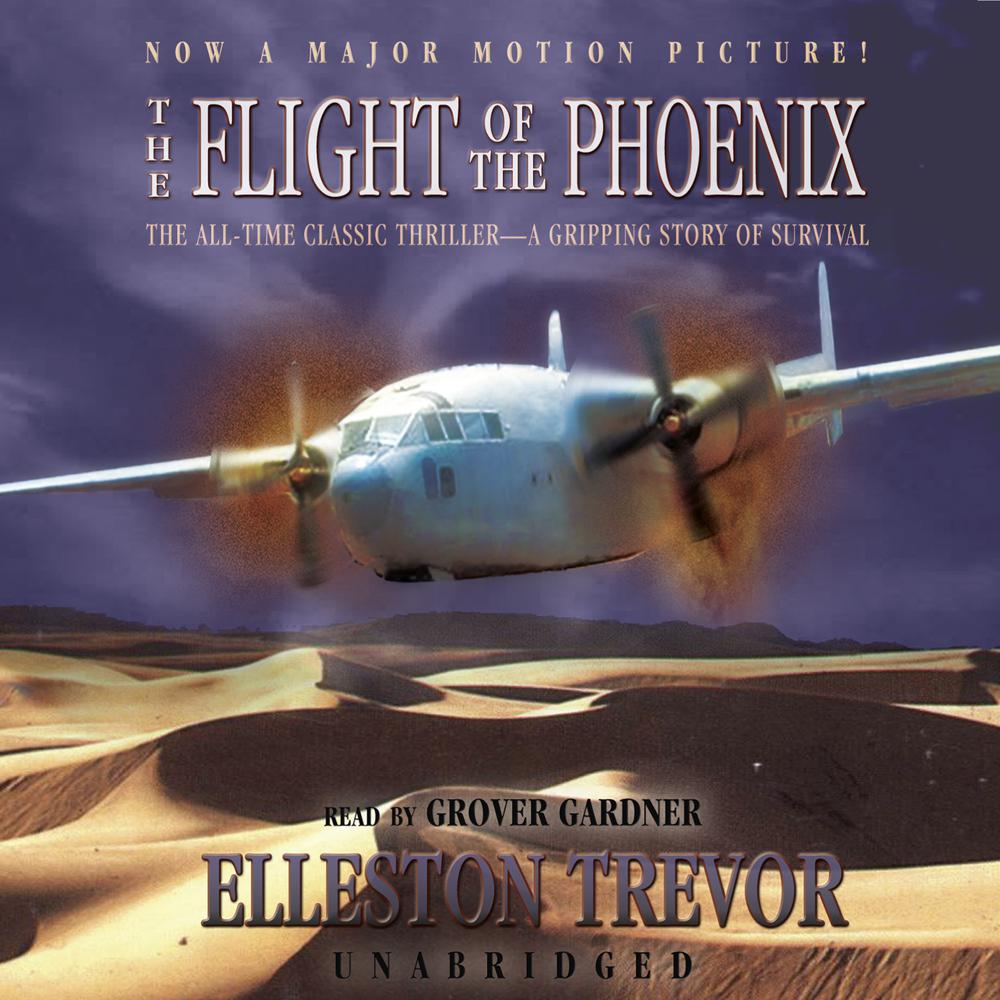 They are twelve men who shouldn’t be alive. They have survived the sudden blinding sandstorm that crippled their air freighter; survived a desperate crash landing in the Sahara of Central Libya; survived to face the slow, dry, agonizing death of the desert, for no rescue plans will seek their unscheduled flight. Twelve men with one hope: to build a new plane from the wreckage of their Skytruck and make a flight out of hell, two hundred miles to the nearest oasis.

Only one man could build such a plane: Stringer, the brilliant and obsessed engineer. Only one man could fly it: Towns, the arrogant and tormented pilot. Both had been aboard the Skytruck, but both are mortal enemies whose consuming hatred for each other is a danger greater than the desert itself.

This tale is so riveting it has inspired two major motion pictures—the unforgettable 1965 film starring Jimmy Stewart and the 2004 film starring Dennis Quaid.

“Grover Gardner…almost humanizes the forces of nature seeking to destroy these men…This classic 1964 adventure tale has twice been made into a film but is equally riveting—and more informative—in this superbly read audio.”

“Gardner reads equally well with and American or a British accent. His calm voice offers and interesting contrast to the stressful circumstances of the story.”