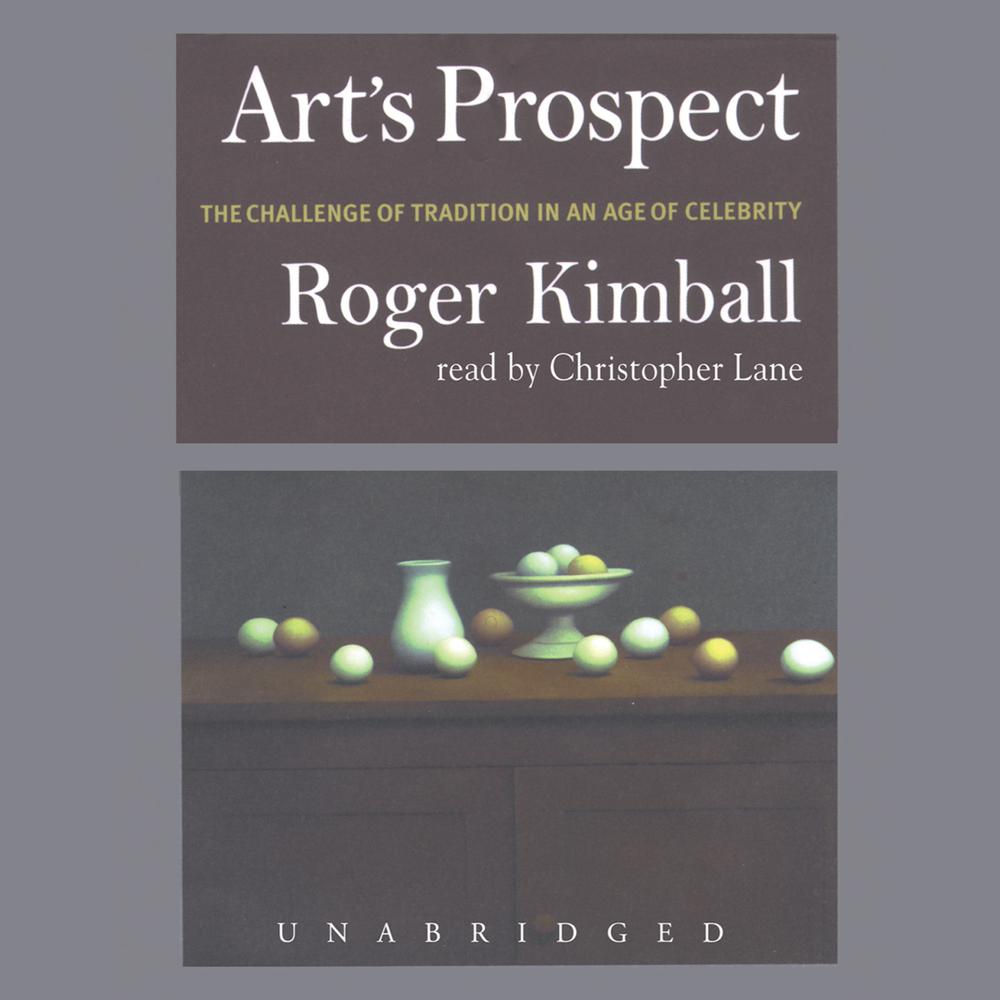 In this series of essays, Roger Kimball, managing editor of the New Criterion and an art critic for the London Spectator, illuminates some of the chief spiritual itineraries of modern art. His wide range of subjects includes Vincent van Gogh, Clement Greenberg, the Barnes Foundation, Matthew Barney, Mark Rothko, and the Whitney Biennial, as well as the way in which Gilbert and George demonstrate the psychopathology of current cultural influences. Kimball observes that most of the really invigorating action in the art world today is a quiet affair. It takes place not at the Tate Modern in London or at the Museum of Modern Art in New York but off to one side, out of the limelight. It usually involves not the latest thing but permanent things, measured not by the buzz they create but by silences they inspire.

These provocative, stimulating essays will open your eyes to the fascinating world of art.

“A scathing critic but one whose tirades are usually justified…his intellectual rigor is refreshing.”

“Roger Kimball is one of the few critics writing in art today who combines an acute visual sense of beauty with historical knowledge, a coherent philosophy of art, and a ability to write clean, vigorous, and accurate English. To these virtues he adds refreshing common sense. So there is much to be learned and enjoyed in these stimulating, provocative, and elegant essays.”

“Whether Kimball is lauding or slicing, Christopher Lane always shapes his narration to fit. In fact, Lane seems to take particular pleasure in performing the more conversational style Kimball uses in the negative pieces, pausing to let choice words sink in and hammering home selected ridiculous quotations from contemporary theory. The resulting synthesis of narrator and text is highly entertaining.”

“Narrator Lane reads with a distinct and sardonic quality perfect for the subject matter. The result is lively and informative.”