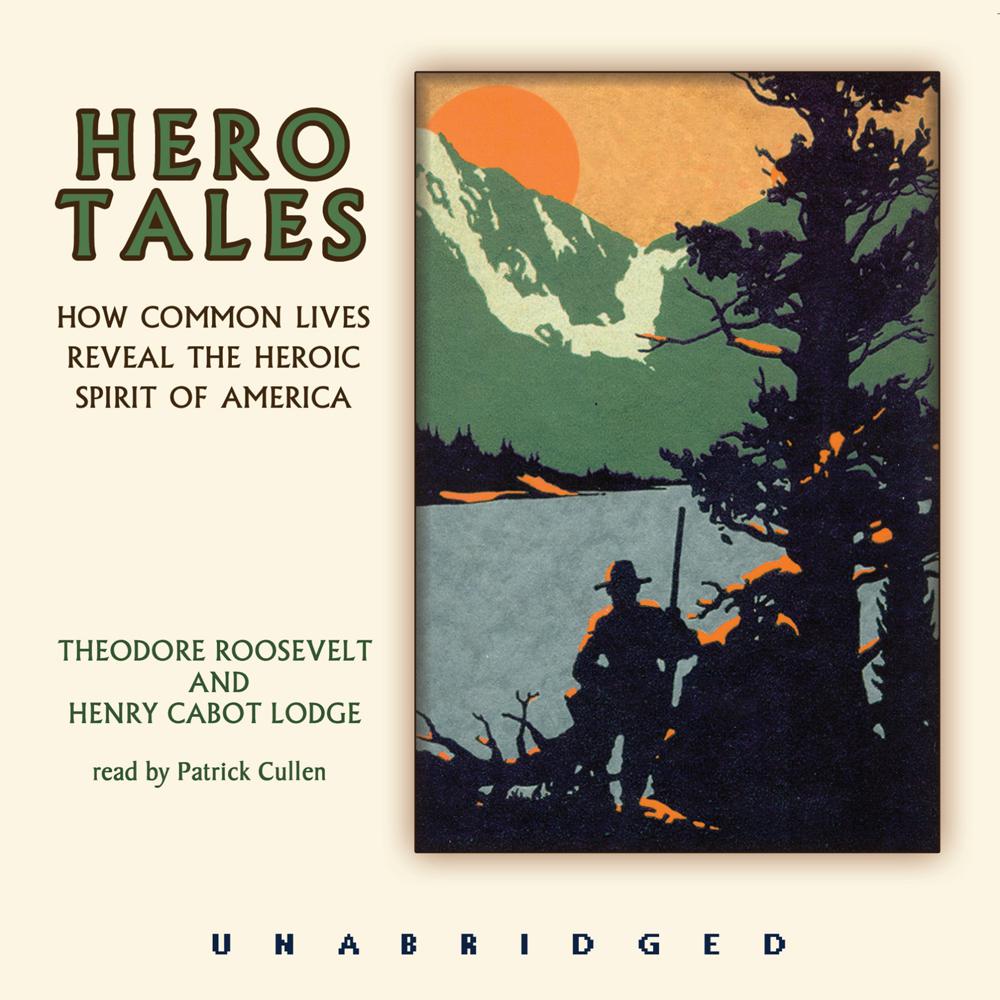 In 1895, two young men destined to make their mark on American life, Theodore Roosevelt and Henry Cabot Lodge, discovered they shared a common interest in the remarkable way ordinary Americans demonstrated the real character of the young nation. They were convinced that the brilliance of American liberty could best be found in the lives of everyday heroes.

These two men researched and wrote the twenty-six inspiring stories in Hero Tales. From great battles of the War for Independence to the intrepid explorations that opened up the western frontier, from the struggles of the early pioneers to the tragedies of the Civil War, these stories capture the essence of the American spirit.

Especially moving is the last chapter, on Abraham Lincoln, in which narrator Patrick Cullen reads Walt Whitman's poem for Lincoln, "O Captain, My Captain," as well as two of Lincoln's speeches, the Gettysburg Address and the Second Inaugural Address.

“Intended to inspire the American people to embrace those moral qualities…indispensable to the good health and survival of a nation.”