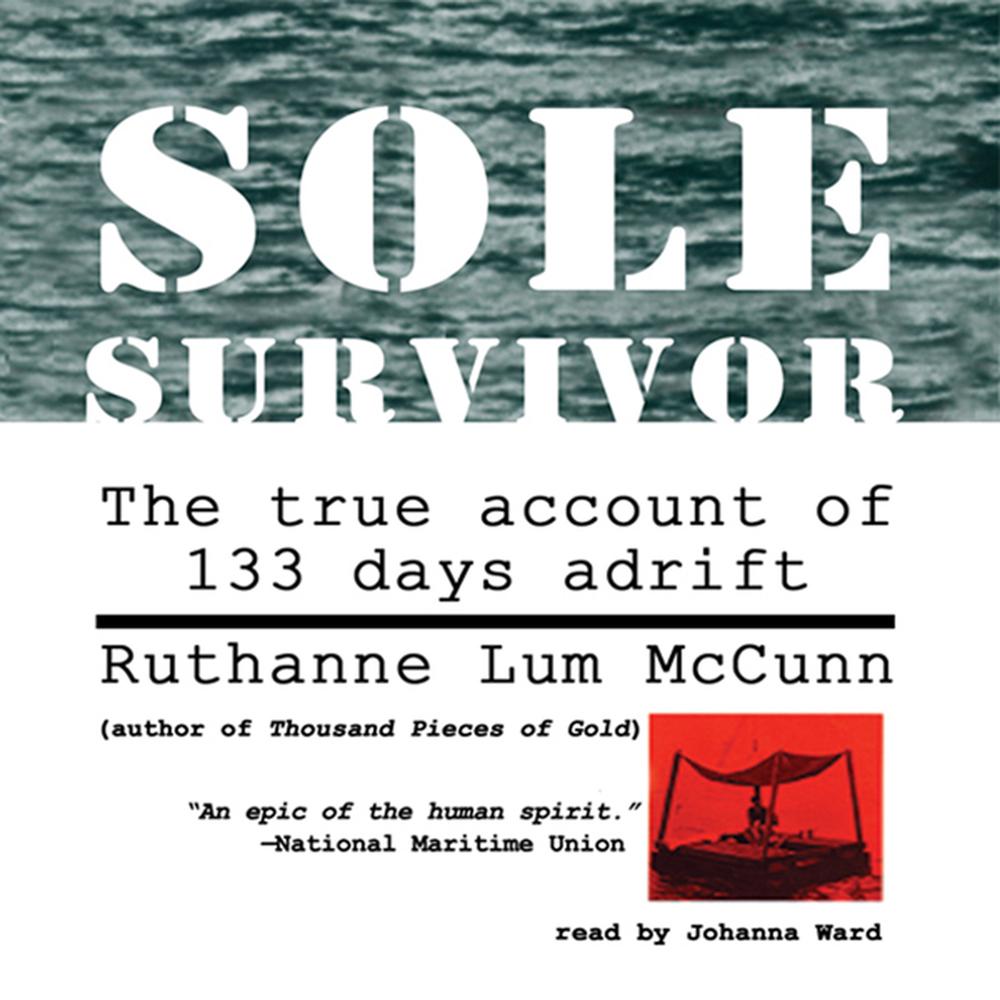 A catastrophic, unexplainable plane crash leaves three hundred and thirty dead -- no survivors. Among the victims are the wife and two daughters of Joe Carpenter, a Los Angeles Post crime reporter.A year after the crash, still gripped by an almost paralyzing grief, Joe encounters a woman named Rose, who claims to have survived the crash. She holds out the possibility of a secret that will bring Joe peace of mind. But before he can ask any questions, she slips away.Driven now by rage (have the authorities withheld information?) and a hope almost as unbearable as his grief (if there is one survivor, are there others?), Joe sets out to find the mysterious woman. His search immediately leads him into the path of a powerful and shadowy organization hell-bent on stopping Rose before she can reveal what she knows about the crash.Sole Survivor unfolds at a heart-stopping pace, as a desperate chase and a shattering emotional odyssey lead Joe to a truth that will force him to reassess everything he thought he knew about life and death -- a truth that, given the chance, will rock the world and redefine the destiny of humanity.From the Trade Paperback edition.

Koontz at his haunting, page-turning best.

Dean Koontz is one of the best suspense writers operating today, with unfailing narrative drive.

[A] fast-paced masterpiece . . . impossible to put down.

“Inviting reading…[Sole Survivor] rings with truth as well as excitement."

“A book of major interest and importance by an American-Chinese author of remarkable talent.”

“[McCunn] shows us a meek, dependent person who is suddenly thrown on his own resources to remain alive…Through tortuous trial and error, Poon…learns to fish with a nail, to collect rainwater and to keep alert despite storms, blazing sun and nighttime cold. Five months later, when he washes ashore in Brazil, he is a matured man. Poon’s experience makes for a dignified, uplifting adventure tale.”

“The tale of Poon Lim’s ordeal, including his thoughts and dreams, are told in Johanna Ward’s soft, pleasant voice, as though she were reading a child’s bedtime story. Her taciturn descriptions of the taste of fish eyes and the intestinal contents of sea birds are not for the squeamish and would be a good awakening for youngsters who won’t eat their vegetables.”

“A vivid account of how one man used his intelligence and ingenuity to survive against incredible odds.”

“A classic saga of ordeal and survival that reminds us of the courage, strength, and resourceful intelligence of which human beings are capable.”