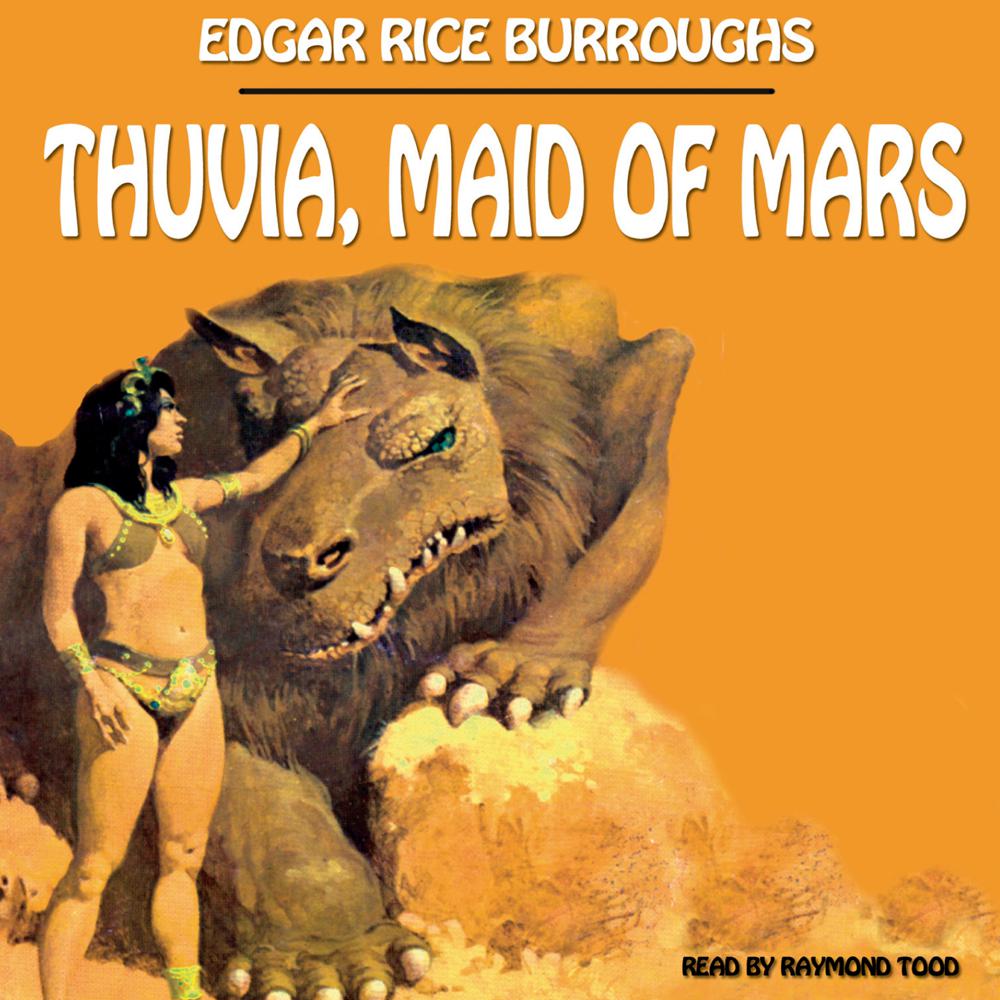 The winds of Edgar Rice Burroughs' Mars blow across a world where danger, daring, and adventure are the lifeblood of its untamed inhabitants. Here are magnificent cities glistening with barbaric splendor and peopled by the noble red men of Mars…savage, rampaging hordes of giant, multilimbed green men who roam the Martian plains…fierce beasts of prey whose hideous cries are the dreadful chorus of the red planet's night.

InThuvia, Maid of Mars, Carthoris, son of the legendary John Carter, is accused of abducting the beautiful Princess Thuvia. To clear his name and to rescue the woman he loves, he must battle hosts of diabolical foes. Yet all seems lost when they fall into the hands of Tario, made ruler of Lothar, for he proposes to sacrifice them to his savage, beast-like god.

“John Carter and his son are true heroes who are brave, loyal, and chivalrous down to their smallest action. [Raymond Todd] captures the grandeur of Mars and the idealism of these great heroes through the pacing and expression of his reading.”