Tackett and the Indian
Lyn Nofziger 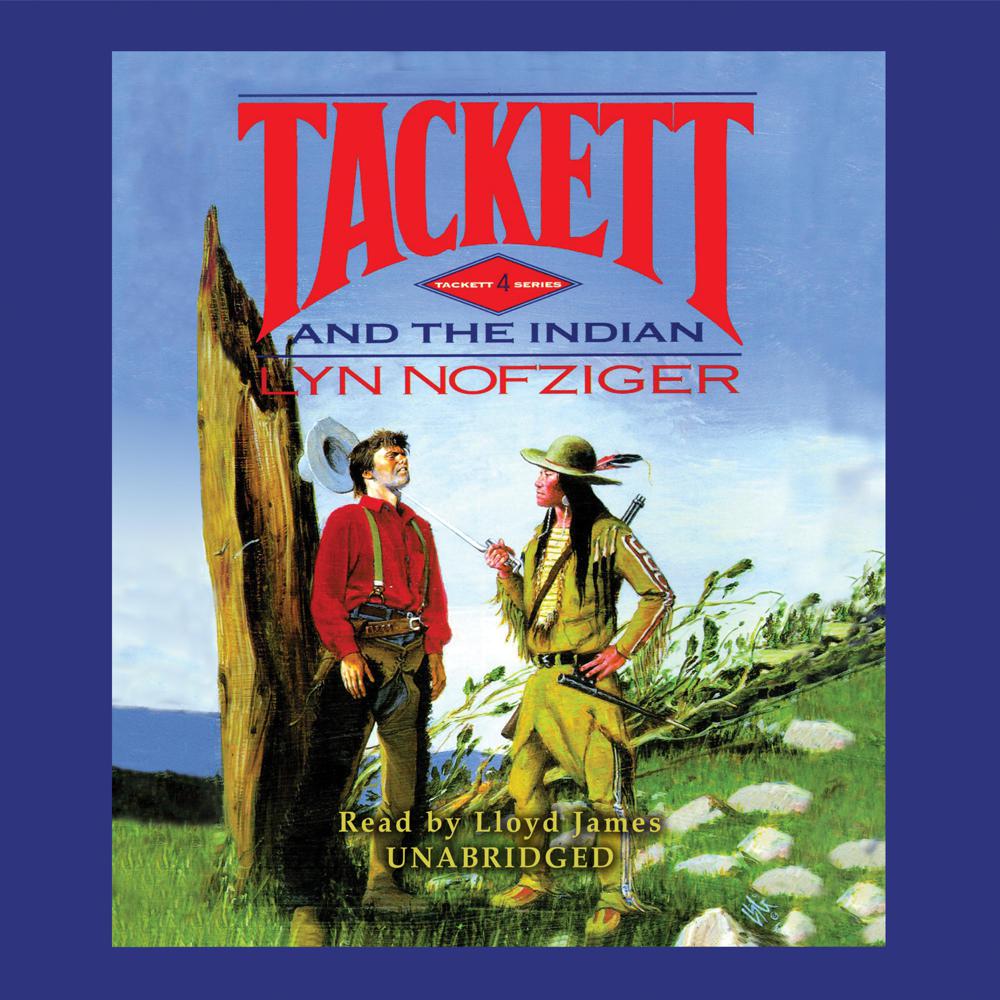 Yarn-spinner Nofziger is at the top of his form in this fast-paced adventure from the American frontier. Falsely accused of cattle-rustling upon arriving in Montana, Tackett is rescued by a comely Sioux maiden, only to find himself in constant danger from a vicious cattleman bent on revenge.

This fetching tale of romance and derring-do contains non-stop action and a host of wonderful characters, like the mysterious Nez Perce Chief Whitewater, the evil Bailey Harbor, and the mountain man Pick Boone. Nofziger's colorful cast and exquisite storytelling bring the old west to life with all the vibrancy commanded by his friend, the late Louis L'Amour, who also makes a cameo appearance.

“Lloyd James matches our hero Del Tackett’s ‘aw-shucks’ narrative style to create a real Western atmosphere. Reading with quiet drama, James draws listeners in to this yarn of romance and action…With plenty of ‘bad guys’ ever present, James and Nofziger together foster an atmosphere of suspense, tension, and mystery.”