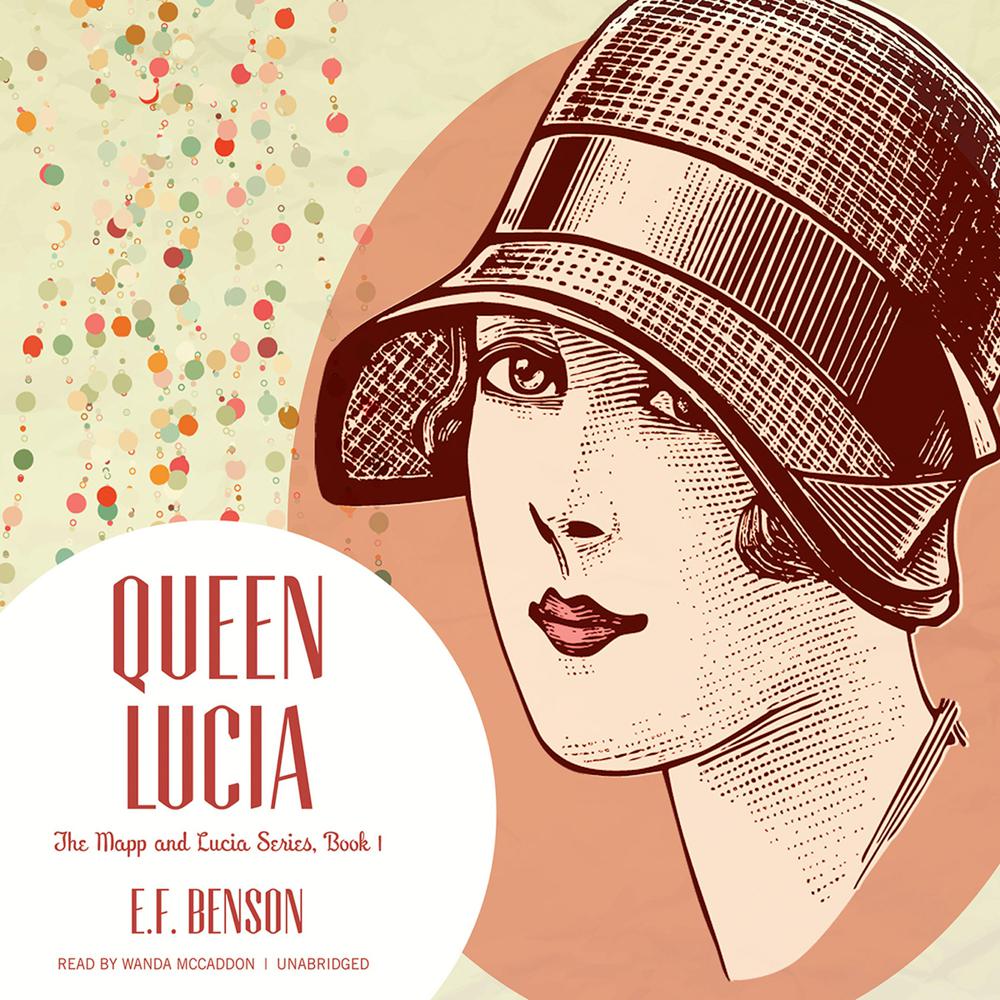 England between the wars was a paradise of calm and leisure for the very, very rich. Into this enclave is born Mrs. Emmeline Lucas—La Lucia, as she is known—a woman determined to lead a life quite different from the subdued formality of her class.

With her cohort, Georgie Pillson, and her husband, Peppino, Lucia upends the greats of high society: the imperious Lady Ambermere and her equally imperious dog, Pug; the odious Piggy and Goosie Antrobus; the Christian Scientist Daisy Quantrock, with her penchant for the foreign; and all the rest of the small English town that the British rich call their country home. Beset on all sides by pretenders to her social throne, Lucia brings culture, fine art, excitement, and intrigue into this cloistered realm.

Told with his usual dry British wit, E. F. Benson gives us the first tale in his classic Mapp and Lucia series.

“These fingers have written many accolades about the voice and interpretations of Nadia May, but they are tingling with pleasure at her rendition of E. F. Benson’s characters in the English town of Riseholme…Such fun does Nadia May have with the stylized characters that the listener actually lives there and is part of the silly rituals of the ’30s…Her delight in reading this novel is directly transmitted to the lucky listener.”

“[The narrator’s] British accent and richly condescending tone are just right for Queen Lucia…She breathes the personality of the wealthy Lucia into each sentence.”

“Benson…is best remembered for his series of Lucia novels, delicious satires of the pretensions and foibles of provincial middle-class life in Britain in the 1920s and ’30s…Queen Lucia, the first in the series, follows Mrs. Lucas (Lucia to her most intimate friends) through a lengthy and often hilarious campaign to derail the career of a would-be rival to the throne of cultural arbiter.”