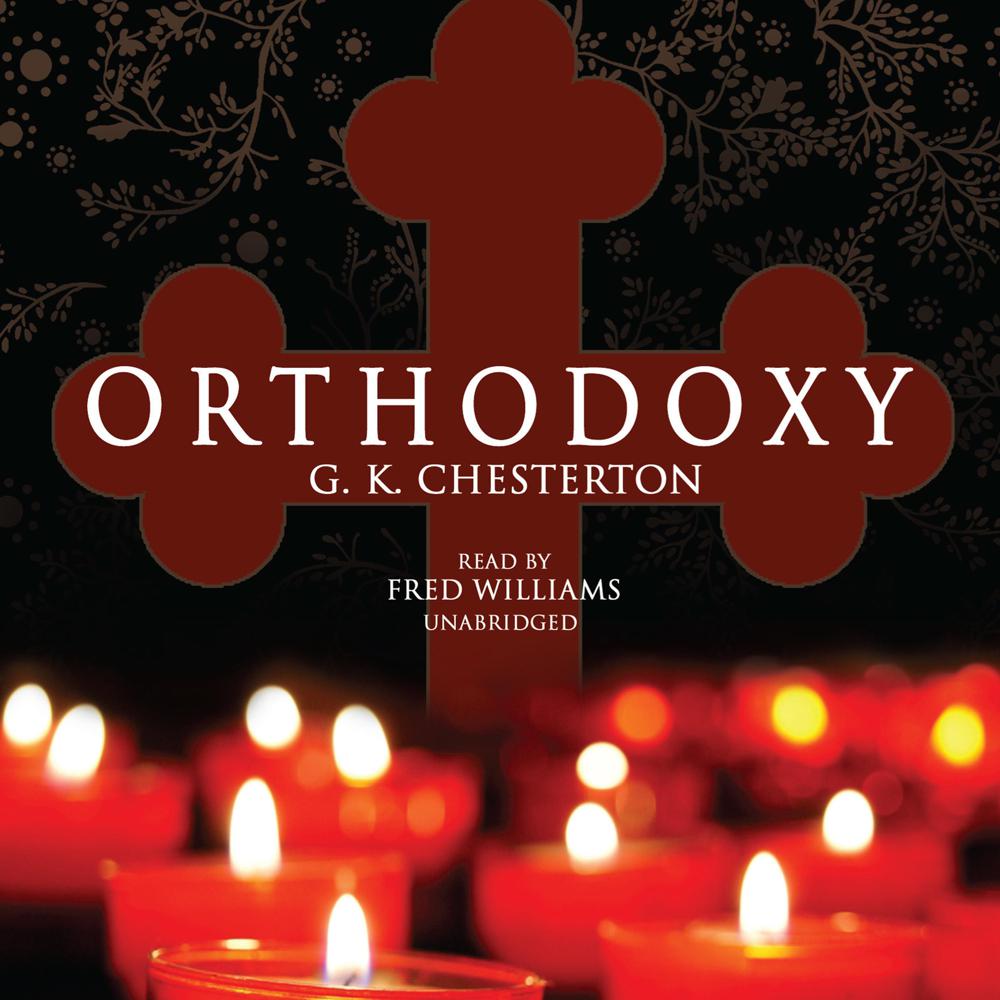 G. K. Chesterton was a journalist, playwright, poet, biographer, novelist, essayist, literary commentator, editor, orator, artist, and theologian. Orthodoxy is his great apologia for the Christian faith, which was prompted by a serious attack in 1903 against Christianity by well-known newspaper editor Robert Blatchford.

Published just five years later, Chesterson’s famous reply took the form of an autobiographical account of his own indoctrination into the faith. Rather than attempt to explain how Christianity can be believed, he emphasizes what fulfillment in this life can come from believing. His argument is that people in western society need a life of “practical romance, the combination of something that is strange with something that is secure. We need so to view the world as to combine an idea of wonder and an idea of welcome.”

“[One of the ten] indispensable spiritual classics [of the past 1500 years].”

“As majestic and down-to-earth as C. S. Lewis at his best…It’s hard to imagine a reader who will not close the book believing, at least for the moment, that the Church will make you free.”

“Since he published Orthodoxy in 1908, G. K. Chesterton has inspired Christians and challenged skeptics with his unique wit and wisdom. He deliever biting analysis still relevant today: ‘A man was meant to be doubtful about himself, but undoubting about the truth; this has been exactly reversed.’ And he composed poignant prose that still touches the heart: ‘Love is not blind; that is the last thing that it is. Love is bound; and the more it is bound the less it is blind.’”