Around the World in Eighty Days
Jules Verne 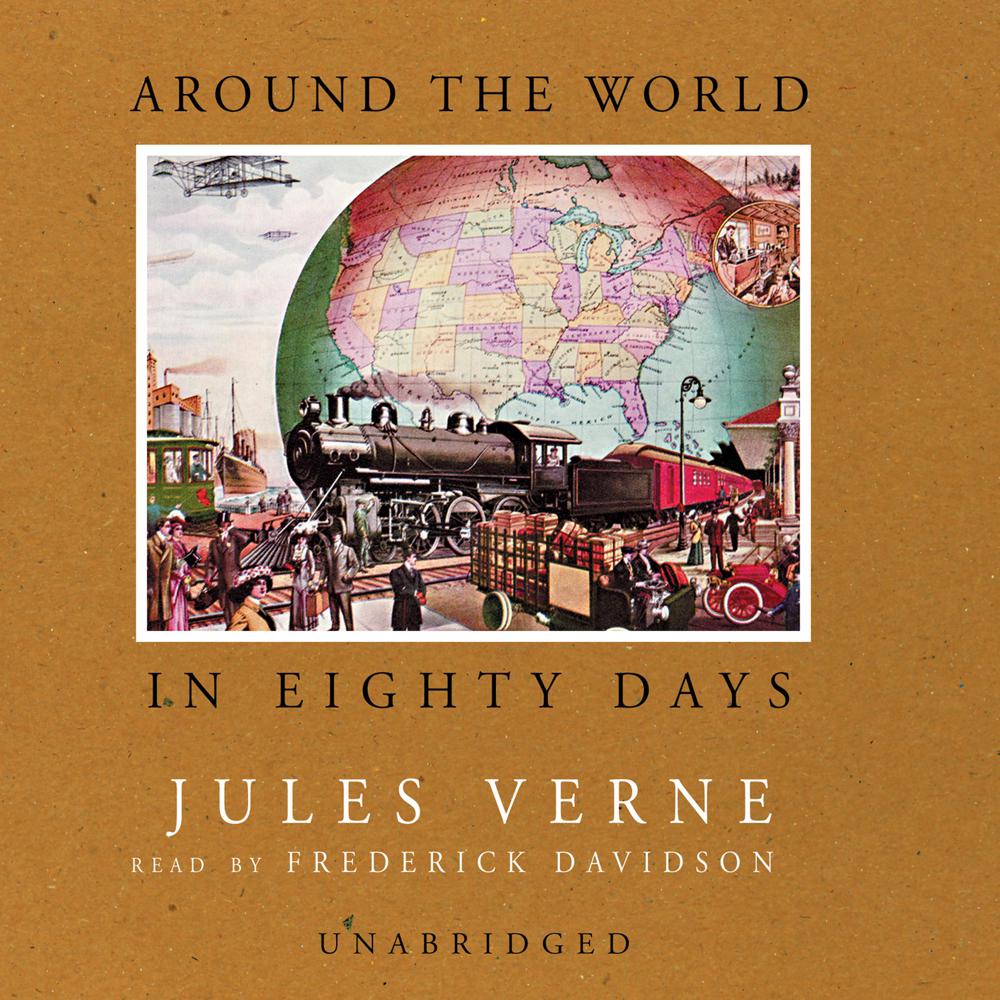 The eccentric Phileas Fogg, a distinguished but sedentary member of London’s Reform Club, takes up a wager that he can circle the globe in just eighty days—an amazing feat in the 1870s. What follows is a lively narrative recounting the journey by Fogg and his valet, Passepartout, as they overcome obstacle after obstacle to win the wager with Fogg’s fellow club members. The pair undertakes a fantastic world tour crossing three continents and two oceans and utilizing every means of transportation available in the 1870s: trains, steamers, an elephant, and a sail-sledge. All the while, they are pursued by a private detective named Fix, who believes Fogg to be a bank robber. Assorted companions join the party, including a damsel in distress named Aouda, whom Fogg rescues in India.

After traveling through Paris, Egypt, India, Japan, America, Ireland, and more, Phileas Fogg finally arrives back in London—having just by the remotest chance met the deadline, convinced Fix of his innocence, and collected the payment. And money isn’t the only prize he’s won.

This is a marvelous travelogue mixed with dazzling suspense, delightful fantasy, and lively comedy where frustrating delays and death-defying exploits abound.

“It’s the views of old ships and trains, of costumed natives, and distant ports of call—from Port Said to San Francisco—that evoke the tale’s panorama of the exotic.”

“The reason Verne is still read by millions today is simply that he was one of the best storytellers who ever lived.”

“Jules Verne's masterpiece .. stimulated our childhood and taught us more than all the atlases: the taste of adventure and the love of travel. 'Thirty thousand banknotes for you, Captain, if we reach Liverpool within the hour.' This cry of Phileas Fogg's remains for me the call of the sea.”