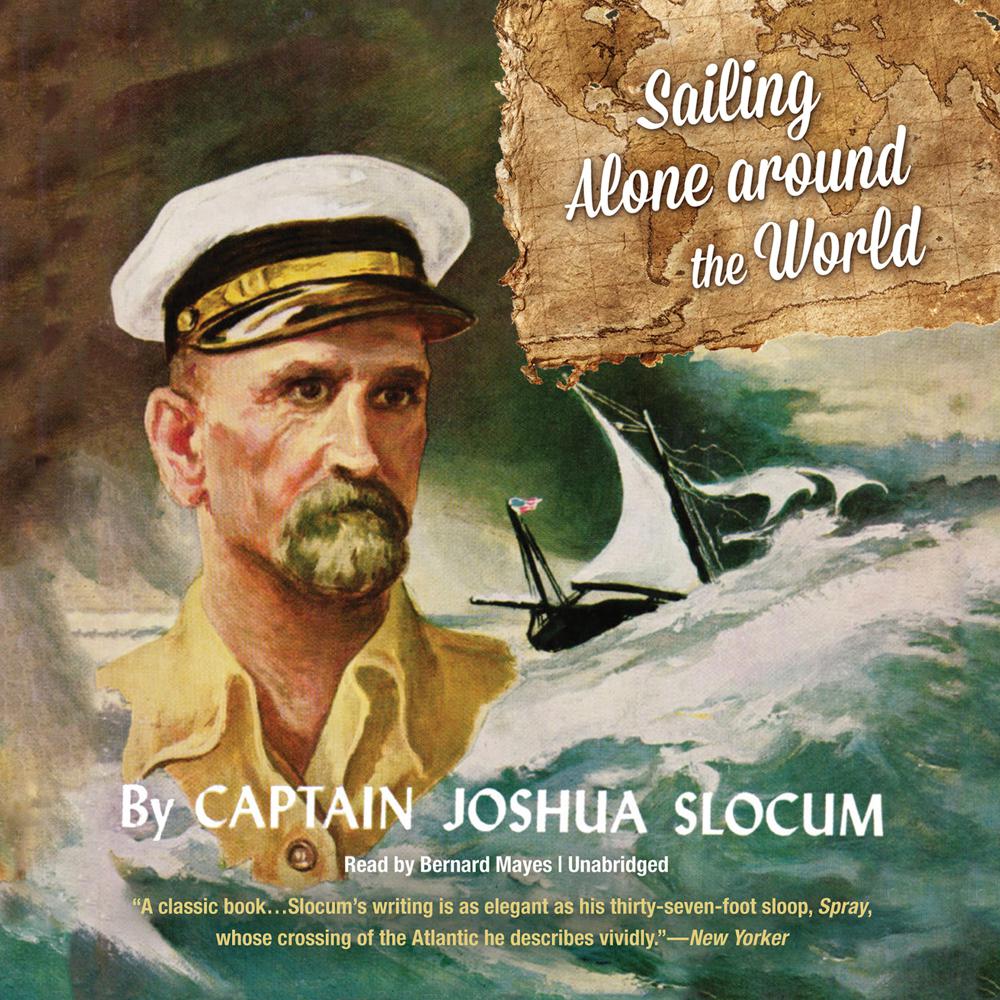 Challenged by an expert who said it couldn’t be done, Joshua Slocum, a fearless New England sea captain, set out in April 1895 to prove that a man could sail alone around the world. A little over three years and forty-six thousand miles later, the proof was complete. This is Slocum’s own account of his remarkable adventures during the historic voyage of the Spray.

Whether Slocum was more accomplished as a writer or sailor is hard to say. His writing style is fast paced, witty, and exhilarating, an absorbing match to his harrowing adventures—adventures that included being chased by Moorish pirates off Gibraltar; escaping a fleet of hostile canoes; being submerged by a great wave off the Patagonian coast; an encounter with Black Pedro, “the worst murderer in Tierra del Fuego”; and foiling a nocturnal attack by savages by strewing carpet tacks on the Spray’s deck.

“[A] literate and absorbing yarn…A convincing tale of the intelligence, skill, and fortitude that drove a master navigator.”

“One of the most readable books in the whole library of adventure.”

“A classic book…Slocum’s writing is as elegant as his thirty-seven-foot sloop, Spray, whose crossing of the Atlantic he describes vividly.”

“No better voice than that of Bernard Mayes could have been picked for this voyage filled with adventures ranging from the total loneliness of the solo voyage to the tense fear of attack by Tierra del Fuego pirates…Bernard makes [the adventures] as exciting as they must have been to Slocum; his voice is the voice of a sailing gentleman.”

“Surely one of the all-time classic sailing narratives, this is more than just an account of a fascinating and often arduous journey, it has also given rise to a mythology all its own.”

“Sailing Alone around the World could have been written yesterday. It flows free and easy and is filled with amusing anecdotes…Any sailor who loves the sea will be brought up short from time to time by the quiet eloquence of Slocum's writing.”

“The classic of its kind.”

“This audio presentation sparkles with the author’s wit and the reader’s calm, light English accent…Mayes’ voice is perfect for a man in his sixties, spinning the adventures of his sailing around the world.”