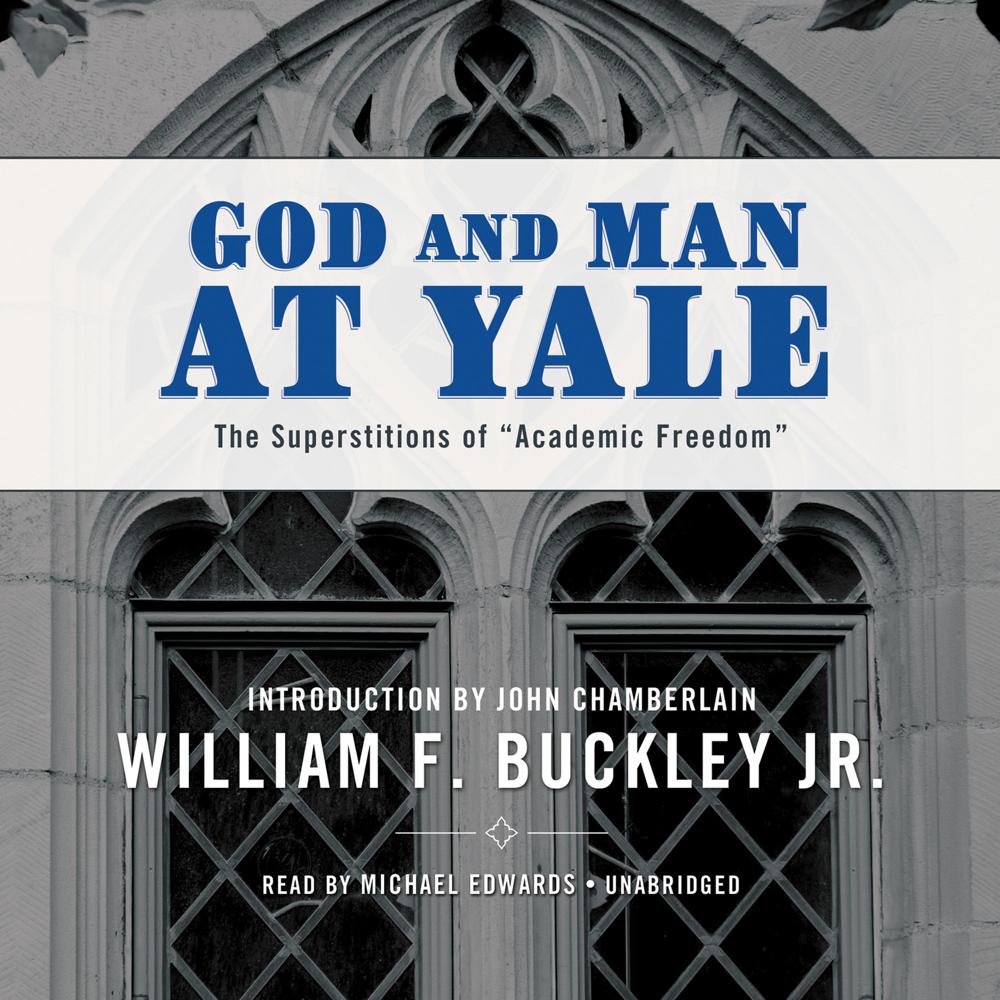 This is the book that launched Buckley's career—and a movement. As a young recent graduate, Buckley took on Yale's professional and administrative staffs, citing their hypocritical withdrawal from the tenets upon which the institution was built. Yale was founded on the belief that God exists, and thus virtue and individualism represent immutable cornerstones of education. But when Buckley wrote this scathing expos├®, the institution had made an about-face: Yale was expounding collectivism and agnosticism. This classic work shows Buckley as he ever was: dauntless, venturesome, bold, and valiant.

More than half a century later, experience the extraordinary work that began the modern conservative movement.

“Still correct and prophetic. It defines the conservative revolt against socialism and atheism on campus and in the culture and reconciles the alleged conflict between capitalist and religious conservatives.”

“William F. Buckley’s book with the brilliant title, God and Man at Yale, will kick up a glorious controversy…Brilliant, sincere, well-informed, keenly reasoned, and exciting to read.”

“A critique written in love.”