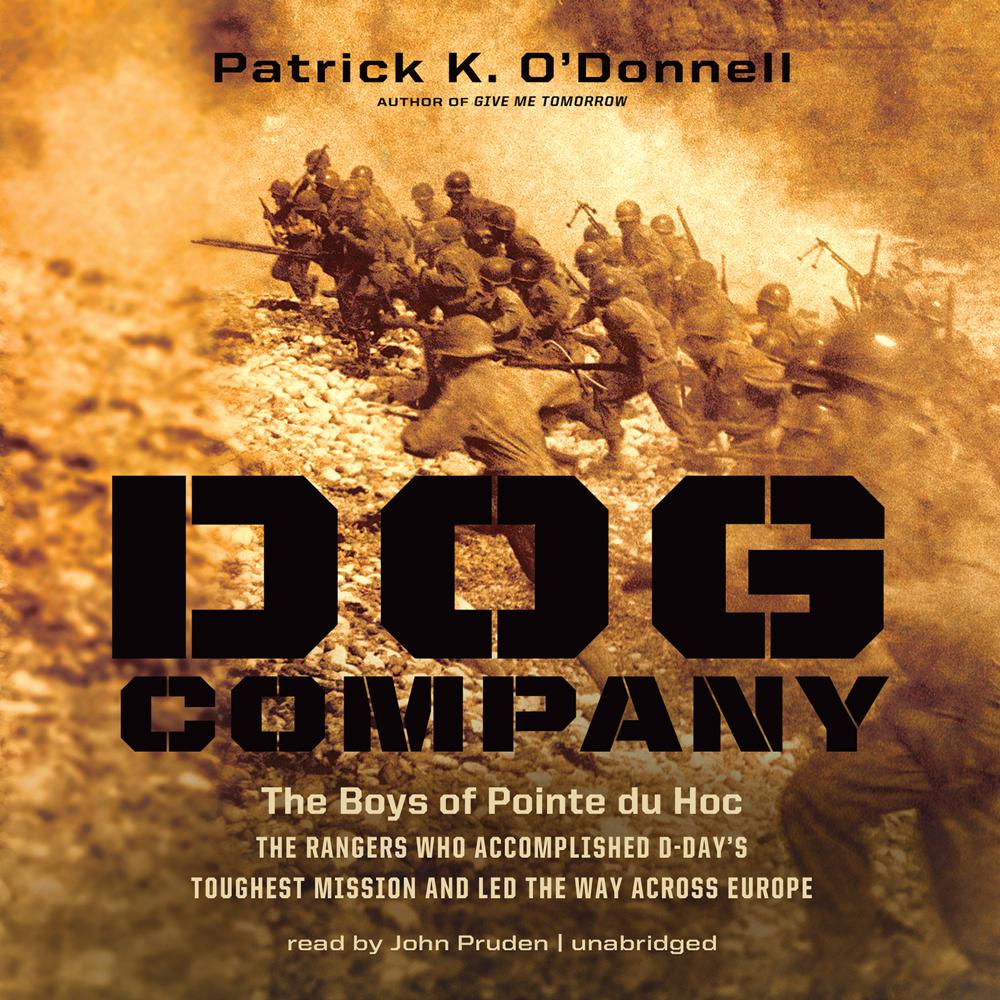 An epic World War II story of valor, sacrifice, and the Rangers who led the way to victory in Europe

It is said that the right man in the right place at the right time can make the difference between victory and defeat. This is the dramatic story of sixty-eight soldiers of the US Army's Second Ranger Battalion, D Company—Dog Company—who made that difference, time and again.

From D-day, when German guns atop Pointe du Hoc threatened the Allied landings and the men of Dog Company scaled the ninety-foot cliffs to destroy them; to the thickly forested slopes of Hill 400, in Germany's Hürtgen Forest, where the Rangers launched a desperate bayonet charge across an open field, captured the crucial hill, and held it against all odds. In each battle, the men of Dog Company made the difference.

Dog Company is their unforgettable story—thoroughly researched and vividly told by acclaimed combat historian Patrick K. O'Donnell—a story of extraordinary bravery, courage, and determination. America had many heroes in World War II, but few can say that, but for them, the course of the war may have been very different. The right men, in the right place, at the right time—Dog Company.

“Long admired for his powerful combat narratives, with Dog Company O’Donnell has produced his finest book yet. A fascinating tale of extraordinary heroism.”

“Patrick O’Donnell has set the gold standard for war histories rich in color, drama, and detail. With Dog Company, he’s hit that high mark once more. Drawing on a trove of government reports plus hundreds of in-depth interviews with the men who fought, O’Donnell takes you from the scaling of Pointe du Hoc’s murderous cliffs on the Normandy coast to the Battle of the Bulge and into the rubble of Germany. World War II comes to life through the eyes of this one company of intrepid US Army Rangers.”

“Inspiring story of the Army’s Second Ranger Battalion, Company D (Dog Company), from battle historian O'Donnell…A worthy tribute honoring each member of a small group of volunteers who responded to the call of duty.”

“An intimate history in the Band of Brothers tradition. Only a gifted combat historian like Patrick O’Donnell could bring Dog Company’s story to life with such stunning immediacy and well-researched accuracy. Chock full of pulse-pounding action and keen insight, this book is a true page-turner.”

“No World War II historian can tell the story of the US Army Rangers better than Pat O’Donnell, and in his book Dog Company he has managed to relate the remarkable history of a single Ranger company in an informative and entertaining way. It is a great read, and I recommend it highly, both to history buffs and those with only a passing interest in America’s past."

“Wow! Another victory for Patrick O’Donnell, who really captures the spirit of this elite group of Rangers—possibly the toughest fighting force America has ever put together. Dog Company is every bit as good as Stephen Ambrose’s Band of Brothers, and likely even better.”