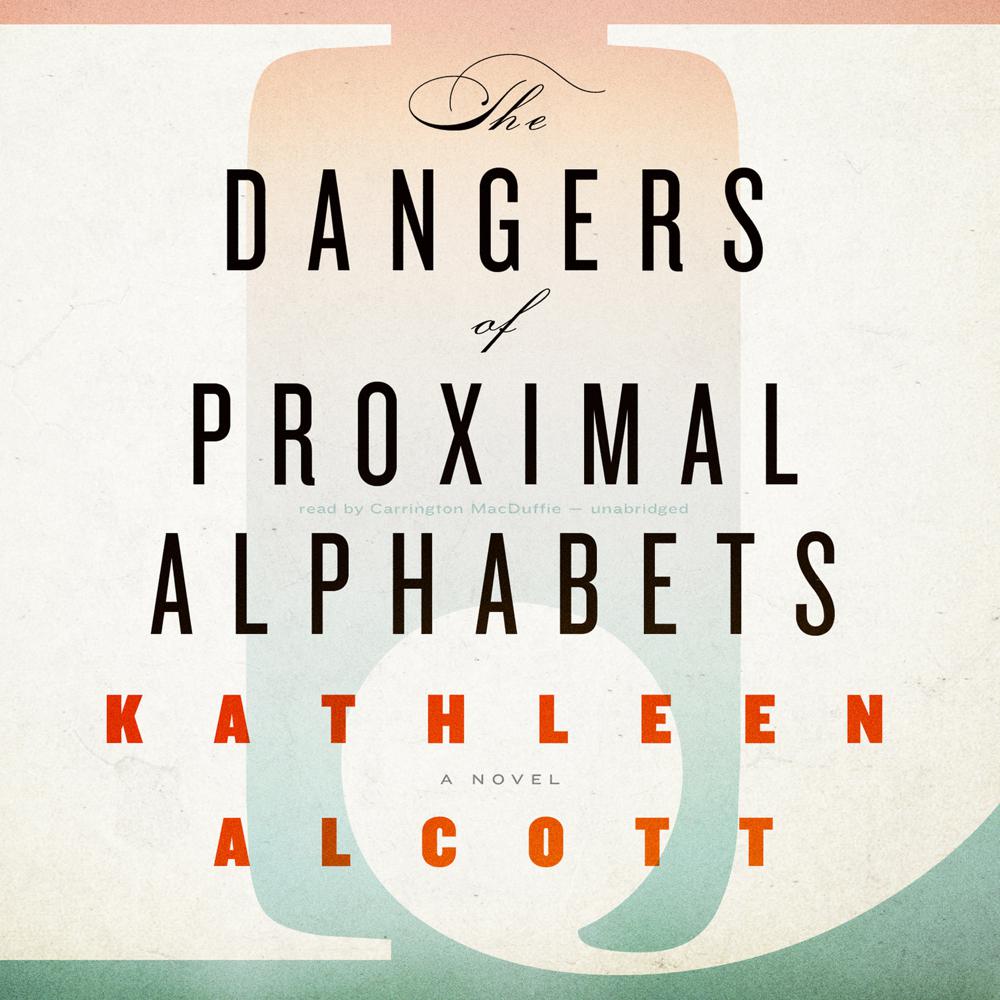 Ida grew up with Jackson and James—where there was "I" there was a "J." She can't recall a time when she didn't have them around, whether in their early days camping out in the boys' room decorated with circus scenes or later as teenagers when they were drinking on rooftops. While the world outside saw them as neighbors and friends, to each other the three formed a family unit—two brothers and a sister—not drawn from blood but from a deep need to fill a void in their single-parent households. Theirs was a relationship of communication without speaking, of understanding without judgment, of intimacy without rules and limits.

But as the three mature and emotions become more complex, Ida and Jackson find themselves to be more than just siblings. When Jackson's somnambulism produces violent outbursts and James is hospitalized, Ida is paralyzed by the events that threaten to shatter her family and put it beyond her reach.

Kathleen Alcott's striking debut, The Dangers of Proximal Alphabets, is an emotional, deeply layered love story that explores the dynamics of family when it defies bloodlines and societal conventions.

“In fluid, bubbling prose, and with a good deal of plaintive humor, Ms. Alcott has written a beautiful story of love and heartbreak. Mirabile dictu—here is another joyously good first novel.”

“The initial sense of beauty and sweetness between [Ida and Jackson] is tempered by uncomfortable intensity and claustrophobia…and what emerges as a whole is an emotional narrative that is not easy or relatable but that sparks with convincing pain and nostalgia.”

“The Dangers of Proximal Alphabets is a powerful and emotionally resonant novel that beautifully and with rare precision explores the magnetic danger of love. Alcott has found a language for the unsayable.”

“The narrative…expertly interweaves Ida’s current reflections with her introspection about past events, some simple and innocent, others complex and appalling…All add dimension to each character and help establish the emotional depth of a well-told story. An accomplished debut.”

“A wholly original and moving work, a nuanced consideration of the complicated ways in which we love and fail one another. A lovely and intelligent debut.”

“To say I adored this book would be an understatement. I fell so hard into the wise, strange world Alcott creates for her characters that closing this book was like waking up from a dream I never wanted to end. A powerful debut from a writer I expect to see a lot more from.”

“Every once in a while a book comes along that you didn’t know you were missing until you found it. The Dangers of Proximal Alphabets is one of those books: dreamy and captivating, it nestles up inside of you, even as it tells you a devastating tale. What a wonderful debut for Kathleen Alcott.”

“The Danger of Proximal Alphabets is a novel as fugue state between childhood obsessions and adult behaviors. It exists in the gaps between memory and hope, between love and obligation. Reading it, you will at once be sixteen again, drinking a beer somewhere you shouldn’t, sure that the entire world lives inside your heart, beating three times as fast as it should.”

“Disenchanted and creative, The Dangers of Proximal Alphabets is a surreal and thought-provoking debut.”