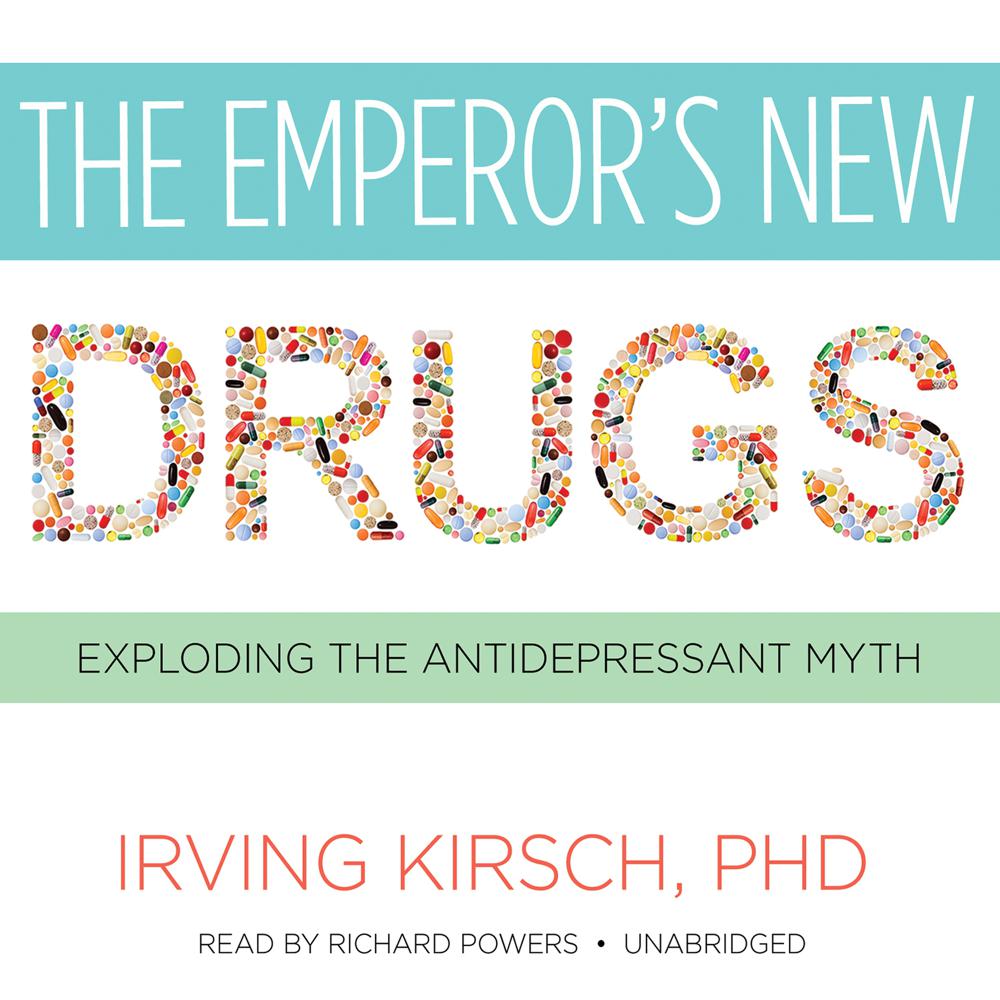 Irving Kirsch has the world doubting the efficacy of antidepressants. Do they work, or are they no better than placebos? Like his colleagues, Kirsch spent years referring patients to psychiatrists to have their depression treated with drugs. Eventually, however, he decided to investigate for himself just how effective the drugs actually were.

With fifteen years of research, Kirsch demonstrates that what everyone “knew” about antidepressants is wrong—what the medical community considered a cornerstone of psychiatric treatment is little more than a faulty consensus. But The Emperor’s New Drugs does more than just criticize: it offers a path society can follow to stop popping pills and start proper treatment.

“[Kirsch’s] case that the drugs’ benefits are due to placebo and enhanced placebo effect is fascinating and demands urgent research…Clearly, it’s time for a big rethink of what constitutes mental illness and about how to treat it.”

“The Emperor’s New Drugs absolutely dismantles the case for antidepressants as a pharmacologically effective treatment.”

“[A] spare, remarkably engrossing book…Kirsch is a faithful proponent of the scientific method, and his voice therefore brings a welcome objectivity to a subject often swayed by anecdotes, emotions, or…self-interest.”

“In measured prose, Kirsch leads the reader through the labyrinth of more than twenty years of trials, studies, and meta-analyses and shows that these pills are no better than placebos.”

“We can only hope that Kirsch’s call will be heard.”

“[Irving Kirsch’s] published articles—and now this book—are having a profound impact on the field, and deservedly so. His research is careful, his logic is easy to follow, and his writing is clear, all of which make The Emperor’s New Drugs an engaging—and important—read. Americans typically turn to the drug cabinet for help with depression, and Kirsch’s book makes a convincing argument that psychotherapy would be a better choice.”

“Considering the crude and nonspecific therapies that have been historically available for depression, the thought of a pill acting as an effective agent against the tumultuous symptoms of this disease was appealing to everyone in the mental health industry. But, as Irving Kirsch points out in this provocative and informative treatise, The Emperor’s New Drugs, this dream ultimately turned out to be a fairy tale. There was no prince of healing to provide the promised relief for patients. Kudos to Dr. Kirsch for his impressive scientific investigative reporting described in this book, forcing our attention away from the fairy tale and toward the reality of more effective treatment strategies for depression.”

“A terrific account of how optimism, greed, and scientific incompetence have misled us about the nature of depression and the drugs we throw at it.”

“Writing with a broad audience in mind, Kirsch expands on this important topic in a lively style with clear, cogent explanations of the science involved and many examples of the differences between solid and flawed research. The result is a fascinating book with broad implications for science policy.”

“Kirsch…uses clear no-nonsense prose to marshal the extraordinary and convincing evidence needed to support his position.”

“Kirsch raises important questions about how drugs are tested and whether complicated human conditions such as depression can be reduced to chemical mechanics.”