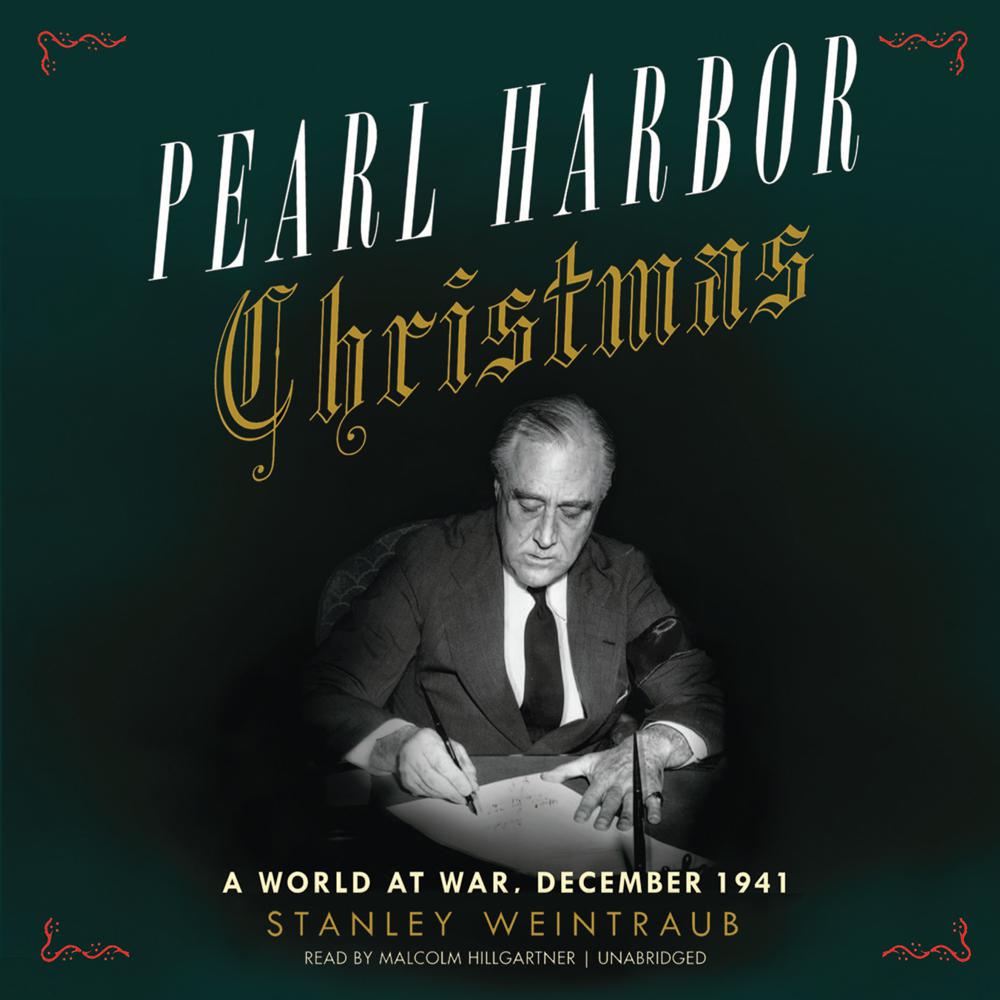 Christmas 1941 came little more than two weeks after the attack on Pearl Harbor. The shock—in some cases overseas, elation—was worldwide. While Americans attempted to go about celebrating as usual, the reality of the just-declared war was on everybody’s mind. United States troops on Wake Island were battling a Japanese landing force and, in the Philippines, losing the fight to save Luzon. In Japan, the Pearl Harbor strike force returned to Hiroshima Bay and toasted its sweeping success. Across the Atlantic, much of Europe was frozen under grim Nazi occupation.

Just three days before Christmas, Churchill surprised Roosevelt with an unprecedented trip to Washington, where they jointly lit the White House Christmas tree. As the two Allied leaders met to map out a winning wartime strategy, the most remarkable Christmas of the century played out across the globe.

Pearl Harbor Christmas is a deeply moving and inspiring story about what it was like to live through a holiday season few would ever forget.

“[A] compelling book…Provides a compact and vivid day-by-day account of the days following the Japanese attacks on Pearl Harbor…For political junkies, this title is chock-full of amusing observations…Weintraub’s work is an illuminating and heartwarming celebration of the seventieth anniversary of Pearl Harbor.”

“Weintraub excels at illuminating larger-than-life characters…Christmas 1941 may have been the most difficult in American history, but Weintraub describes it masterfully.”

“A detailed yet intimate portrait of the weeks following Pearl Harbor.”

“A deeply moving and inspiring story about what it was like to live through a holiday season few would ever forget.”

“A must-read for history buffs…Entertaining.”

“A minor genre, the day-by-day chronicle, receives a fine addition as veteran historian Weintraub devotes a chapter each to the last ten days of 1941 plus New Year’s Day…Readers will enjoy his opinionated portraits of the allied leaders as they hammered out strategy, much of which was rendered irrelevant by subsequent events.”

“A vivid eleven-day account of a World War II holiday…The author brilliantly juxtaposes the horror and violence of war with the tender nostalgia of Christmas…Erudite, sweeping, and contemplative—classic Weintraub.”

“Narrated by Malcolm Hilgartner, the account has the urgency of news bulletins as it juxtaposes battles and diplomatic efforts with holiday preparations. He gives figures such as Winston Churchill and Franklin D. Roosevelt appropriates tones of gravitas in a historic meeting. Bringing alive a last Christmas of plenty before wartime deprivations hit the US public foreshadows the dramatic effects of WWII. The book reveals December 1941 as a key month in US history.”