Give Me Tomorrow
Patrick K. O'Donnell 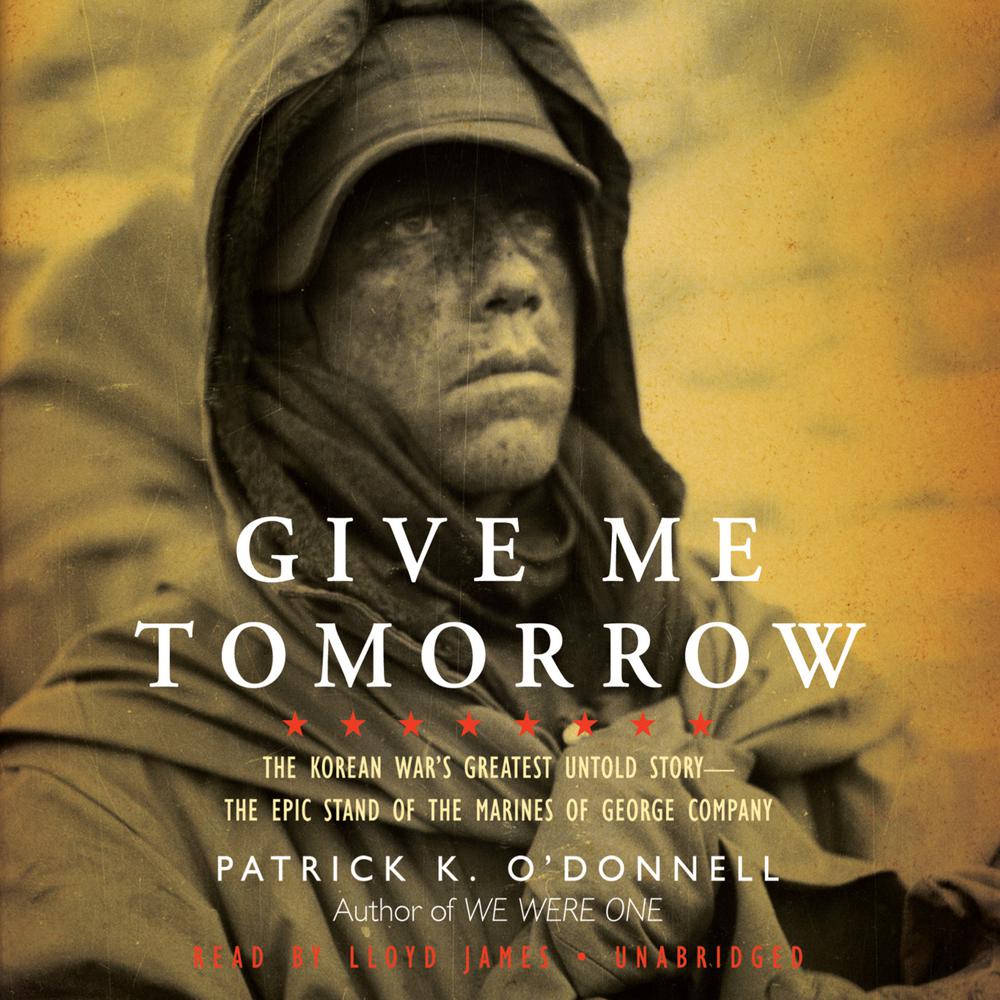 “If I were God, what would you want for Christmas?” With a thousand-yard stare, a haggard and bloodied marine looked incredulously at the war correspondent who asked him this question. In an answer that took “almost forever,” the marine responded, “Give me tomorrow.”

After nearly four months of continuous and bloody combat in Korea, such a wish seemed impossible. For many of the men of George Company, or “Bloody George”—one of the Forgotten War’s most decorated yet unrecognized companies—this would be their last day.

This is the epic story of George Company, Spartans for the modern age. After storming ashore at Inchon and fighting house-to-house in Seoul, America’s last reserve unit found itself on the frozen tundra of the Chosin Reservoir facing an entire division of Chinese troops. Little did this small band of men—green troops who had been rushed through training to bring fresh forces to the war—know they would soon be saviors. This is their story, and it will never again be forgotten.