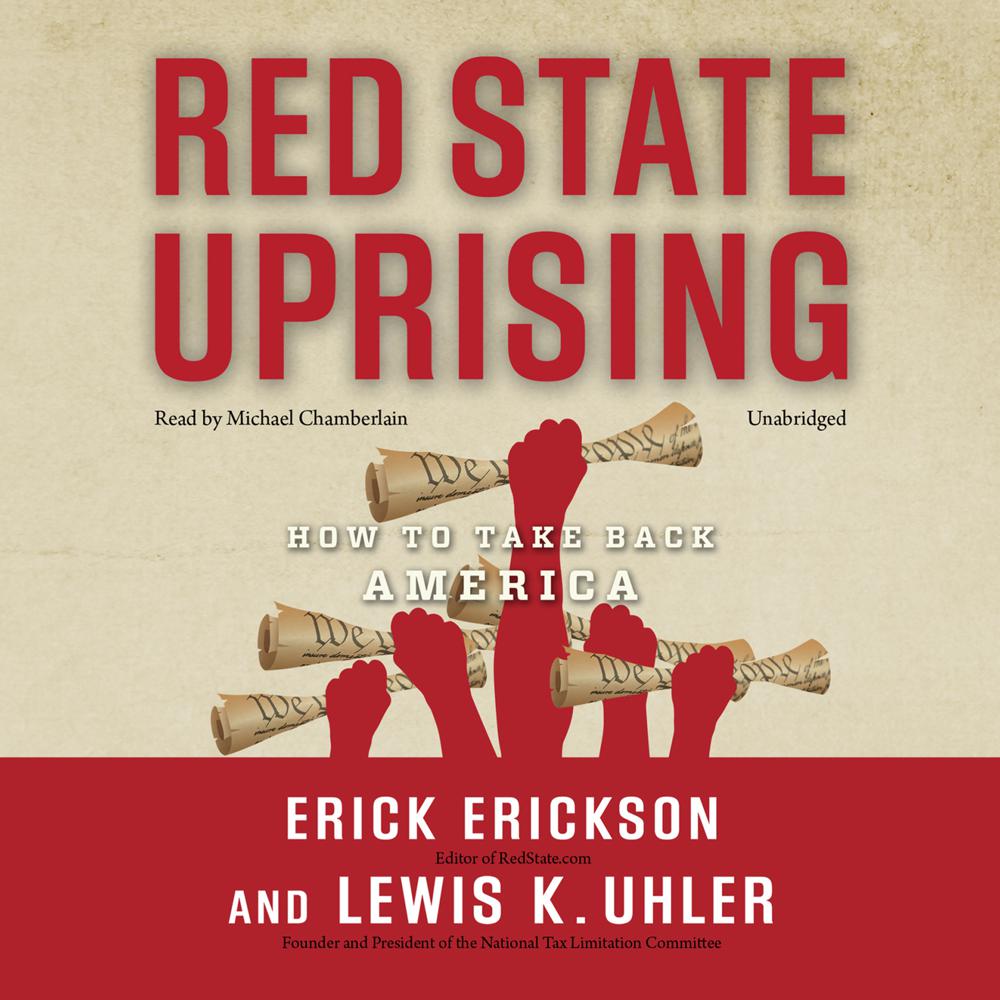 Fed up with our arrogant federal government? Don’t want massive programs we don’t need and can’t afford? Then join the Red State Uprising! In his new book, RedState.com founder Erick Erickson clearly outlines what needs to change in Washington and what we can do locally to make it happen. Red State Uprising is not about anarchy or a revolution—it’s about reshaping government to maximize economic growth, individual liberty and private property rights. Barack Obama has shown his determination to move the country towards a socialist “nanny” state, culminating in the government takeover of health care. The vast majority of Americans reject this vision and Red State Uprising calls upon this majority to stand up and take action. There is a right size for government, Erikson argues, but it is much smaller, much cheaper, and much less intrusive than what we’ve got now. Red State Uprising offers conservatives a plan to take back the people’s government.

“Insightful and timely, Red State Uprising: How to Take Back America is no typical sky-is-falling analysis of big government. Erickson and Uhler dig deep to diagnose not only what the problems are, but how they came to be—and candidly examine the contributions of both Democrats and Republicans to the disastrous state of governance in America today. Even better, though, they offer solutions for downsizing the government, electing true conservatives, and reclaiming our heritage as citizens in the land of opportunity."

“Erick Erickson and Lewis K. Uhler’s insights on American conservatism are mandatory reading for everyone committed to limited government and Reagan conservatism. Red State Uprising: How to Take Back America is a call to arms for everyone who believes in the enduring values of the conservative movement today.”

“Red State Uprising: How to Take Back America should be required reading for anyone who’s fed up with Washington’s reckless policies and wants to do something about it. Erick Erickson and Lewis K. Uhler are fearless conservatives who expose big government politicians in both parties and sound the alarm on runaway spending, debt, and government intrusion into our lives. Red State Uprising taps into the American awakening taking place across the nation and provides an action plan for grassroots activists and a new generation of conservative leaders to take back their country.”