To You We Shall Return
Joseph M. Marshall 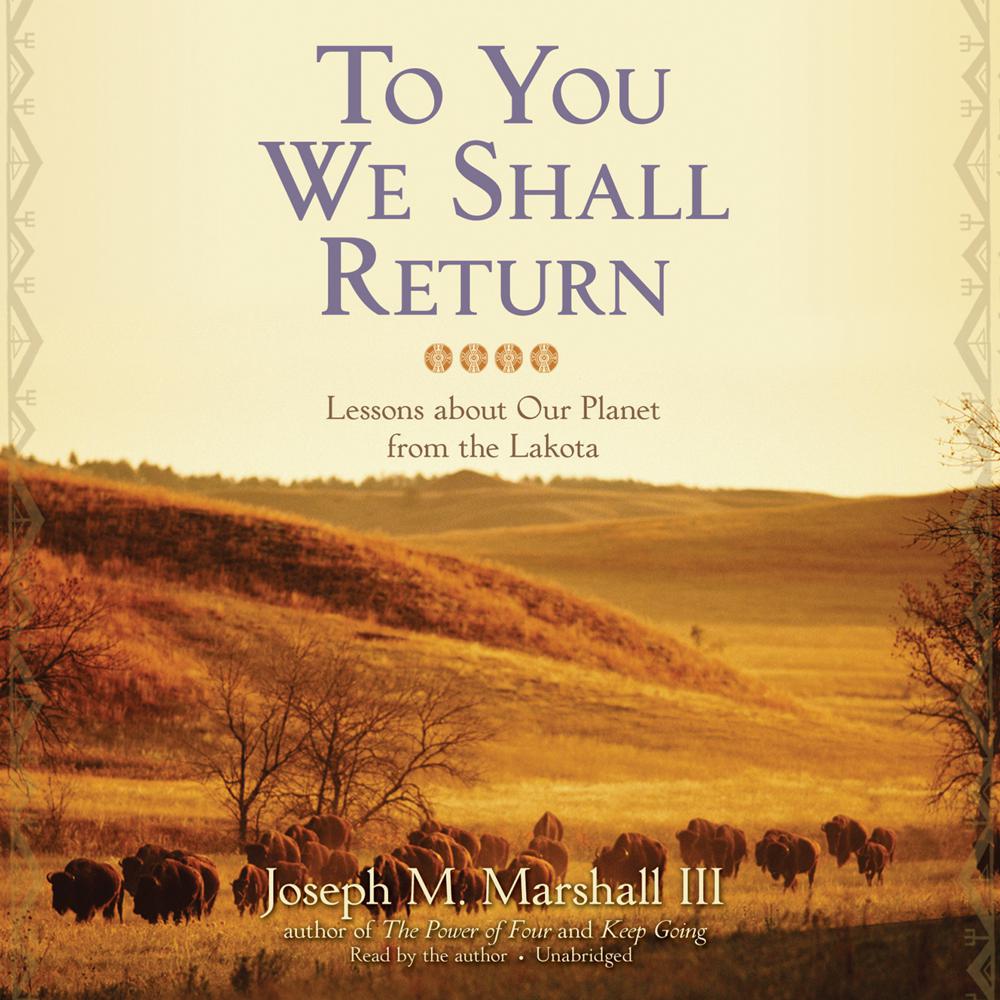 “Grandmother, you who listen and hear all, you from whom all good things come…It is your embrace we feel when we return to you…”

This traditional Lakota prayer to Grandmother Earth opens Joseph Marshall III’s newest work, a meditation on our connection to the land and an exhortation to respect it. Using a combination of personal anecdote, detailed history, and Lakota tales, Marshall takes us back to his childhood and shows us how we, too, can learn to love our planet.

Although he was educated in Euro-American schools, Marshall had the benefit of growing up with wise grandparents who taught him never to walk a path without knowing the trail from which he’d come: that the bow does not make the hunter, and above all, that the earth can be boundlessly generous—if we can learn to accept its gifts.

Part memoir, part cultural manifesto, To You We Shall Return offers a comparison between Euro-American attitudes, policies, and history regarding the natural environment to that of ancient native North American beliefs and practices in relating to and living with that same environment. Speaking from the cultural viewpoint of the Lakota of the northern Plains, the author discusses the evolution of native cultures to fit within the environment and adapt to it, as opposed to changing it drastically or wholesale to fit human needs and comforts. He suggests that changing our contemporary thinking in relating to the earth in a less harmful way does not mean a drastic change in lifestyles, but that revisiting the methods of adaptation to and coexistence with the earth will foster a renewed respect which will ultimately benefit mankind as well.

Conservation of the environment, History of the Americas, Social and cultural history, Indigenous peoples, Ethnic studies

“This work by the Lakota philosopher is a meditation on our connection to the land and an exhortation to respect it. Marshall combines personal history, tribal history, and metaphysics with modern analogies and commentary. His message is best captured by the Lakota ethos that the people belong to the land, not the other way round, and that the land is a resource like the air, that no one can own. His overarching point is that the earth can be boundlessly generous if we can learn to accept its gifts. Marshall delivers the book himself in a measured, deliberate style. His reading is paced well and expresses subtle emotion.”

“Soft-spoken, matter-of-fact, and firm in his delivery, the author Joseph M. Marshall III, a Lakota Sioux, chastises Euro-Americans (whites) for our degradation of Nature. Their land and its bounty of gifts have always been the focus of Native American lives from the frigid far north to the southwestern desert. He describes how a variety of Native American nations have successfully adapted to every kind of terrain and treated their homelands with respect and affection. The Manifest Destiny tactics of the white-controlled United States government uprooted them cruelly. Interspersed among his historical comments are his own memories of growing up happily and simply on the Rosebud reservation without electricity or automobile transport and savoring the wise ways of his grandparents.”

“Those who are intrigued by the fascinating saga of the Lakota will find additional insight into their history and traditions in To You We Shall Return: Lessons About Our Planet from the Lakota...with all of the debate over climate change and the dwindling of natural resources, Marshall argues that the Lakota philosophy still has its place.”