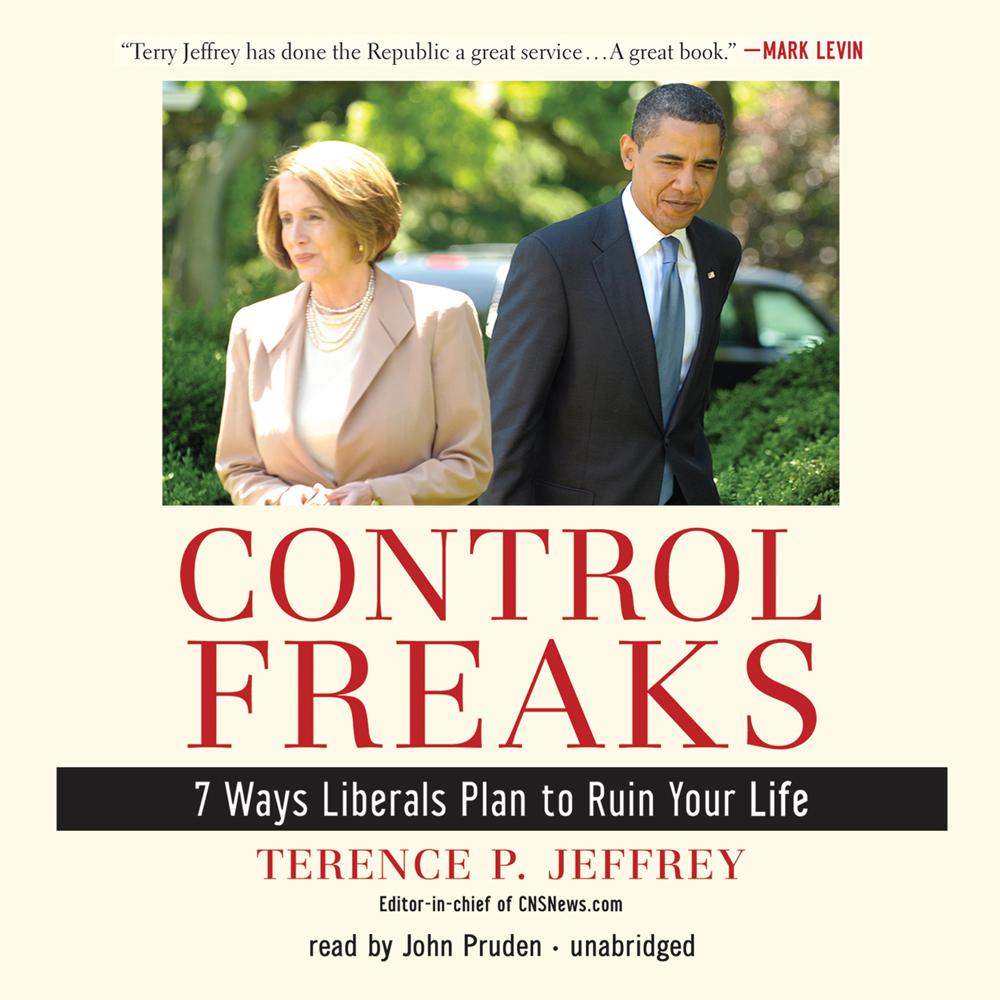 In 2008, Democrats won a sweeping victory, seizing the White House and the majority in both houses of Congress. We knew this meant liberals would be in charge of the federal government—but what many Americans didn’t anticipate was that they would use this supposed “mandate” as an excuse to try and run every single part of our lives. From curbing our speech under the guise of “hate crime legislation,” to limiting our movement through “green” initiatives, to controlling our end-of-life decisions through “healthcare reform,” liberals have embarked on a breathtaking campaign to strip us of our God-given constitutional rights and reshape America. In Control Freaks, Terry Jeffrey, editor-in-chief of Cybercast News Service (CNS) and well-known political commentator, exposes this shocking power grab—and shows us how to fight back.

“If you needed a two-word description of a liberal, ‘control freak’ would do it. Terry Jeffrey has done the Republic a great service by exposing the left’s radical agenda to control every aspect of your life. A great book, and a great reminder that the Constitution and the Founding Fathers stand in direct refutation of Obama, Pelosi, and Company and their control freak agenda.”

“Terry Jeffrey lifts the curtain on the machinations of the left. He explores the history of our earliest government to extract the principles the Founders expected us to protect—and which the left denies in their agenda to take over every aspect of our lives. In the process, Jeffrey reminds us of why we must protect our freedoms from those who have lost the Founders’ vision.”

“Terry Jeffrey has it right.”

“Men flourish when they are free. In Control Freaks, Terry Jeffrey continues the fight he has long been engaged in, to keep that Founding vision of the United States alive, at a time when too many government agencies are slouching left-ward, toward Europe. Buy Control Freaks, pass it around, and feel free to have tea with it, too.”