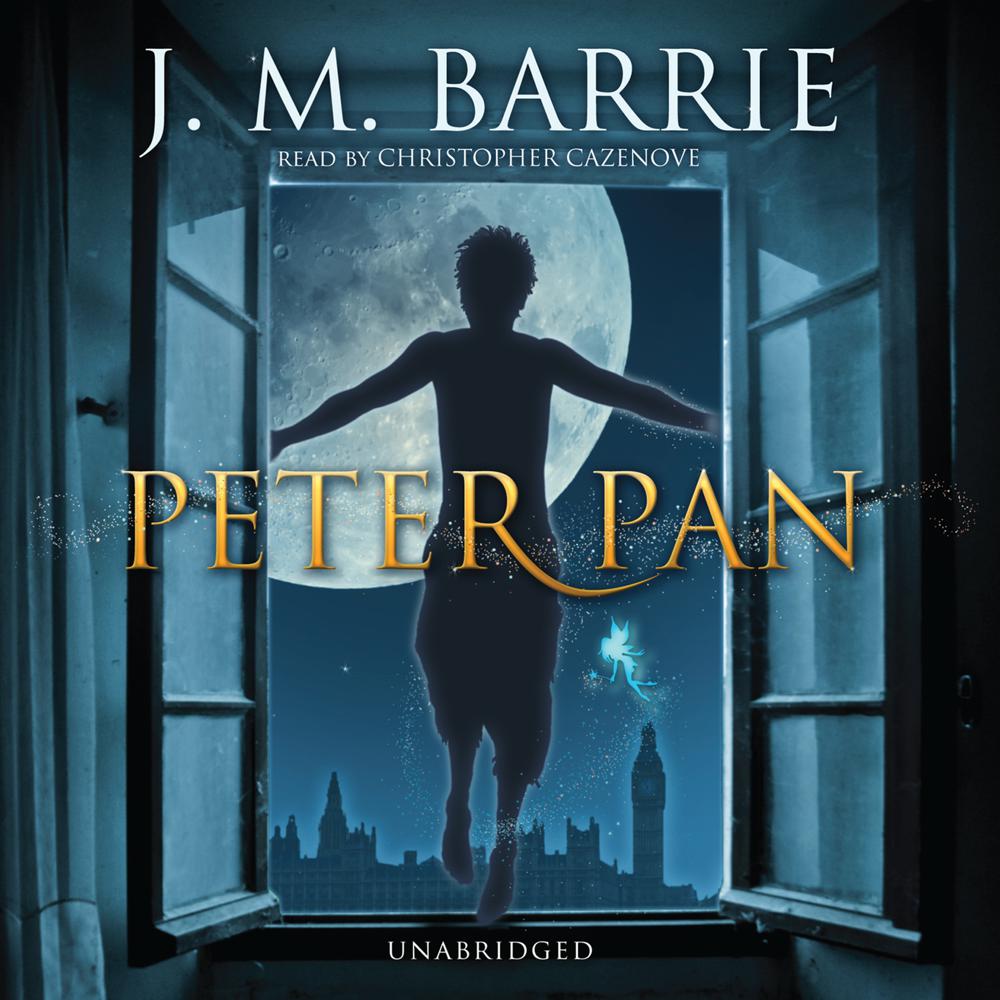 Barrie works an indisputable magic on listeners of all ages in this classic tale of the boy who wouldn’t grow up. As a baby, Peter Pan fell out of his carriage and was taken by fairies to Neverland. There, he can fly and is the champion of the Lost Boys and a friend to the fairy Tinker Bell. Revisiting England, Peter becomes involved with Wendy Darling and her younger brothers, all of whom accompany Peter to Neverland. The children have many adventures and vanquish the pirate Captain Hook. The Darlings eventually return home with the Lost Boys, leaving Peter Pan to his perpetual boyhood.

Since Peter Pan first appeared as a play in 1904, the boy hero has achieved mythological status in the English-speaking world. The story’s emotional truths about youth, freedom, and responsibility continue to touch the heart and thrill the imagination.

“There are approximately one million versions of English literature’s original ‘orphan children being menaced by an unhinged adult’ story, Peter Pan, on the audiobook market. But the performance that is the most comforting to settle into is Peter Cazenove’s warm, measured narration from 2010. Not only will Peter Pan’s subject matter appeal to ASoUE fans, but Barrie’s prose—like Snicket’s—is extremely conversational, and Cazenove reads it with a conspiratorial grandfatherliness that fans of ASoUE will adore.”

“Christopher Cazenove brings the world of Peter Pan, the eternal youth, and his sidekick, Tinker Bell, to life. From the moment Peter flies in through the open nursery window, Cazenove delivers the story of Peter and the Darling children with a sense of adventure. In a distinctive British voice Cazenove gives a definitive personality to each character…Families will enjoy this audio treat.”