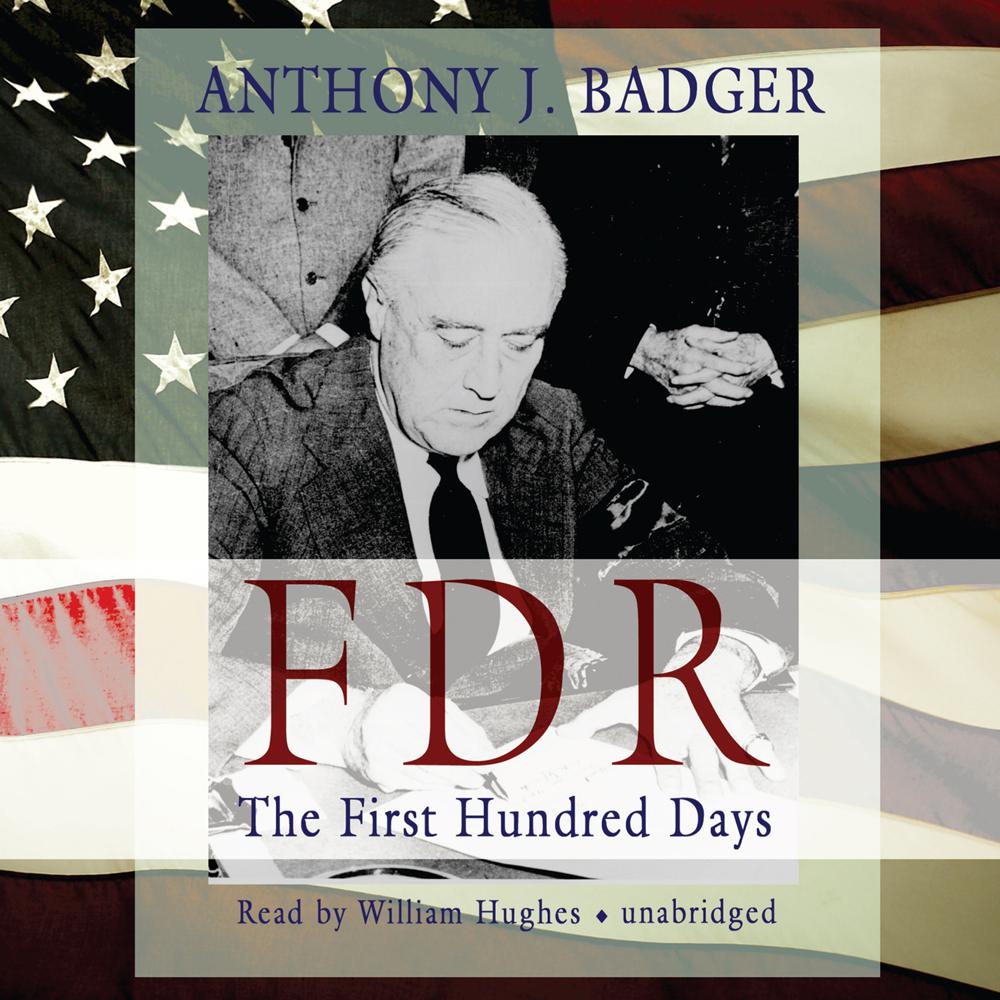 Franklin Roosevelt entered the White House in 1933 confronting twenty-five-percent unemployment, bank closings, and a nationwide crisis in confidence. Between March 9 and June 16, FDR sent Congress a record number of bills, all of which passed easily. With reforms ranging from the legalization of alcohol to mortgage relief for millions of Americans, Roosevelt launched the New Deal that conservatives have been working to roll back ever since. Badger emphasizes Roosevelt’s political gifts even as the president and his Brains Trust of advisors, guided by principles, largely felt their way toward solutions to the nation’s manifold problems. Reintroducing the contingency that marked those fateful days, Badger humanizes Roosevelt and suggests a far more useful yardstick for future presidents: the politics of the possible under the guidance of principle.

“Professor Anthony Badger’s FDR: The First Hundred Days…reveals the truth behind the myths. American was in a much worse situation in 1933 than it is today.”

“Top of the political class’s reading list on both sides of the Atlantic at Christmas was Cambridge historian Anthony Badgers slim, brilliant volume, FDR: The First Hundred Days. In Chicago, the impatient Barack Obama administration has made no secret of its determination to emulate Franklin D Roosevelt’s 1933 blitzkrieg on Washington. Similarly, Gordon Brown has anointed Badger’s history his book of the year.”

“I’ve been recommending to friends and colleagues…Tony Badger’s new book on Roosevelt, FDR: The First Hundred Days…It’s a classic example of how a work of history can illuminate the issues we’re dealing with today…It’s a brilliantly written, compelling and moving portrait of the man, and it’s another outstanding example of how British historians add so much to the field of American history.”

“A brilliantly written, compelling and moving portrait of the man.”

“Anthony Badger has written an elegant and bold synthesis about one of the most important moments in American political history. By demonstrating how President Franklin Roosevelt and the Democratic Congress were able to combine a powerful vision of reform and a keen sensibility of political realities, we learn how the First Hundred Days of the New Deal brought together a diverse coalition behind a powerful set of federal policies.”

“Badger adds to our understanding of the details of each law passed by reporting whose idea it was and how it was managed…Every reader will be awed by how much we take for granted today that came into being during FDR’s first hundred days in office.”

“With insight, great judiciousness, and extremely well-ordered pacing, Badger, an expert in American history at Cambridge University, reviews the pieces of legislation and analyzes their effectiveness. An important book in contributing to a complete picture of twentieth-century U.S. history that is clear and accessible.”

“Narrator William Hughes handles the rapid-fire political and economic details without theatrical characters or emotion. With a quick pause in the narration, he makes it clear when he speaks the words of someone not the author. Hughes enhances the sometimes-tedious rhetoric by varying his pitch and rhythm, making the delivery conversational. Hearing this audiobook in the light of the new Obama administration, facing similar challenges, makes it more timely and appealing.”