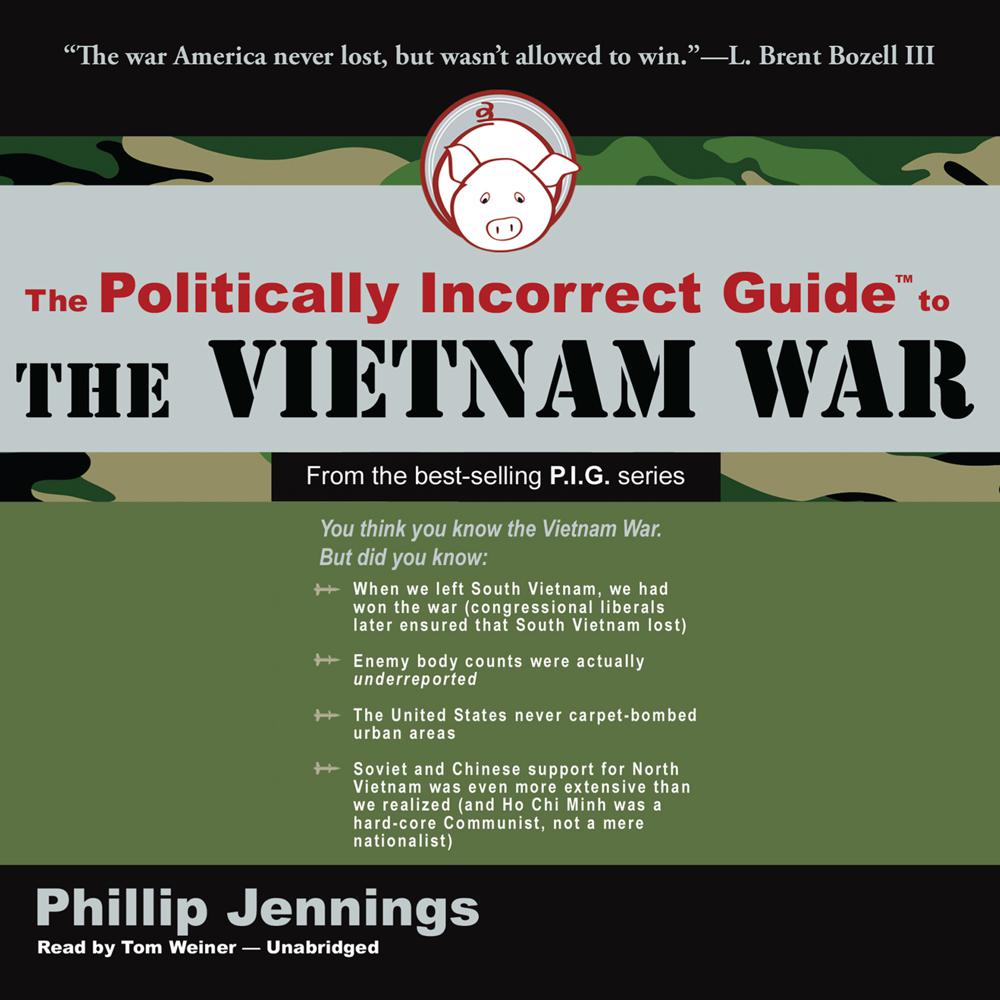 No war in American history is so shrouded in obfuscation and myth as the Vietnam War. "Vietnam" has entered into our national memory as a byword for disaster, usually accompanied by the word "quagmire," and the specter of the war has haunted our foreign policy discussions ever since. Left-leaning historians with a political agenda, aided and abetted by the liberal media, have convinced the world that for America, the Vietnam War was a tragic and dismal failure. Liberal pundits and leftist professors have been telling lies and getting away with it—despite the fact that the war was televised and has been the subject of innumerable books and studies.

In The Politically Incorrect Guide to the Vietnam War, Phillip Jennings finally sets the record straight. Jennings, who fought in Vietnam as a marine pilot and later as a pilot for the CIA's Air America, shatters the near universally accepted myths and politically correct lies that have for decades obscured the truth about what happened in Vietnam.

Jennings has made a lifetime's study of the war, and here he provides the surprising truth, backing it up with facts that the liberal pundits ignore. He demonstrates that the United States did not lose the Vietnam War—in fact, we won it. Far from failing dismally, the United States achieved its goal in Vietnam: we stopped the spread of Communism. Jennings explains how the cultural chaos of the 1960s and 1970s negatively influenced the Vietnam War, not the other way around. Without the sacrifices made and the courage displayed by our military in Vietnam, the world would be a very different place today.

The Politically Incorrect Guide to the Vietnam War reveals:

–How John F. Kennedy's "firm stand against Communist aggression" took the form of an unclear, waffling policy that led to a series of blunders by liberalism's "best and brightest" foreign policy and defense advisers

–How Richard Nixon effectively won the war, while rapidly withdrawing US troops—only to watch a liberal Congress throw America's victory away

–How liberal Democrats continue to try, outrageously, to present their scuttling of South Vietnam as moral and political wisdom

The Politically Incorrect Guide to the Vietnam War at last reveals the truth about the battles, players, and policies of one of the most controversial wars in US history.

“[Jennings’] account skillfully weaves together a wealth of historical facts that blow apart the myths handed down by professors and journalists.”

“Captain Jennings walks us through this tragic struggle, the war America never lost, but wasn’t allowed to win, either.”

“This book debunks so many of what our generation’s warriors know to be ‘The Myths of Vietnam’ that it needs to be required reading…Our generation has found an honest man.”