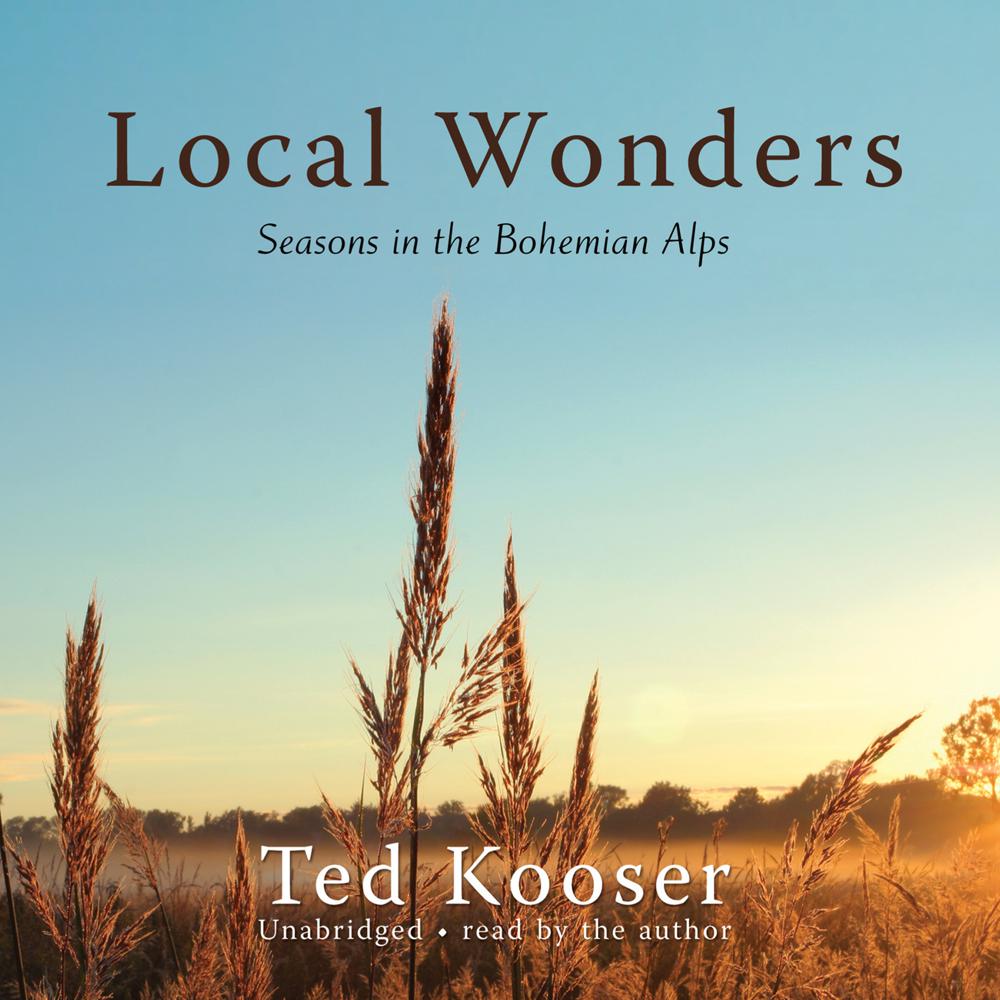 Ted Kooser describes with exquisite detail and humor the place he calls home in the rolling hills of southeastern Nebraska, an area known as the Bohemian Alps. Nothing is too big or too small for his attention, including memories of his grandmother’s cooking. Kooser also reminds us that the closing of local schools, thoughtless county weed control, and irresponsible housing development destroy more than just the view.

What makes life meaningful for Kooser are the ways in which his neighbors care for one another and how an afternoon walking with an old dog, baking a pie, or decorating the house for Christmas can summon memories of his Iowa childhood.

This writer sees the extraordinary within the ordinary, the deep beneath the shallow, and the abiding wisdom in the pithy Bohemian proverbs that are woven into his essays.

“Quietly eloquent…a heartfelt plainspoken book about slowing down and appreciating the world around you…Maybe it’s exactly the feeling your friends, even you, are looking for.”

“Kooser forges connections with the past through witty, commonsense proverbs inherited from Czech and German immigrants to southeastern Nebraska. The proverbs lend a poetic folk wisdom to the examination of his rural environs.”

“Kooser’s book doesn’t venture far geographically but travels great distances along the lengths of wisdom…Kooser is a poet by nature, and his essays have the generous feel of a man who’s rolled up his sleeves, pen in hand, for a long time, choosing words as an act of beauty, and knowing the small things of the world are of great import.”

“With Thoreaulike reflection and insight, the author artfully engaged this reader in a lyrical embroidery of this neighboring frontier. Weaving images in soothing language, Kooser meticulously captures the nuances of life as it evolves in a country setting in which he is both observer and participant.”

“What Kooser does in this remarkable book is describe in exquisite—and understated, humorous—detail the place where he lives: the rural area of southeastern Nebraska. Kooser is one of our finest poets and has, over the years, published a series of poems about the rural life in Nebraska that are superb evocations of place. Here, he does the same thing in prose, again and again, discovering the extraordinary in the ordinary, the pithy underlying truth of conventional folk wisdom.”

“Artist and farmer Ted Kooser, who took up residence in the Bohemian Alps of Nebraska in the 1980s, shares his observations and thoughts about the region and his life. His gravelly voice sets the scene well as he gives listeners a tour of the area, conveying the wisdom that comes with life’s experience. His memoir, framed around the four seasons, jumps from childhood reminiscences to history to personal anecdotes, with a major life event capping it all off. If you want to share the experience of painting outdoors in the spring, making applesauce, or visiting a Mennonite thrift store, Kooser paints those experiences, and more, with his words.”

“Season by season, Kooser reflects upon life in, around, and beyond his home nestled in the rolling hills of eastern Nebraska...Through his eyes, we learn to see, then appreciate, the beauty and grace in everyday miracles, the comfort and sanctity in local wonders.”

“It is not nature alone, Kooser’s beautiful book reminds us, but the play of the imagination on nature—the mind that can speculate on the connection between stars and moths—that produces glory and brings insight into life’s inescapable truths.”