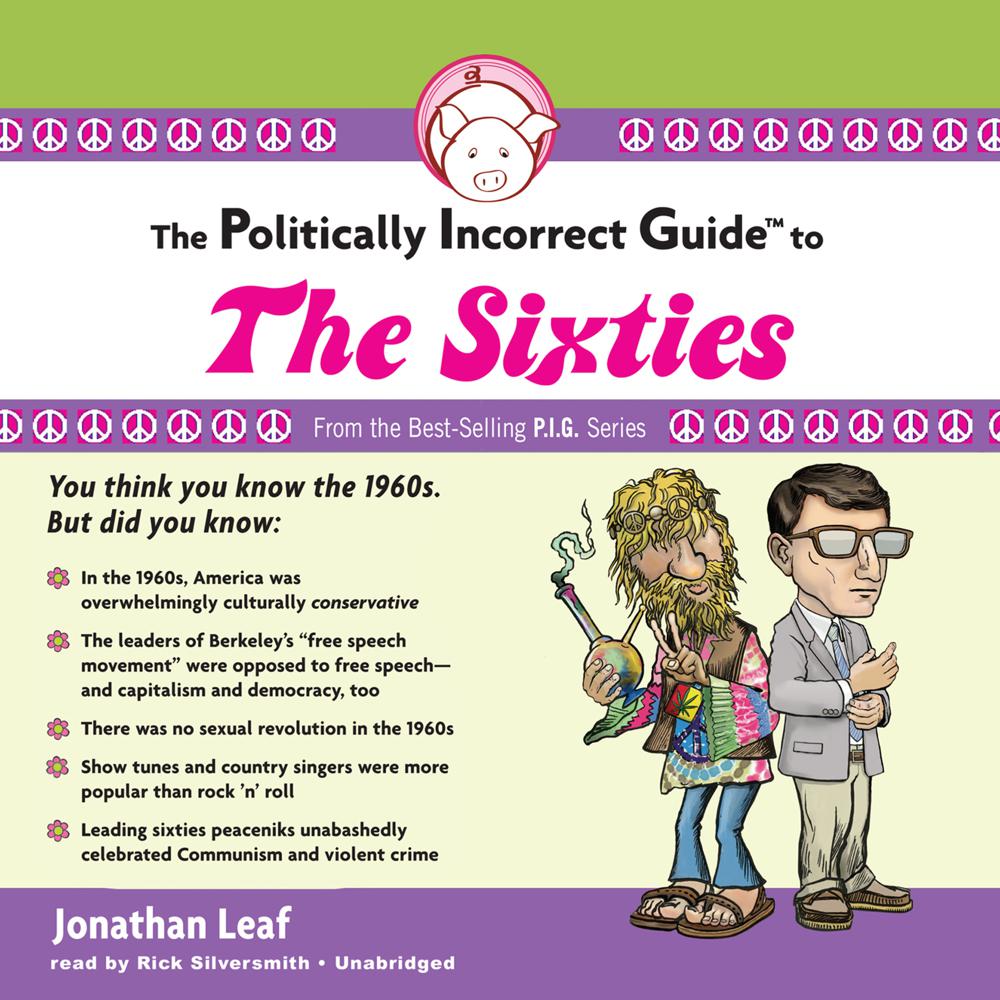 In this blast from the past, critically acclaimed playwright and journalist Jonathan Leaf reveals the politically incorrect truth about one of the most controversial decades in history: the 1960s.

Did you know that the civil rights movement did little to improve the lives of average African Americans or that most Americans actively supported the Vietnam War and the draft? The Politically Incorrect Guide to the Sixties proves the anti–Vietnam War sentiment and free love slogans that supposedly “defined” the decade were just a small part of the leftist counterculture. The mainstream culture was more politically incorrect—but you’ll never hear that from a liberal pundit or read it in a politically correct textbook.

“Rick Silversmith’s voice is smoky and guttural—he makes the words snap, elongating syllables for emphasis, delivering the text with a certain angry earnestness that would sound equally at home in a dramatic context.”

“In this fact-based and well-balanced overview, journalist/playwright Leaf debunks popular myths and assumptions about the 1960s. His deep and wide-ranging research delves into campus unrest, politics, rock ’n’ roll, fashion, hippie culture, and, in the most illuminating section, the Vietnam War and its protesters…Anyone interested in a fresh look at this mythologized and romanticized decade will find much to ponder here.”

“Has any decade been more mythologized than the 1960s? I doubt it. Read Jonathan Leaf, who corrects and debunks the conventional wisdom—and who also teaches us interesting and important things about that time, and ours.”

“Jonathan Leaf almost makes the ’60s worth it in this merciless debunking of the myths of our decade of shame. Fun, informed, and—above all—valuable.”