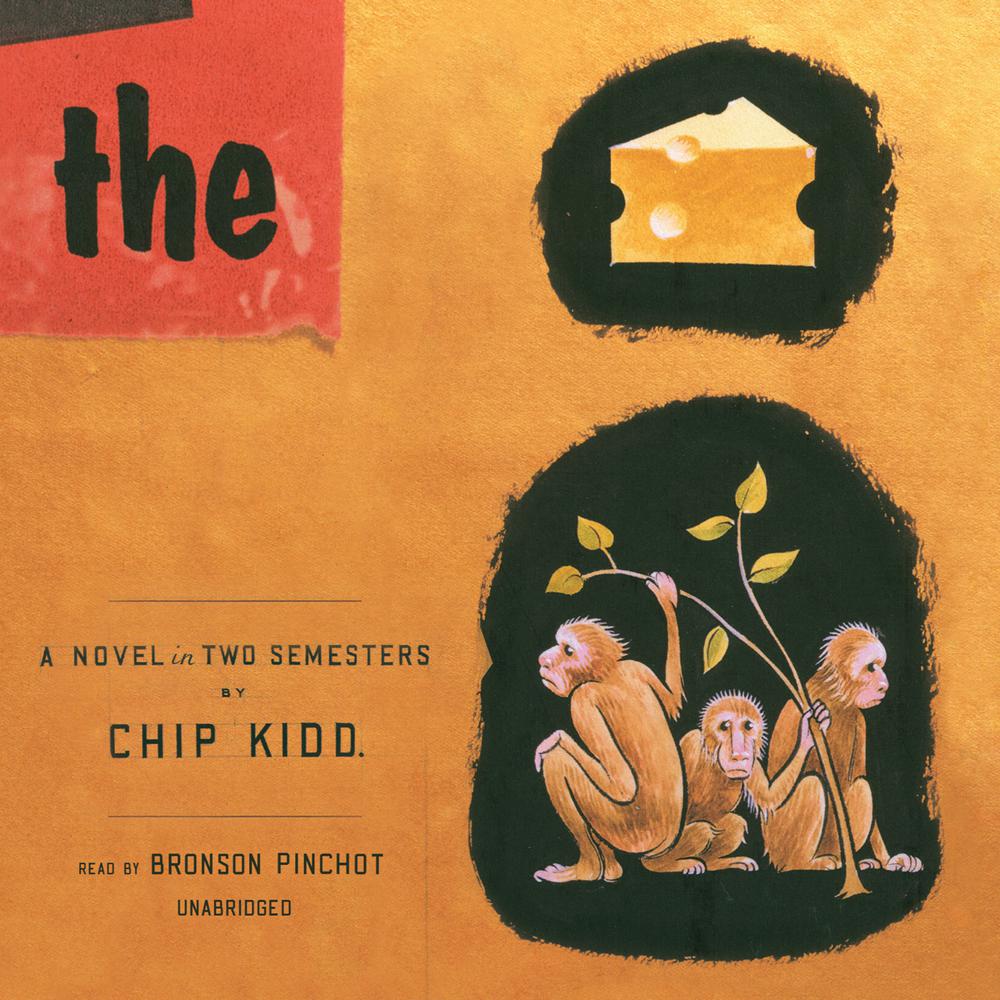 Chip Kidd’s witty and effervescent coming-of-age novel can only be described as a portrait of the designer as a young man. It’s 1957, long before computers have replaced the skillful eye and hand, and our narrator at State U is determined to major in Art. After several risible false starts, he ends up by accident in a new class called “Introduction to Graphic Design,” taught by the enigmatic professor/guru Winter Sorbeck—equal parts genius, seducer, and sadist. Sorbeck is a bitter yet fascinating man whose assignments hurl his charges through a gauntlet of humiliation and heartache, shame and triumph, ego-bashing and enlightenment. By the end of The Cheese Monkeys, the members of Art 127 will never see the world the same way again. And, thanks to Chip Kidd’s insights into the secrets of graphic design, neither will you.

“This story about growing up and finding your calling is funny and, almost despite itself, moving.”

“The Cheese Monkeys is a wonderfully witty book that trafficks in both well-observed commentary and outrageous shenanigans and antics.”

“Kidd has succeeded in crafting an affecting and entertaining work both slap-happily funny and heartbreakingly sad. A stellar debut.”

“Narrator Bronson Pinchot delivers a relentless performance as Professor Sorbeck, the enigmatic genius responsible for teaching the future to a group of uninspired and often-hilarious students at State University. Pinchot’s delivery is fast and furious yet always fully understandable and, perhaps, all the more realistic. Nothing is watered down in this story, including Pinchot’s take on the colorful cast of characters that populate the university grounds.”

“A sharp, fast-paced, and well-packaged academic satire, along the lines of James Hyne’s The Lecturer’s Tale.”

“Sorbeck shines in three dimensions on the page, a living representation of the larger-than-life professor that luckier college students have a chance to know. This is a fascinating, funny, and wonderfully written novel of graphic design that manages to deepen the reader’s appreciation for the artistry and wonder of design without a single drawing.”

“Suck brains with a genius who really is a genius: that is, when you read this book.”