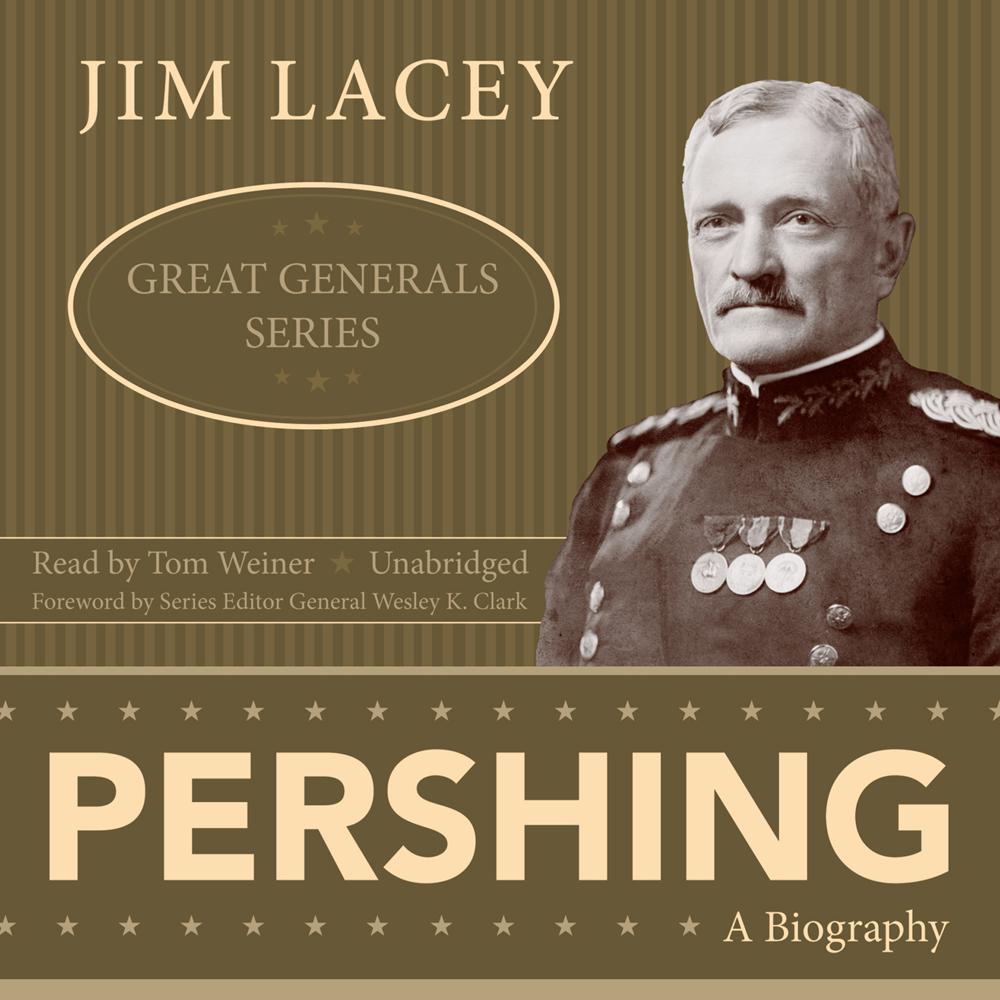 In this persuasive biography, Jim Lacey sheds light on General Pershing’s legacy as the nation’s first modern combat commander, setting the standard for today’s four-star officers. When the US entered into World War I in 1917, they did so with inadequate forces. In just over a year, Pershing built and hurled a one-million-man army against forty battle-hardened German divisions, defending the hellish Meuse-Argonne and turning the tide of the war. With focus and clarity, Lacey traces Pershing’s development from Indian fighter to guerrilla warrior against the Philippine insurgency to victorious WWI commander.

“A first-rate life of a great American general who is all too often overlooked or underestimated today.”

“Jim Lacey has provided a wonderful study of Pershing and his generalship that is well researched, but even more important brings a real understanding of the art of leadership to the subject.”

“Tom Weiner’s resonant baritone voice is a good match for Pershing’s story. His staccato delivery is somewhat quick but clear, and he narrates with the confidence and authority befitting a general. Weiner makes one want to hear the entire work in one sitting.”

“Lacey’s contribution to the Great Generals series substantially redresses the balance in Pershing’s favor by underlining his achievements.”