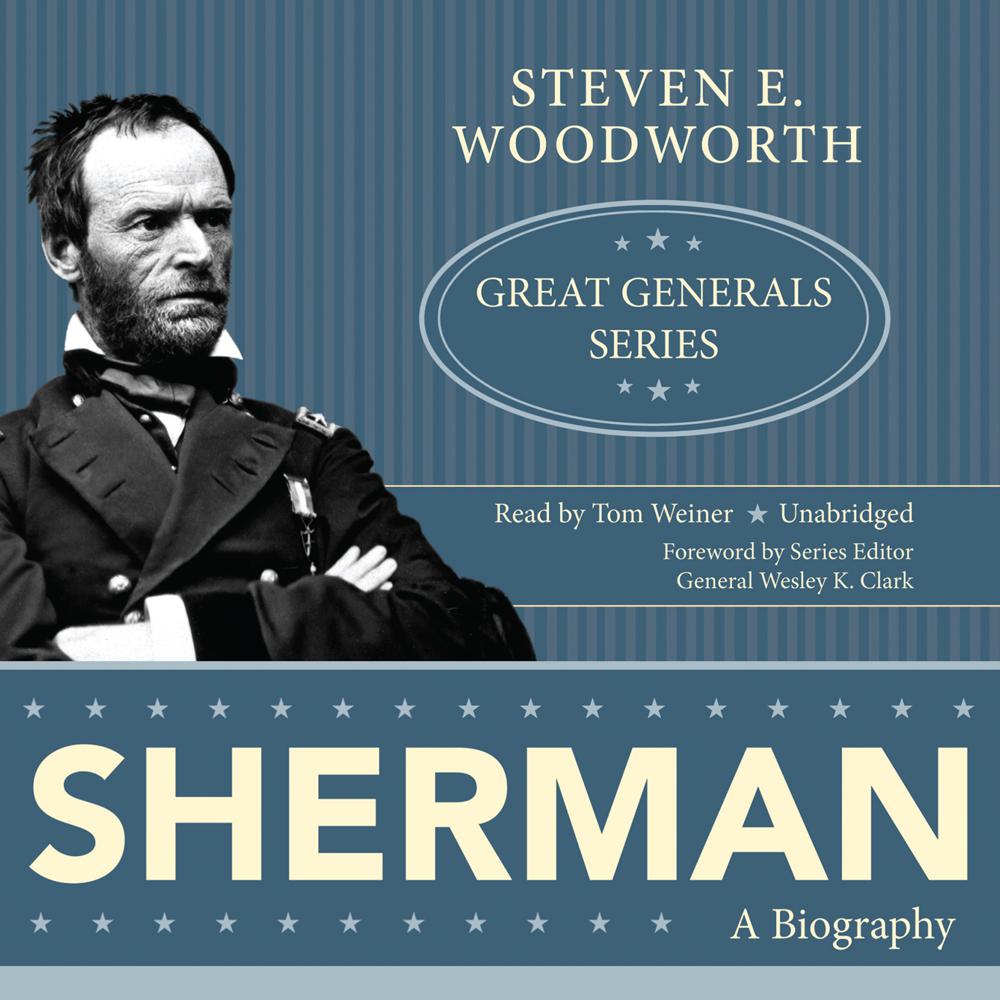 William Tecumseh Sherman was an American soldier, businessman, educator, and author who served as a general in the Union Army during the American Civil War. He received recognition for his outstanding command of military strategy, as well as criticism for the harshness of the “scorched earth” policies that he implemented in conducting total war against the Confederate states. Military historian Basil Liddell Hart famously declared that Sherman was “the first modern general.”

“Military historian Steven Woodworth has cracked the code of one of the Civil War’s best-known, complex, and most controversial [figures]…Woodworth has fully captured the man with concision, precision, and style.”

“[A] gem of a military biography. To read it is to cut through the myth and see the real William T. Sherman.”

“Taking guidance from the story’s description of Sherman’s personality, narrator Tom Weiner speaks with an assertive, strong voice. He strikes a brisk pace through Sherman’s training at West Point, his early army experiences, and finally his battles, culminating in the capture of Atlanta from the Confederates at the war’s end. Weiner’s strong performance helps showcase an exemplary biography of character and leadership.”