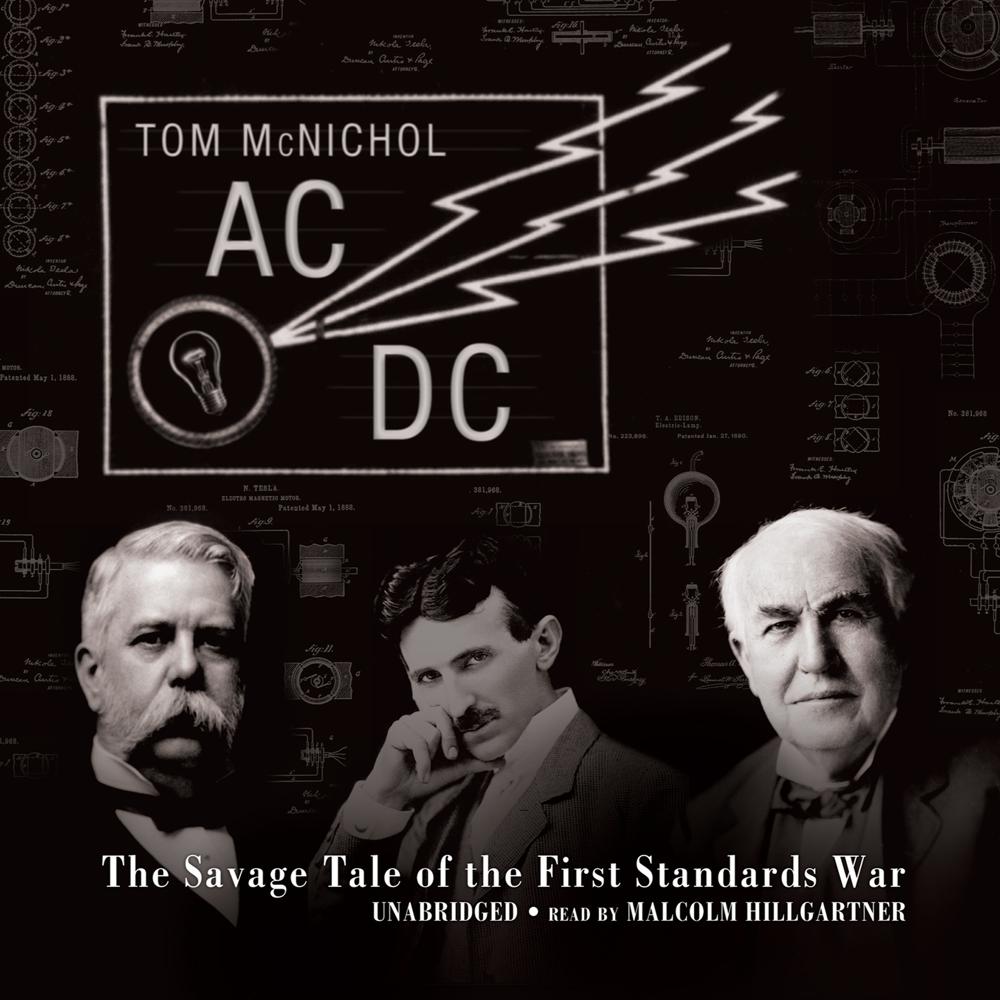 Long before there was VHS versus Betamax, Windows versus Macintosh, or Blu-Ray versus HD-DVD, the first and nastiest standards war was fought between alternating current (AC) and direct current (DC).

AC/DC tells the little-known story of how Thomas Edison bet wrong in the fierce war between supporters of alternating current and direct current. The savagery of this electrical battle can hardly be imagined today. The showdown between AC and DC began as a rather straightforward conflict between technical standards, a battle of competing methods to deliver essentially the same product, electricity. But the skirmish soon metastasized into something bigger and darker. In the AC/DC battle, the worst aspects of human nature somehow got caught up in the wires: a silent, deadly flow of arrogance, vanity, and cruelty. Following the path of least resistance, the war of currents soon settled around the most primal of human emotions: fear.

AC/DC serves as an object lesson in bad business strategy and poor decision making. Edison's inability to see his mistake was a key factor in his loss of control over the "operating system" for his future inventions—not to mention the company he founded, which would later become General Electric.

The battle over whether alternating or direct current would be the standard for transmitting electricity around the world changed the lives of billions of people, shaped the modern technological age, and set the stage for all standards wars to follow. Today's Digital Age wizards can take lessons from Edison's fierce battle: control an invention's technical standard and you control the market.

“From the twisted copper wires of electricity’s early years McNichol spins a story buzzing with genius and fraud, ambition and infamy, hilarity and humiliation. It’s a joy to read: a comic operetta of American industrial history, full of great men, small minds and an alarming number of dead dogs.”

“Few writers explain technology as well as Tom McNichol. No one’s as good at finding the humor in it.”

“A tale of astonishing genius and greed, a perfect reflection of the competing forces that built corporate America. McNichol offers us a ringside seat at the birth of a superpower, and it’s a bloody, messy, and altogether fascinating spectacle.”

“Though a battle over electrical standards sounds dry, this tale is anything but…[The] book tantalizingly scratches the surface of Edison’s ingenuity and force of will, Westinghouse’s shrewd business sense, and most of all the sheer eccentricity of Nikola Tesla.”

“A fascinating account…Hillgartner provides a vocal edge that shifts the story from a potentially drab read to an intriguing listen…[His] commanding voice enhances the authority of the text, providing more legitimacy to McNichol’s narrative.”

“You’ll never look at your wall socket the same again.”

“A fascinating history of the battle that decided what comes through the wires when we flick a switch. A great story of how far people will go to prove they’re ‘right’—and make a buck.”